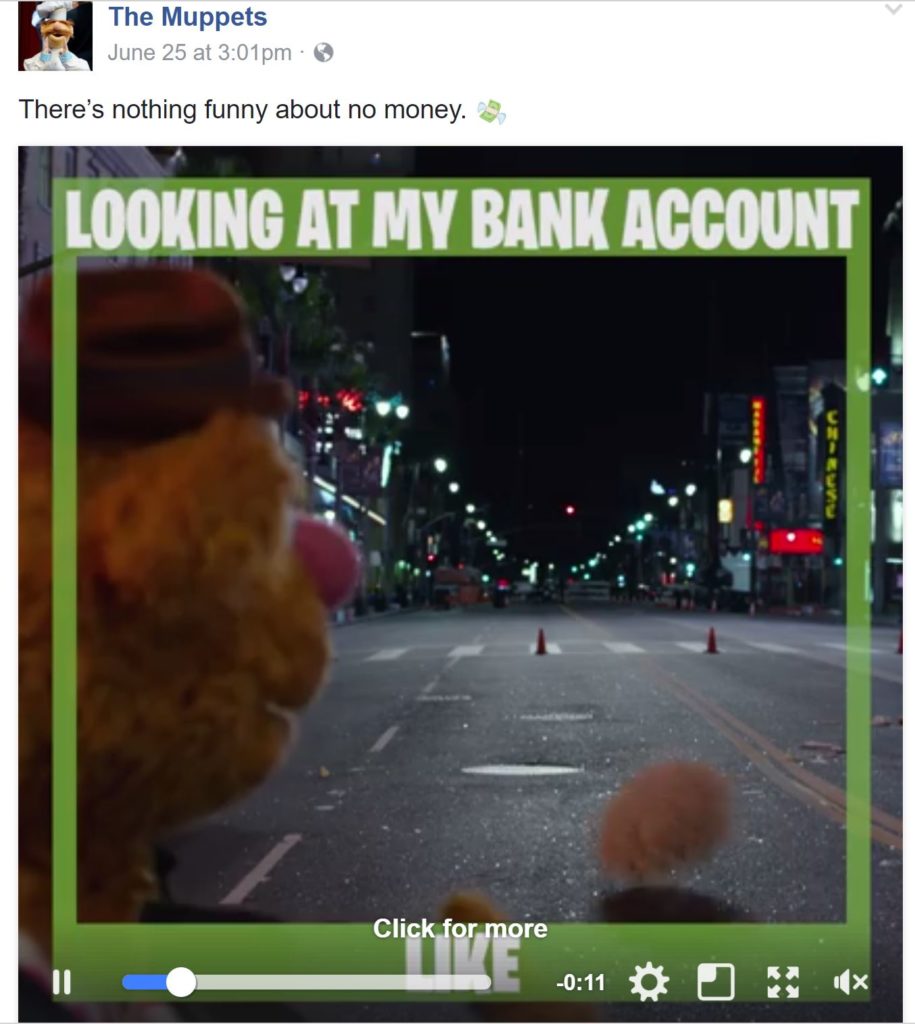 Don’t stare at this image waiting for it to move. Like I said, it’s a screenshot.

This link may or may not take you directly to the actual Facebook URL.

As seen in the screenshot, it appears to be a fun little video.  Yay, fun little videos!  Those are as fun as they are little!  But wait: It’s silent, and the 13-second clip consists of Fozzie watching the tumbleweed tumble by for a little over three seconds, then the exact same footage repeats three times before looping back to the beginning.  So… it’s not a video?  Okay, then.  It’s a silent, animated internet thingy that plays on a loop.  Well, by golly, that sounds like a gif!  So… it’s a gif?

It walks like a gif, and it talks like a gif.  And it certainly smells like a gif. And yet, it still looks like a video.  It has the play/pause button, and it even has a mute button for turning the non-existent audio on and off.  And, to make things even more confusing, the same Muppets Facebook page regularly posts actual videos that look the same as the silent looping videos… For example, a recent “Cabin Fever” sing-along: 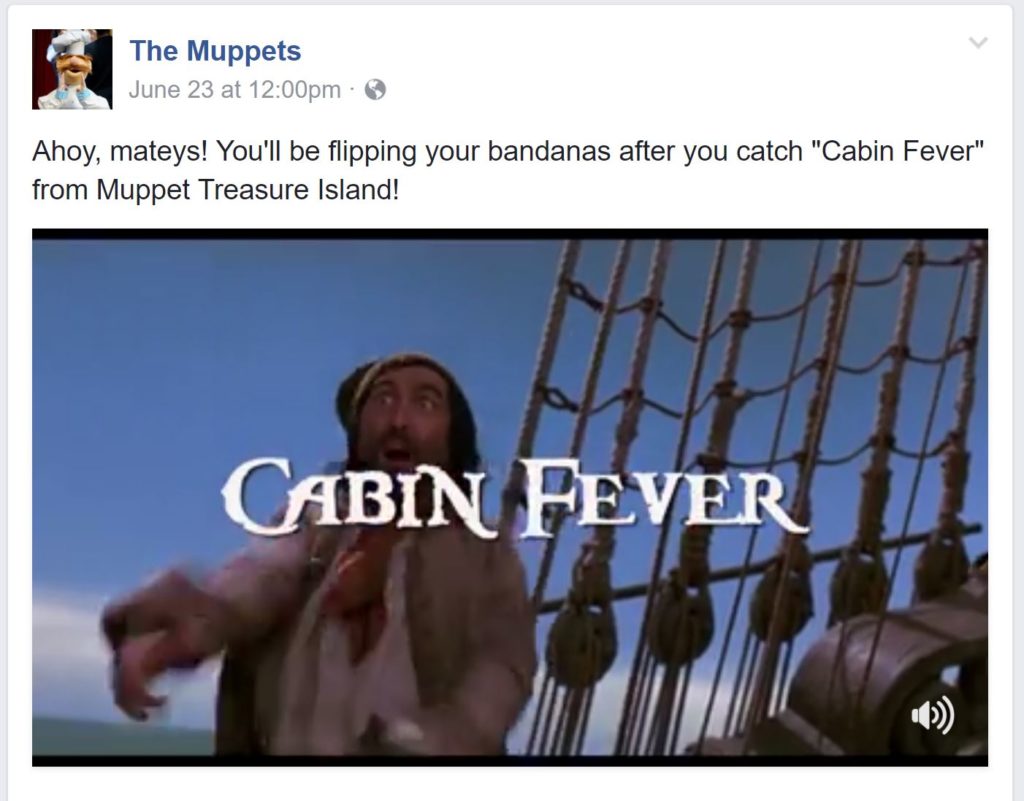 Go ahead, sing along, wherever you are! Maybe your coworkers or the bus driver will join in!

And that one had the same video-looking interface, with the same play/pause button, and the same mute button.  But notably, there was audio — an important component for the vast majority of sing-alongs.  So it’s not too surprising that when Muppet fans see the silent thingies on Facebook, they jump to the conclusion that they’re videos with sound, much like Billy Bones jumped to the conclusion that Gonzo was Jimmy-Jim-Jimmy-Jim-Jim-Jim-Jim in Muppet Treasure Island. 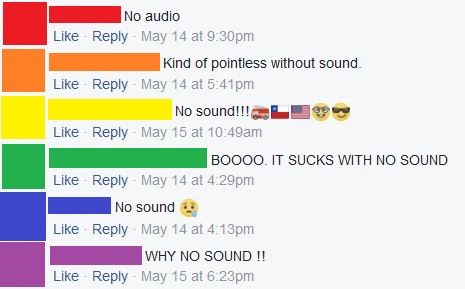 Occasionally, some fans will float the gif theory:

But still, pretty much every time the Muppets posts one of these on Facebook, they get comments complaining about the lack of audio, which is understandable.  Since embedded video came to Facebook, there are all kinds of pages that posts videos regularly.  It might be a sped-up video of somebody making an awesome cake, or a clip of an outspoken citizen DESTROYing a politician at a town hall meeting, or dog and a baby interacting adorably.  Or a dog and a baby making an awesome cake. 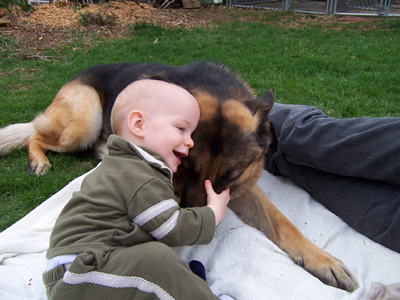 Normally, as far as I know, these embedded videos default to silence, but all you have to do is click the volume button to un-mute them.  And as far as I know, Facebook doesn’t have a way to embed gifs.  But what do I know?  Nothing, that’s what.  Fortunately, I got to talking about this Tough Pigs’ own Scott Hanson, (also a Muppet Wiki admin!) who knows more about this stuff than I do, and here’s what he told me:

GIF developers have been trying to change the way GIFs are produced and published in the past few years. GIF technology requires an awfully large file size for such a small amount of content. For example, a 3-second GIF might be 8MB whereas the same clip in mp4 is less than half a MB and better quality. So the GIFv has been developed and I think it’s playing tricks on the way people consuming them. Facebook is weird about GIFs and I think the way they’re posted is making them look like they have an embedded video interface, which is confusing to some people.

As an aside, I don’t think FB allows GIFs being posted directly yet unless it’s in (the Great) conjunction with an associated app or other hosting provider. So, I think pages are uploading videos with the intention of them behaving the way a GIF would without having to also host the file on giphy or whatever.

Well, that makes sense to me!  Or at least I’m going do my best to pretend it does.  The silent clips on the Muppets’ Facebook are videos masquerading as gifs.  Much like Sam Arrow masqueraded as a ghost in Muppet Treasure Island.

I think I can call it: Yet another question that nobody really cared much about has been officially answered by Tough Pigs!

Click here to not make a sound on the Tough Pigs forum! 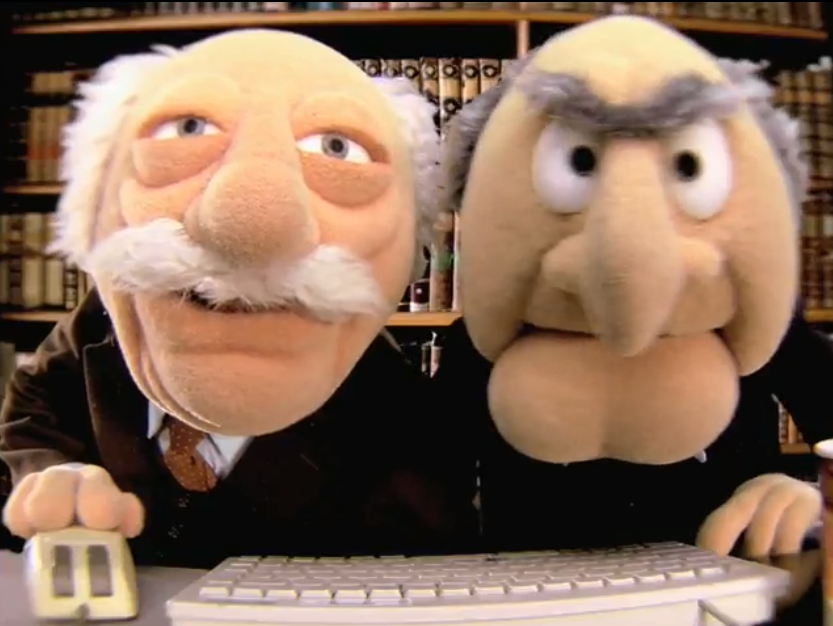