Muppet Babies Has Been Cancelled

Jarrod Fairclough – In disappointing news, we’re sad to report that Disney Junior have decided to cancel the new series of Muppet Babies, which premiered just 9 days ago.

Muppet Babies supervising director and star Matt Danner early yesterday released this statement via Twitter:
It is with great sadness that we are shutting down daycare and ceasing production on Muppet Babies.  While we had a hundred more stories to tell, it seems the top brass at the studio had misconceptions about the show’s premise, and the guy in charge didn’t like what he saw.  Thanks to everyone for their massive support for this show.  Maybe one day we’ll get another shot at making our dreams come true!

Upon further inspection, it appears that ‘the guy in charge’ that Danner was referring to was Walt Disney Studios Chairman Bob Iger, who yesterday during an interview with ABC news stated that the new Muppet Babies wasn’t the same without Skeeter.  It is well known that star of the original series Skeeter is not featured in this reboot, instead having been replaced by Summer Penguin, a brand new character.

A source at Disney who wishes to remain anonymous tells us ‘Bob doesn’t like to parade it around, but he was a big fan of the original Muppet Babies series, especially Skeeter…  He nicknamed his daughter Amanda ‘Skeeter’.

This same source also send us confidential internal Disney documents, which we are posting exclusively here on The Muppet Mindset.  Iger has made it a policy that he is not to be photographed in short sleeves, and these images from an interview with The Hollywood Reporter in 2013 were pulled.  The photos circulated after a now fired employee released them, and our source has stressed that Iger will be furious to see them released, but that it’s necessary to tell the full story.

It seems Iger has a Skeeter tattoo on his left bicep, which he tends to keep hidden, although we’re not sure why.  We approached The Hollywood Reporter for a statement, and they responded thus:
It’s true that Bob Iger asked us to pull the images with his tattoo from the piece.  However we must note that in one of the images that went to print, his love of Skeeter was clear.  We aren’t sure why he was okay with one, but not the other.

We found the piece that The Hollywood Reporter was referring to, and sure enough, this image does in fact reveal Iger’s love of the now defunct character.  Look closely.

That is a Skeeter figurine from a never-run McDonalds toy campaign, and according to Google, is worth over $60,000.

It’s disappointed that Iger would want to end the series because his favorite character was not included, but hopefully he’s able to see the light, and perhaps we’ll get another go at it in the coming years.  The team who put Muppet Babies together did a fantastic job on the 2 episodes that aired, and we should congratulate them on that. 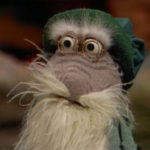 The Cancellation of The Muppets

A Year On From ‘The Muppets’ 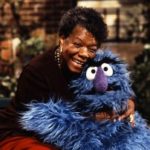