What Is a Modern Muppet (and Does It Matter)?

Today’s article was written by Sam Allen, author and creator of the fantastic Muppet GIF of the Day Twitter account! Many thanks to Sam for this terrific article and a hell of a Twitter feed!

While scrolling through Twitter a few months back, I stumbled upon a tweet by Muppet fan artist Richard Gomez declaring Gonger to be “the most interesting modern Muppet.” At first glance, this statement felt pretty accurate to me, but the longer l thought about it, the more I realized I wasn’t sure what he meant by a “modern Muppet.” I’m certain I’ve used the term many times over the years, but I’d never actually stopped to think about how to define it. I doubt there’d be much argument against it being applied to Gonger since he hasn’t even been around for a decade at this point, and it’s also a safe bet that no one would consider characters whose origins predate man walking on the moon, like Harry the Hipster or Delbert the La Choy Dragon, to be part of that category. However, it was the gray area in between these two extremes that puzzled me. Where exactly should the line be drawn between what is old and new?

I had my own thoughts on the matter, but I was honestly more interested in what the consensus among Muppet fans as a whole might be. Because Cookie Monster taught me that asking questions is a great way to learn about things, I put a poll up on my Twitter asking the following: “How do you define what a ‘modern Muppet’ is in contrast to the ‘classic Muppets’ based on when they debuted?” While there were a lot of opinions represented, the majority seemed pretty evenly split between two of the choices. 45% considered any Muppets created after Jim Henson’s passing in 1990 to be “modern” while 40% only applied that label to characters that debuted after Disney’s purchase of the Muppet characters in 2004.

It didn’t take Colambo to notice how divided Muppet fans actually were when it came to this topic. However, something that caught my eye as I was looking through the comments was how many people pointed out specific characters that they considered to be modern Muppets, with Pepe easily being the most common example. This made me wonder if what makes a Muppet modern might have something to do with the character itself. To test this hypothesis, I created a thread of new polls asking participant to label specific Muppets as being either “classic” or “modern.”

Some of the results were unsurprising, such as Sesame Street’s Abby Cadabby, who has only been around since 2006, having 90.6% of those who participated classify her as modern. On the flip side, 86.4% agreed that Rizzo the Rat, a character that made his debut on The Muppet Show, had been around long enough to be considered classic. However, not all of the results were so cut-and-dried. In fact, the more I looked at some of them, the more it seemed like pinning down a single dividing line between the classic and the modern felt like nailing Jell-O to the wall, which, now that I think about it, sounds like it could have been one of Gonzo’s acts on The Muppet Show. Let me check Muppet Wiki to see if it was.

It apparently was not. The point is it was becoming clear that while age may be the biggest factor for determining whether a Muppet was modern or not, it was clearly not the only one. For example, if the only metric for a Muppet’s modernness was when they debuted, Uncle Deadly should have been a no-brainer for the “classic” side. Even though he’s been around for over 45 years (longer than any other Muppet represented in the poll), The Phantom of the Muppet Show proved to a little divisive, with more than one-third of poll participants viewing him as a modern one. Although it’s possible some that voted might not have realize Uncle Deadly existed before his post-2011 comeback given how few appearances he actually made on The Muppet Show, there were multiple people in the comments who specifically noted that, despite his origins, they consider Deadly more of a modern character because of how much Matt Vogel’s recent take on the character has defined him in their minds.

This would not be an isolated incident, either. Given that they both appeared on The Jim Henson Hour, one would expect Muppet fans to have pretty similar opinions about the modernity of Bean Bunny and Clifford, but one would be wrong. Almost as wrong as preferring Mr. Willowby’s Christmas Tree over Emmet Otter’s Jug-Band Christmas. A slim majority of 55.5% identified Bean as being classic while 61.1% viewed Clifford as a modern Muppet. One cause for this discrepancy could be that a majority of Muppet fans associate Bean Bunny with Jim Henson-directed projects like Muppet-Vision 3D or The Tale of the Bunny Picnic while Clifford is most remembered for his role as the host of 1996’s Muppets Tonight. In fact, Clifford’s result differs from that of Pepe, who made his debut on Muppets Tonight, by only 0.1%, illustrating how similarly many Muppet fans view these two characters despite the former being introduced during Jim Henson’s lifetime.

Which brings us to Elmo, a character that has never been a point of contention among Muppet fans in any way. Elmo first showed up on Sesame Street back in 1980, and by the middle of that decade, Kevin Clash had already established his distinctive voice and personality. Elmo was present when the human cast of Sesame Street saw Mr. Snuffleupagus for the first time in 1986, served as the ring bearer at the wedding of Maria and Luis in 1988, and even sang at Jim Henson’s memorial service in 1990. However, despite his origins dating back to a year in which The Muppet Show was still being produced, just over half of those polled still consider him a modern Muppet.

As someone who was part of Sesame Street’s target demographic during Elmo’s formative years, I can’t even remember a time when the little red monster wasn’t at least a background presence on the show. At the same time, though, I can imagine how the sudden explosion of Elmo-mania in the mid-1990s may have seemed to come out of nowhere to anyone who had grown out of watching pre-school television prior to 1980, leading them to forever associate the character with that later era. So, perhaps our own personal history has as much to do with which Muppets we consider modern as the actual history of The Muppets does. It’s only natural that a 20-year-old who wasn’t even alive when Muppets From Space was released wouldn’t view Pepe exactly the same way as someone who can remember watching The Muppet Movie in theaters back in 1979. And that’s okay.

Having gone down this potentially pointless rabbit hole, maybe it’s for the best that no one tries to establish some universal definition for who is and who isn’t a modern Muppet, especially since the data seems to indicate that we Muppet fans probably wouldn’t be able to agree on one anyway. We all have our own opinions about The Muppets based on our own experiences with them, and that’s not a bad thing. As a wise Fraggle once said, “no two paths are the same.” Besides, time will continue to march on, new things will become old, and some old things may even become new again. But that Gonger is a pretty neat Muppet, am I right?

Click here to debate whether Colambo is a classic or modern Muppet on the ToughPigs forum! 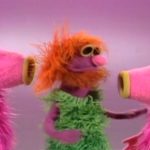 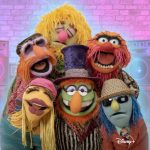 Hopes and Fears for ‘The Muppets Mayhem’