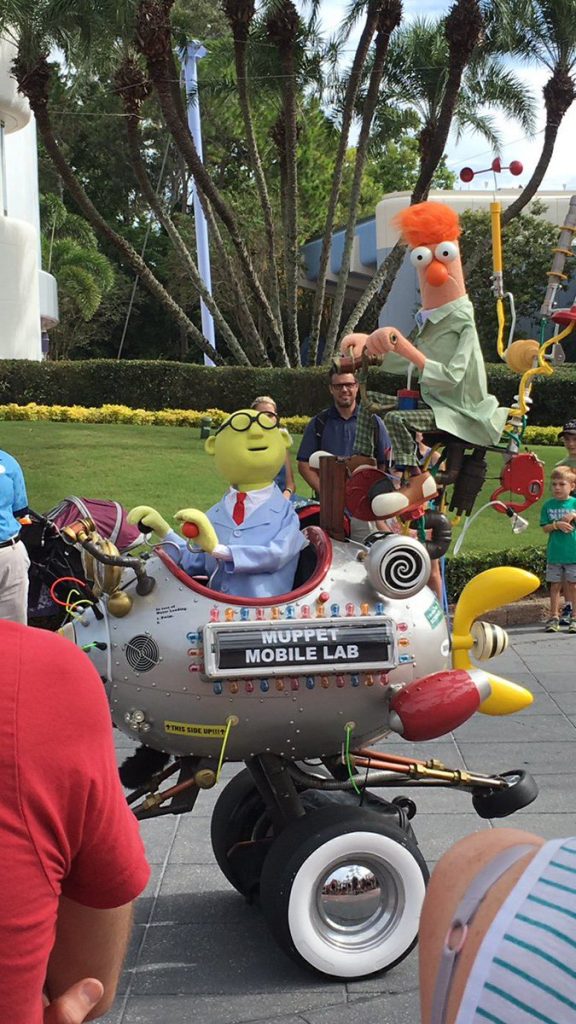 One of the coolest things Disney has ever done (yes, ever) is create the Muppet Mobile Lab – An animatronic version of Bunsen and Beaker that can roll around the park and interact with guests live.  It only stuck around for a short time, and then it was mothballed in 2007.  Now, almost a decade later, it’s back.

Bunsen and Beaker have returned to Epcot at Walt Disney World.  There was even a photo taken earlier today, so it’s officially back!  If you’re lucky enough to get yourself to Orlando, you’ll get to see this amazing exhibit of Imagineering.  If not, then you’ll have to settle for YouTube videos like the rest of us.

Click here to sing along with Beaker on the ToughPigs forum!