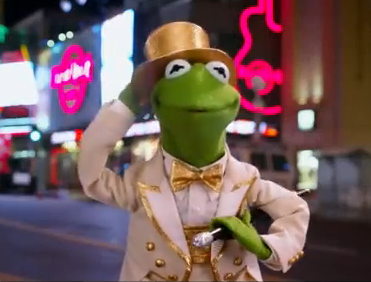 In 2011, we were all pretty dang excited about The Muppets coming to theaters.  I mean, of course we were.  There was nothing (shy of a Muppets From Space debacle) that would keep us from enjoying the heck out of the film.  So the only thing we could do was to find a way to increase our enjoyment.  And the way we did that was to gather Muppet fans together to share the moment.

So on the day of the premiere, we invited Muppet fans from all around the New York City area to join us for a Muppet Fan Screening at a central movie theater.  A bunch of people showed up (not as many as we’d hoped, mainly because it was the day before Thanksgiving and most people had already left town), and our pal Dave Hulteen even shot a video with everyone’s reactions.  It was a blast, and now we want to repeat it.

But we don’t just want to repeat it for the locals.  We also want to extend the Muppet Fan Screenings across the country!  We reached out to some of our friends in other large cities in the USA, and they’ve agreed to help out with this project.  Hopefully we’ll extend this list to more locations, so keep checking back here throughout the week to see if your hometown will have a Muppet Fan Screening too!

The plan is this: A half hour or so before the film starts, show up to the theater and look for your ToughPigs representative.  They’ll be gathering fans, and then about 15 minutes before the film starts, they’ll head into the theater to guarantee that everyone can watch together.  If possible, we’d love to see a group photo of everyone who showed up!  And that’s it!  You’ll get to hang out with your fellow Muppet fans and then have someone to geek out over the movie with after it’s over.

We highly, highly, highly recommend pre-ordering your tickets.  We can’t guarantee seats, and we’d feel terrible if you missed out on seeing the movie on opening day.

Here are the details on the Muppet Fan Screenings (please note that the Atlanta, Salt Lake City, and Chicago screenings will be on Saturday, March 22, and the Phoenix screening will be on Thursday, March 20):

Los Angeles
El Capitan Theatre – 6838 Hollywood Blvd.
7:30pm, Friday March 21
ToughPigs representatives – Matt Wilkie, Rachel Herrick and Raymond Persi
Bonus: Screenings at the El Capitan are preceded by a live show with Kermit and Miss Piggy singing on stage, and you can view props on display from the movie! Also, attendees will include people from LA’s Puppet School, so feel free to bring your own puppets!
Facebook event page

Don’t see your city on our list?  Send us an email if you’re willing to host a Muppet Fan Screening!

Many, many thanks to our friends who have volunteered to help us out with this project!  We’re looking forward to seeing all of you at the movies! 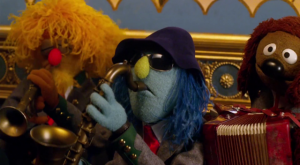 Click here to watch with your fellow fanatics on the ToughPigs forum!

My Week with MuppetFest, Day 2 Part 2: Welcome to Hoboken