Actor Mickey Rooney has been around forever. His acting career began in 1862! Well, that may be an exaggeration, but the point is, he’s a veteran actor, but up to now he had never appeared in a Muppet project. That’s apparently changed now, as some pictures posted on Facebook indicate that he’ll be making a cameo in the new Muppet movie. There’s this one, which features his director’s chair: 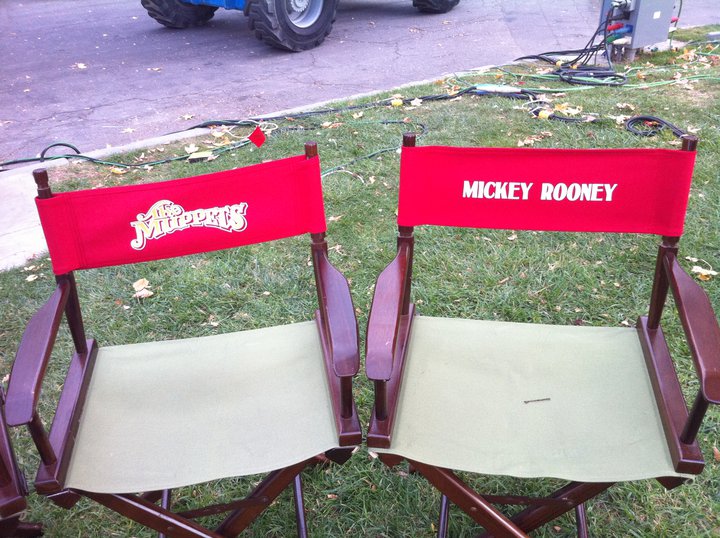 And then there’s this one, with Rooney hanging out with director James Bobin, along with Rooney’s wife and son. 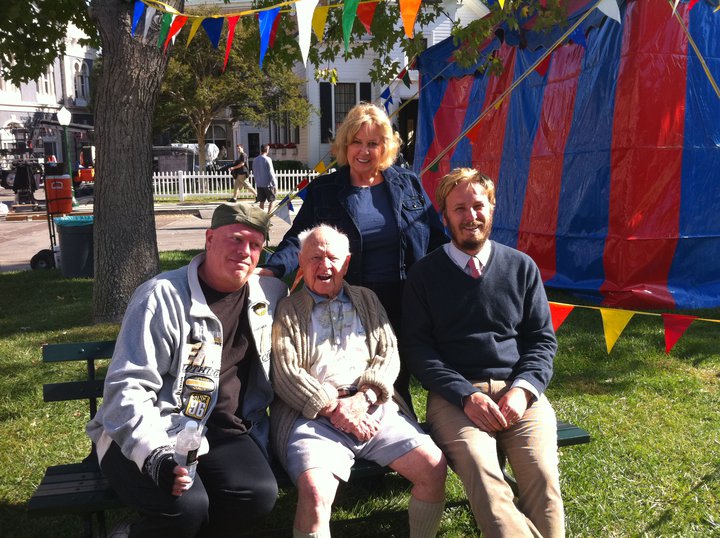 There’s no word on what Rooney’s role is, but I bet you a dollar he’ll be playing an old man. Also, as Tough Pigs’ own Andrew Leal pointed out on our forum, he’s a really appropriate guest star choice, given that Rooney is associated with the “Let’s put on a show!” movie , which seems to be what the Muppets are doing in this movie. And the cameo train rolls on!