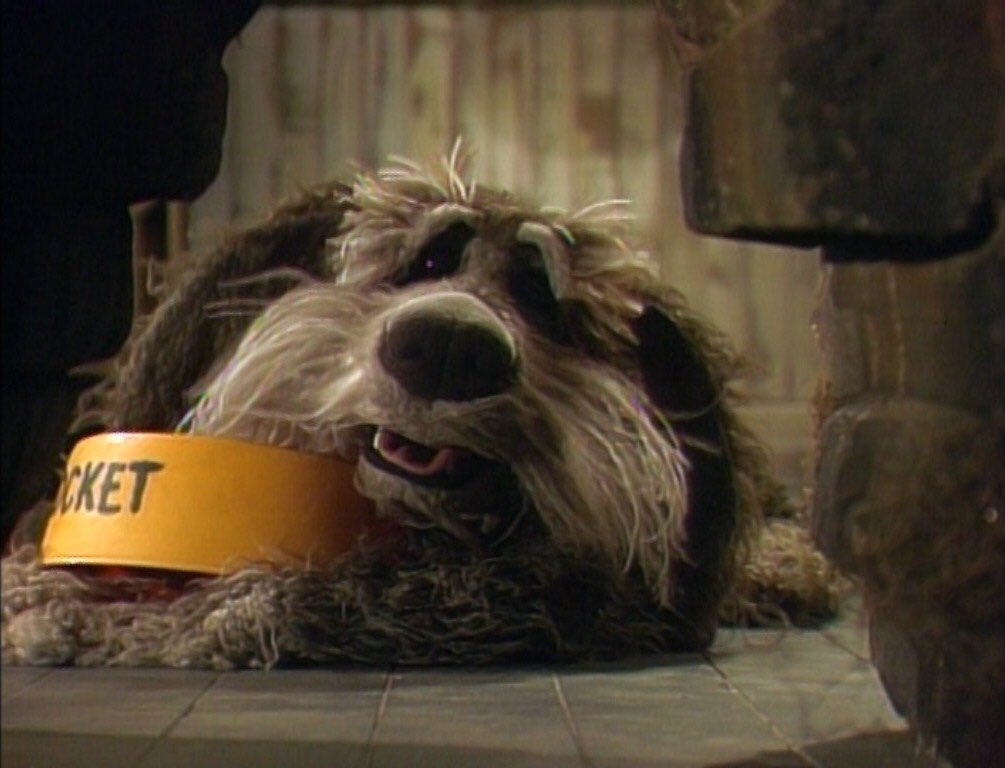 My favorite Muppet of the Moment is Sprocket.

Why did I choose Sprocket as my Favorite Muppet of the Moment?

Fun fact: growing up, I was obsessed with all things dogs, often begging my parents for one as a pet and sometimes going so far as to pretend 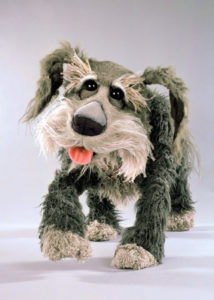 to be a dog (usually in public – yikes). Another fun fact: twenty years later, I now have a full-time job walking and sitting dogs for a living. I’m basically surrounded by dogs 24/7, and I couldn’t be happier.

So, I guess you could say I’m a bit biased towards the canine Muppets.

Rowlf’s already been written about for this series, so I wanted to turn to a dog character who, perhaps, doesn’t often get the attention he so rightly deserves: Sprocket from Fraggle Rock.

No, the show isn’t called Sprocket Rock; obviously, the show focuses on the Fraggles and their lives. But where would the show be without this lovable, furry guy? Sprocket’s always been one of my absolute favorite Fraggle Rock characters – let alone one of my favorites in all of Jim Henson’s productions.

What makes Sprocket so great?

Look, we love Doc, Doc is great, but let’s be honest. Without Sprocket, Doc’s bits would fall flat. People tuned in to Fraggle Rock for those cute Fraggle-y puppets, and it would be odd for there to be just scenes where a human character talks to himself while Fraggles scurry about in the background. The solution? Give the human a great dog sidekick! Boom! Those scene 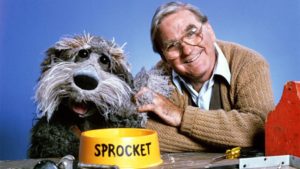 Of course, it helps that Sprocket and Doc have great chemistry. I’ve said it a million times and I’ll say it again, you can always tell when human actors are enjoying themselves on the set of any Muppet-related production. Gerry Parkes (the actor portraying Doc) seemed to constantly be having a great time performing alongside Sprocket, heightening both the scenes and Sprocket as a character. The two play off each other well, making all their stories each episode fun – and sometimes a bit zany.

What’s more, Sprocket is a smart character. He’s given the persona of a pet dog, sure, but there’s so much he’s capable of right off the bat. For starters, he’s onto the Fraggles from the beginning. Like a good dog, he does his best to guard his home from those pesky Fraggles – that is, until he later befriends them. Some of my favorite Fraggle Rock episodes are the one where Sprocket’s stuck in the Fraggle hole and also 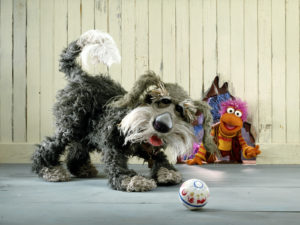 the ones when he ends up visiting Fraggle Rock.

And, I mean, what can’t Sprocket do? Dude can roller skate, work a computer, fix water pipes, he does it all!

Again, I know he’s not the central focus on the show, but without Sprocket Fraggle Rock would lose a key component. Along with Doc and Uncle Traveling Matt, Sprocket helps tie our world – the real word – in with the world of the Fraggles, Doozers, and Gorgs. We’re given a look through Sprocket’s eyes at how weird these little creatures are, and then like him we grow to love and appreciate the world of the Fraggles. All this on top of the fact that Sprocket’s just a flat-out fun character – and a good, good doggo.

Here’s a fun clip of Sprocket trying to get Doc to say the word “Fraggle” through similar sounding words. It highlights the comedic chemistry between Doc and Sprocket!