My Favorite Muppet of the Moment – Lew Zealand

Everyone has a favorite Muppet.  But some of us love the Muppets so much, we simply can’t choose.  It’s like being asked to pick your favorite child when you have 3,143 kids.  So a few years ago (In 2007! Yikes, we’re old.), we declared that henceforth, we will have a Favorite Muppet of the Day.  My comrade Ryan Roe previously wrote a five-part series chronicling a week’s worth of Favorite Muppets, and we thought it’s high time we bring that feature back.

Over the next few months, your ToughPigs team will be sharing their favorite Muppets, along with good explanation, in the spirit of true Muppet appreciation.  Our choices might be as mainstream as Fozzie Bear or as obscure as Anderson Cucumber.  You’ll just have to keep checking in to see who we choose and if we get around to your own favorite!

Now let’s kick things off with my own Favorite Muppet of the Moment! 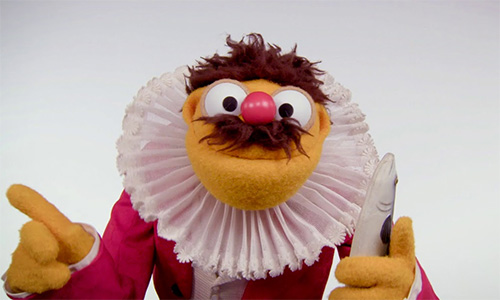 My Favorite Muppet of the Moment is Lew Zealand.

Why did I choose Lew Zealand as my Favorite Muppet of the Moment?

Lew Zealand should not exist.  Don’t get me wrong, I’m awfully glad he exists.  But he was never meant for this world.

Picture this: The Muppet Show writers are writing the Marisa Berenson episode, which involves Miss Piggy tricking Kermit into marrying her on stage.  To offset the (potential) seriousness of the impromptu wedding, Kermit must defuse the situation by introducing the most ridiculous act available.  Head writer Jerry Juhl tasks Chris Langham with figuring out what that act would be, so he culls from his career of writing oddball humor with British comedy icons from Monty Python and The Goon Show, and seconds later announces, “Lew Zealand: Boomerang fish thrower!”  And thus, a golden legend is born. 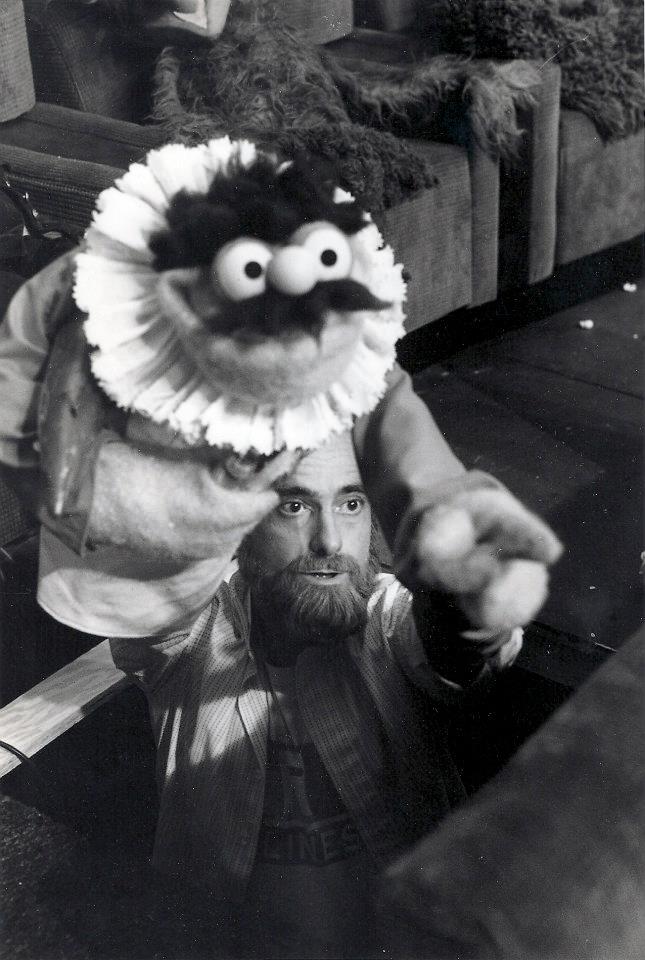 Already, nothing about this character makes sense.  His name is a pun that doesn’t actually refer to anything about his character.  His act is the sort of thing that might get a laugh once, purely due to its unexpected nature.  His appearance is a hodgepodge of ideas, including a clown collar and pointed mustache.  Nothing about Lew Zealand suggests that he should have lasted for more than a few seconds of screen time.

And yet, here we are almost 40 years later and Lew Zealand is a valued member of the Muppet troupe.

There’s something admirable about the resilience of a character like this. Despite every factor pushing against his perpetuation, he has endured.  He has proven the strength of his character simply by being around.  He has often been a force that can stand alongside Kermit and Fozzie and Gonzo, while also hanging around in the background, just waiting for someone who might need a paper towel.

What makes Lew Zealand so great?

This is a guy who is purely defined as “one-note”.  He throws boomerang fish, and that’s about it.  We don’t know where he lives, we don’t know where he gets the fish, we don’t know if he was classically trained in the art of fish throwing or if he’s a self-taught wunderkind in the science of aquatic projectiles.  But the Muppets have always relished in their single-joke characters.

Going back as far as Yorick (he eats things!), continuing through Cookie Monster (he likes cookies!) and The Count (he counts things!), single-attribute characters always had a place with the Muppets to the point of being fan favorites or (dare I say) actual favorites. 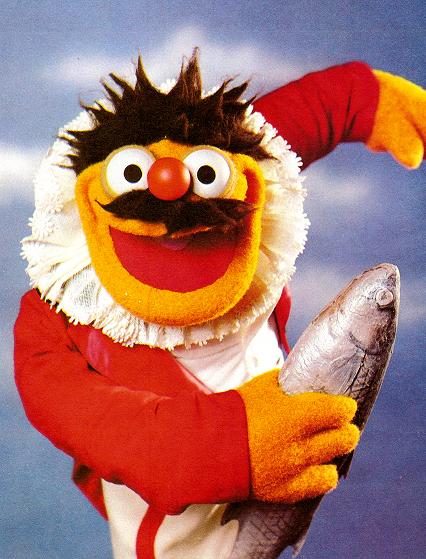 Lew Zealand is no different, as he leaned into his fixation on throwing fish (and, subsequently, having them come back).  Not only is it all we need to know about him, it seems that this is all he wants us to know.  He seems perfectly content being known as the guy who throws fish.

Beyond that, Lew has used his one-dimensionality to embrace the bizarreness of his existence.  He brought paper towels on a heist in The Great Muppet Caper.  He declared with all the confidence in the world that a celebrity is “not a people” in The Muppets.  He is unapologetic in the fact that he’s different.  And that makes him fearless, while also completely at ease with his self-image.

Maybe we should all be a little more like Lew Zealand.  I don’t mean we should take up fish throwing, but we should be comfortable with our interests (as niche as they may be), create our own style (even if it includes wide-hipped pants), and completely ignore what the nay-sayers may think of us.  Embrace the weird, throw a fish, and let it come back to you.

Y’know, Lew had other interests aside from fish throwing.  He’s also totally into fish squeezing.

Click here to sharpen your mustache on the ToughPigs forum!

My Favorite Muppet of the Day: Day Four