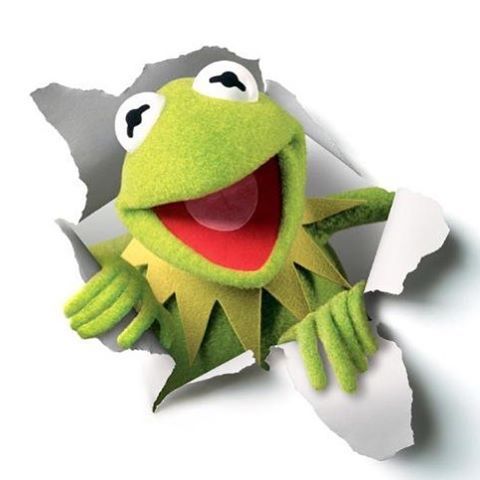 My favorite Muppet of the Moment is Kermit the Frog.

Why did I choose Kermit the Frog as my Favorite Muppet of the Moment?

Because he’s Kermit the Frog. See you all next week! 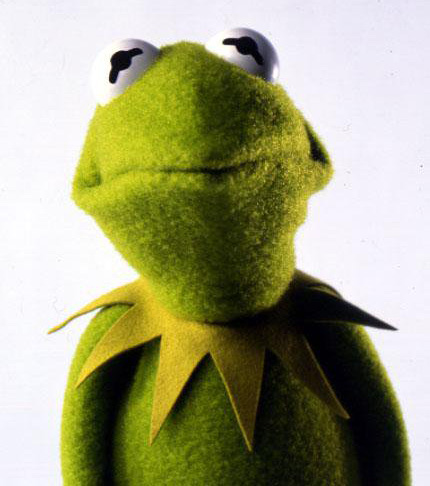 Click here to wonder what the hell was that all about on the ToughPigs forum!

Okay, okay, let’s try to flesh this out. Of course I love Kermit, practically every Muppet fan that’s ever existed loves Kermit. Heck, I’m willing to bet you love Kermit. And why wouldn’t you? He’s very easy to love. He speaks to all of us, whether it’s the exciting performer of Sam and Friends, the witty storyteller of the early Henson specials, the (sometimes) gentle teacher of Sesame Street, or the boss just trying to hold it all together on The Muppet Show. Kermit has a way of skating (or bicycling) through the chaos that unfolds around him with an ease most of us could only dream of. And in a chaotic time, I think Kermit radiates a calmness and optimism that’s greatly needed right now.

So why did I personally pick Kermit? I guess you could say he’s been a kind of guiding influence in my life. My parents raised me early on Muppets, and The Muppet Movie became a quick favorite. There was always something that got me about Kermit’s dream of “singing and dancing and making millions of people happy.” What a noble cause! The idea of just trying to make people’s day just a little bit better stuck with me, and it’s informed who I am. I try to do what I can to make people smile, or even just make them a little less stressed. Yeah, sometimes, I screw up, but I think as long as the effort’s there, I can feel good about myself.

I think the love Kermit has for his friends (and sometimes even his enemies) is sorely needed in this world right now. Regardless of your politics or beliefs, I think everyone can admit that it feels like the world is in a constant state of turmoil. And it feels like we need a desperate transfusion of love and compassion. I think we should all take Kermit’s lead, and try to understand everyone around us. Sure, we should still stand up to the bullies and fight for what’s right, but empathy can temper the rhetoric and turn this whole “me vs. you” feeling back into what it should always have been: an honest, respectful discussion. Maybe it’s a lot of cockeyed optimism, but hey, that’s what Kermit’s done for me. 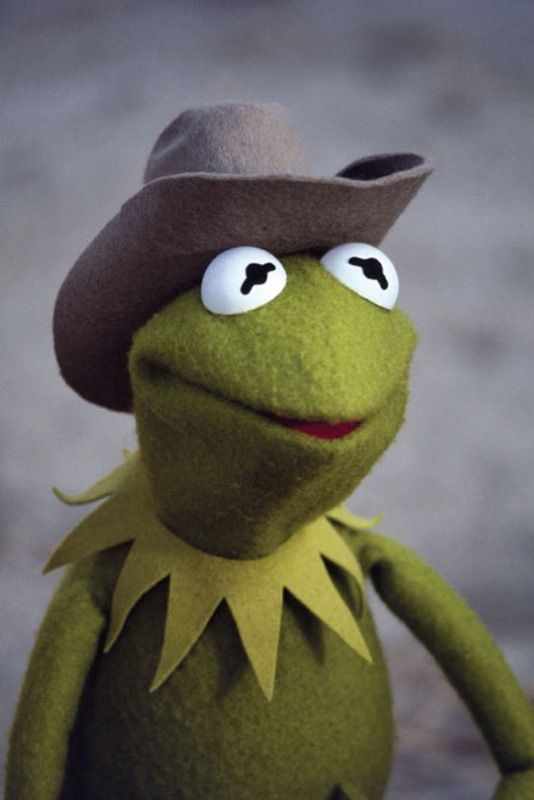 What makes Kermit the Frog so great?

So why do we all love Kermit? What about the character makes him so endearing to generation after generation? I think it has to do with his role as the Muppets’ resident everyman. In individual projects, Kermit often serves as the lead character, the blank slate to which the plot happens. He is the stand-in for the audience. He is us. And why is that? Well, my theory goes like this: it’s pretty easy to figure out the motivations of any given Muppet character. Fozzie Bear wants to make people laugh. Miss Piggy wants to be loved and adored. Oscar the Grouch wants to be grumpy. Cookie Monster wants cookies. Kermit’s motives can’t be nailed down so easy. Sometimes he wants to entertain, sometimes he wants to help those in need, and sometimes he even wants to just be left alone. He’s the stand-in because we have shifting motivations. Sometimes we want to be heard. Sometimes we want to be loved. And yes, sometimes we want to be left alone. We are diverse and varied, and Kermit’s the one that can reflect that the closest. He can get introspective and ask himself the big questions without having the answers. He’s the most human of the Muppets. (Amphibious parts notwithstanding.)

It’s funny; as I’m writing this, I can finally see why Kermit plays Bob Cratchit in The Muppet Christmas Carol. As often as they do, nobody wants to see themselves as Ebenezer Scrooge, even though he is the protagonist. We don’t want to see ourselves as the miserable miser who has alienated everyone around them. We want to be Bob Cratchit, the faithful, loyal worker who has a loving family and sees the blessing in every situation. The movie would’ve been hated if Kermit had played Scrooge, and it would’ve been rightly out of character. We wouldn’t have been able to see ourselves, and that’s what makes Kermit so great. We can see ourselves in bits and pieces of the other characters, but the only one that mirrors us most of the time is Kermit. And that’s why he’s someone everybody loves. He speaks to the best in us.

Hey, you know what are great Kermit moments? “The Rainbow Connection” and “Bein’ Green!” They are great, but they are used a lot. So let’s go with something different.

In spite of my knowledge of Sesame Street, I hadn’t heard this song until I saw a Kermit-themed compilation at the Museum of the Moving Image a few years ago. How is this not a Kermit song that’s played within an inch of its life? This is Kermit the everyman! He’s confident, optimistic but realistic, and yeah, he even gets to be the comic relief at a point. Isn’t that what everyone aspires to be? Who wouldn’t love this frog?

Click here to say “now I know what the hell that was all about” on the ToughPigs forum!

My Favorite Muppet of the Moment – Tutter

My Favorite Muppet of the Moment – Digit

My Favorite Muppet of the Moment – Gonzo the Great

My Favorite Muppet of the Moment – Gaffer the Backstage Cat