My Favorite Muppet of the Moment – Digit 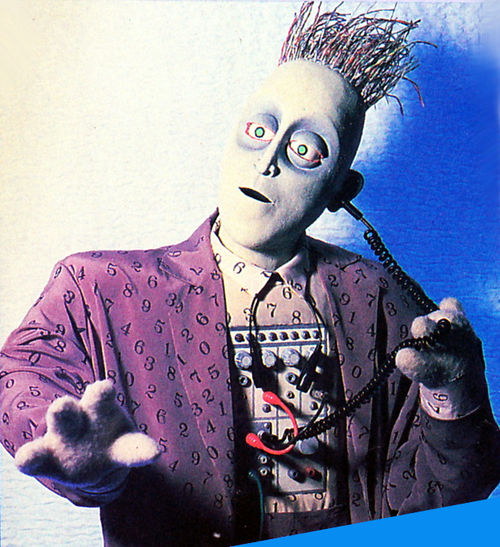 My favorite Muppet of the Moment is Digit.

Why did I choose Digit as my favorite Muppet of the Moment?

I watched most of the Jim Henson Hour episodes when they first aired on TV. But very few other people watched the show, and I’m guessing a lot of viewers who checked out the first episode didn’t come back because they were disappointed not to see more of their favorite characters. Instead of Kermit, Gonzo, Fozzie, Miss Piggy, and Scooter, they tuned in to the MuppeTelevision segments and got Kermit, Gonzo… Digit?! Vicki?!? And Waldo?!?!? WHO ARE THESE PEOPLE?

While I’m on record as being a fan who thinks the Muppets should be allowed to try new things instead of just doing The Muppet Show for all eternity, I understand why former Muppet Show viewers would be frustrated to see all these new guys surrounding Kermit. But for me, Digit stands head and shoulders and spiky wire-hair above the others. Digit was the best new Jim Henson Hour character,* and it’s a shame he disappeared after that series and we never got to see him interact with most of the old favorites.

Digit is some kind of robot or android, although I don’t think we ever find out who built him or how he came to work for Kermit. Now that I think about it, considering Jim Henson and Jerry Juhl’s apparent fascination with technology and artificial intelligence, I’m kind of surprised he was the first robotic recurring member of the Muppet Show-franchise cast. It may have had something to do with the fact that Sesame Street‘s SAM the Robot already existed… and wasn’t exactly a breakout hit character.

But where SAM was a pretty one-note character (robot insists he’s perfect, then proves himself wrong), Digit was always fascinatingly fun to watch. 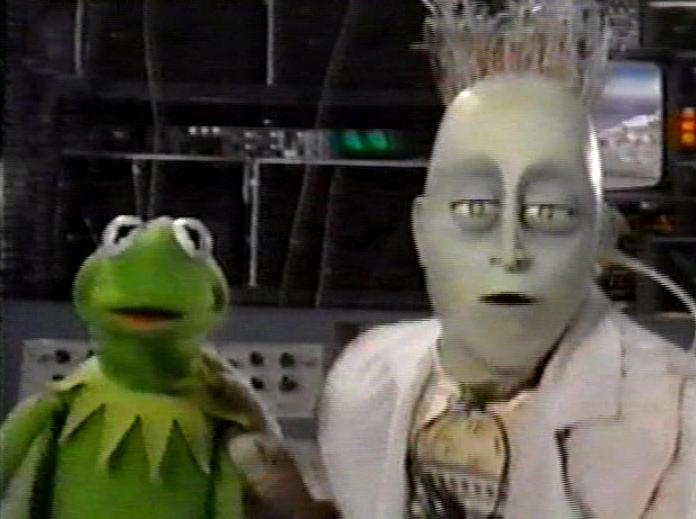 What makes Digit so great?

Digit is not your average robot. It would have been so easy to make Digit a more stereotypical cartoony automaton. (“THANK-YOU-KERMIT. I-WILL-CUE-THE-NEXT-SKETCH.”) And in fact, in the Inner Tube pilot that later evolved into MuppeTelevison, he does have a harsh, electronic-sounding voice. But on the series, Digit has gigabytes worth of personality. He’s played by Dave Goelz, in a far-out performance that I’ve seen fans compare to the spacey Reverend Jim from Taxi. Reverend Jim was a burned-out hippie whose mind had been skewed by years of drugs and bad decisions, which is not the kind of character you would logically expect to associate with a robot, but somehow it works.

Digit works well with Kermit. More than any other new Henson Hour character, Digit is great at amusingly driving the frog crazy, whether he’s accidentally squeezing Kermit’s face in an attempt to answer the question “How do you feel?” or indulging Gonzo’s desire to appear on the show via pre-recorded video.

Digit makes mistakes, but he doesn’t let it bother him. In the very first episode aired, Digit’s motor functions break down and his friends have to teleport inside his head to fix him. But Digit’s pretty cool with this development. In the k.d. lang episode, Digit presses the wrong button on a remote control and releases a horde of living garbage that takes over the show. Digit does his best to get rid of the unwanted guests, but he doesn’t freak out or blame himself. He doesn’t get stressed easily.

Digit looks cool. Like many Henson creations of the late 1980s, the Digit puppet is made of harder, less-cuddly materials than your traditional Muppets. Like, if somebody dropped Rowlf on your head, and then they dropped Digit on your head, Digit would probably hurt more. But Digit is a non-organic entity, so it makes sense! He fits right in with the whole motif of MuppeTelevision’s cutting-edge technology. His unnatural appearance complements his inhuman nature, and vice-versa. I also dig the jacket he sometimes wears, which is covered with numbers. It really makes a statement, and that statement is “985361387.”

Also, Digit can play keyboards! And in the behind-the-scenes music video in the “Secrets of the Muppets” episode, you can see that when Digit is really getting into the music, Dave Goelz is REALLY getting into the music (this image is fuzzy, but I think you can still make out Dave’s expression of extreme concentration/exertion/pain): 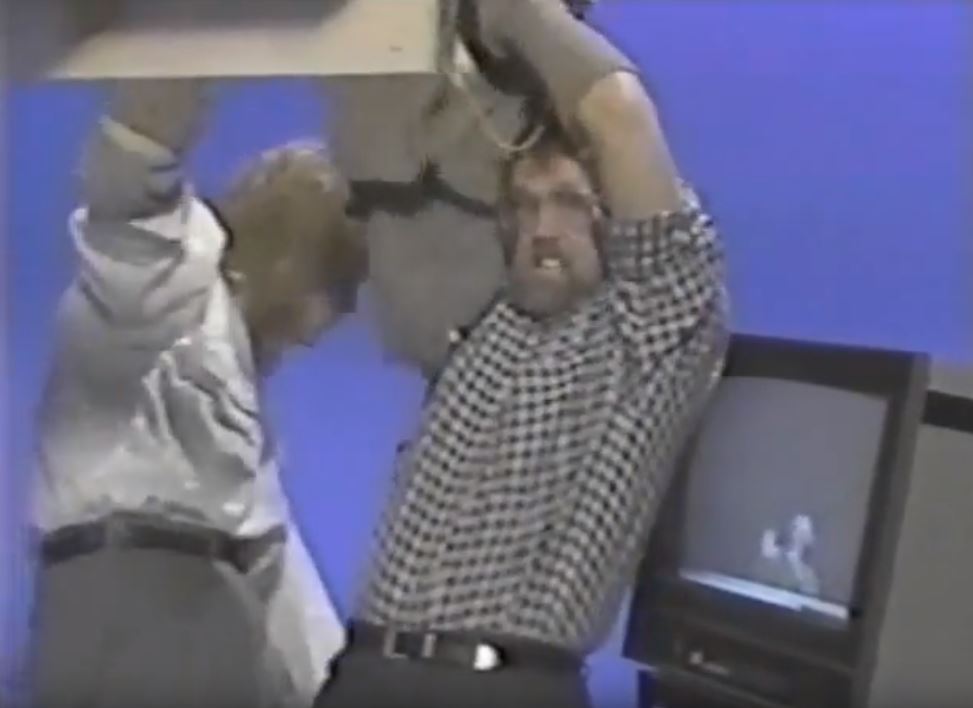 When writing about old obscure Muppets, it’s always tempting to say “They should bring him back!” I know there’s pretty much no chance of that with Digit, although we’re even more surrounded by technology now than we were in 1989, so it would be fun to see what the writers could come up with for him. He could project YouTube videos from his mouth! And I would genuinely enjoy seeing him paired with his fellow ’80s robot, ’80s Robot.

The Bobby McFerrin episode has some good Digit stuff. He comes down with some malfunctions that affect his speech, and Kermit has to call in Lindbergh (another now-lost Henson Hour Muppet!) to take care of things:

(*Note: Bean Bunny is also a very good and entertaining character who, in his best-known form, essentially originated on The Jim Henson Hour. So he would probably be my #2. But he also previously appeared in the TV special The Tale of the Bunny Picnic, so he’s not technically a “new” character. But perhaps someday he’ll be my Favorite Muppet of the Moment.)

Click here to let your friends teleport inside your head on the Tough Pigs forum!