My Favorite Muppet of the Moment – Clementine 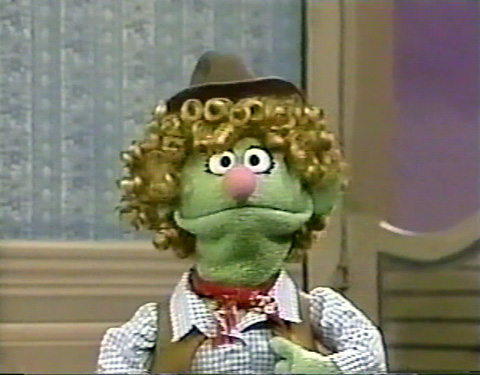 My Favorite Muppet of the Moment is Clementine the cowgirl from Sesame Street.

Why did I choose Clementine as my Favorite Muppet of the Moment?

Since before I could tie my own shoes or pronounce the word “chrysanthemum,” I’ve been a big fan of Sesame Street‘s hilarious, absent-minded cowboy Forgetful Jones, performed by Richard Hunt in the 1980s and early 1990s. As I prepared to write this article, I thought he might be a good pick, so I started watching Forgetful Jones sketches on YouTube. And then it hit me: Forgetful Jones is not my Favorite Muppet of the Moment. It’s Clementine!

Clementine was almost always seen alongside Forgetful Jones. She’s his… girlfriend? Wife? In writing this article, I realized I honestly wasn’t sure. In the segment where Forgetful sings “I’ll Always Remember I Love You,” Clementine says they’re not married. But several of their sketches take place in a domestic setting, which suggests that they live together, so if they’re not married, I guess 1980s Sesame Street was even more progressive than I thought! Or perhaps they tied the knot at some point during their time on the show. Or perhaps I’m thinking about it too much.

Clementine was originally performed by Brian Meehl, then by Kevin Clash, and finally by actual female performer Camille Bonora. There aren’t a lot of differences between the three interpretations, which means one of two things: a) Clementine was an exceptionally well-written character, or b) Anyone can do a cartoon cowboy voice. After examining the evidence, I believe it was a). These days, if anyone remembers (heh) Forgetful Jones, they probably just remember him as a silly cowboy. And maybe they remember that he had a horse named Buster. But it’s probably less likely that they remember Clementine, which is too bad. 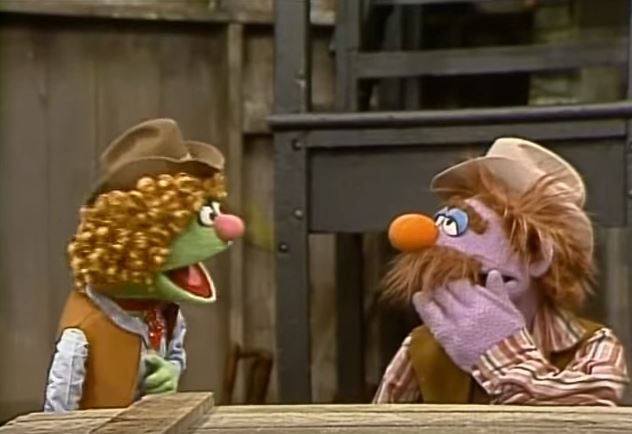 What makes Clementine so great?

I’m a big appreciator of the “straight man” role in comedy teams. Every classic comedy duo needs one, because without a straight man, the “funny one” isn’t as funny. Now, it’s entertaining when Forgetful Jones is in a sketch with Kermit and he does something dumb and Kermit yells at him. Or when he’s in a street scene with Gordon and he does something dumb and Gordon politely humors him. But Clementine’s close relationship with Forgetful made her the ideal straight man for his antics.

Her reactions to him are somewhere in between freak-outs and politeness. She knows he’s ridiculous, and she’s likely to shout “OH, FORGETFUL!” at least once per sketch. But she’s obviously fond of the guy, so even though she might get frustrated, she’ll always be there to remind him of that thing he done fergot. Which is good, because he fergits a LOT.

Most of the time, Clementine’s gentle — or semi-gentle — reminders also serve as educational lessons to the kids in the audience. Thus, what would simply be a delightful comedy sketch is able to fulfill one of Sesame Street‘s curiculum requirements. It’s because of Clementine that all those Forgetful Jones sketches made it to air. Thanks, Clementine! 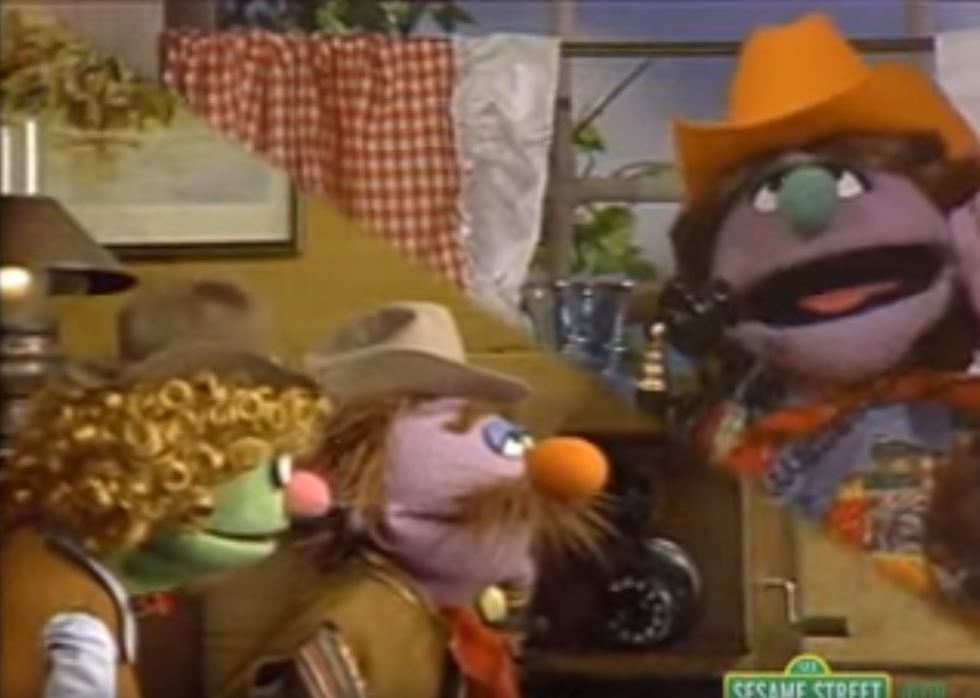 Seriously, though. The evidence we have suggests that, without Clementine, Forgetful Jones would:

In one of Sesame‘s classic Western saloon sketches, it’s made clear that Clementine is, in fact, the only member of the cowboy community with any common sense. Her ability to count to four, and to distinguish between the sound of a train whistle and the sound of a cow mooing, truly marks her as a valuable member of Sesame Street cowboy society.

Also: She once called Forgetful a “son of a prairie dog.” That’s pretty great.

In a day and age when we’ve recently seen new material featuring the likes of Guy Smiley and the Two-Headed Monster, it doesn’t seem impossible that we could someday get something new with Forgetful Jones. If that ever happens, I hope the Sesame Street writers won’t let Clementine be forgotten. 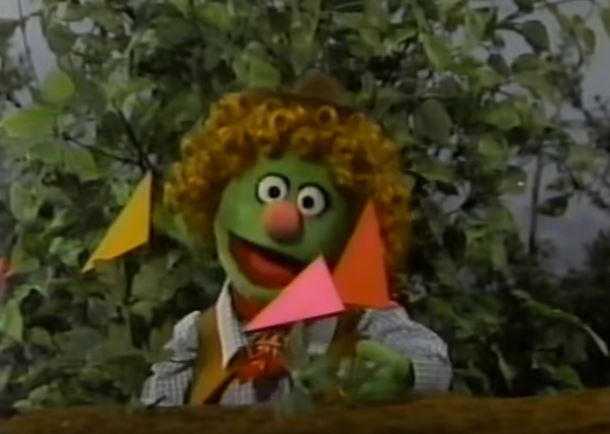 We don’t know a lot about Clementine outside her relationship with Forgetful. But in one segment in the late ’80s, she gave us a peek into her past. Clementine’s spotlight song “My Triangle Home” finds her sharing her memories of living on a ranch where everything had three sides and three angles. And this was years before Telly developed his triangle obsession!

Click here to be weirded out by triangular cows on the Tough Pigs forum!