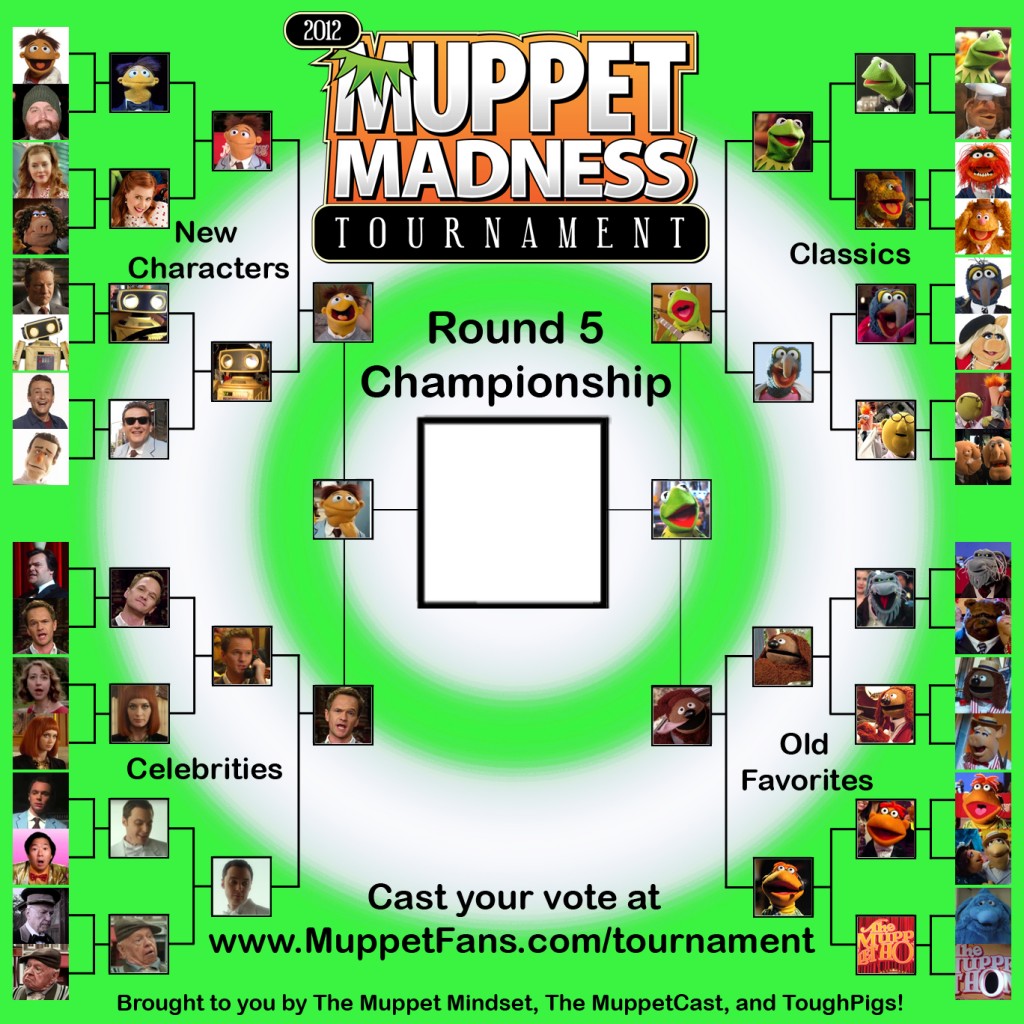 This is it, folks!  We’re at the tail end of the 2012 Muppet Madness Tournament.  And this is the match we’ve all been waiting for.  The whole enchilada comes down to this.  The entire basket of fruit.  The sugar jar full of nickels.  The baby bear who’s eaten way too much honey.

Walter managed to defeat the Muppet Telethon non-host Neil Patrick Harris with a whopping 71% of the vote, while Kermit just barely eked ahead of his “I Hope that Something Better Comes Along” duet partner, Rowlf the Dog, by only 31 votes.

And now I’m forced to make my prediction.  Which, of course, is next to impossible to do.  How can I choose between the Frog, who I grew up with and who helped me learn how to read and count, and Walter, the physical embodiment of the Muppet fan, who helped garner in a new era of Muppet history?  If I have to give a guess, I suppose I’d have to go with Kermit, who has actually never won Muppet Madness.  But I’m predicting (if not hoping) that Walter will give him a real run for his money.

For the final round, you’ll be able to vote once every hour.  That’s up to 24 votes a day!  And the polls will be open through April 2nd, so that’s four full days to cast your vote for Walter or Kermit!  That’s up to 96 votes per person!  Believe me, that’s totally worth losing a weekend’s worth of sleep.

Also, Muppet Madness has been in the running for The Atlantic Wire’s Battle of the Brackets, pitting us against other bracket contests.  Against all odds, we’ve actually made it to the championship round, defeating powerhouses like the NCAA March Madness Tournament!  Help us win it all by voting for us right here!

As an added bonus, our uber-talented pal James Carroll created this piece to commemorate this historic bout: 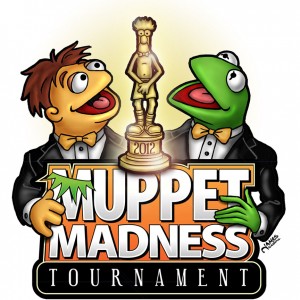 So what are you waiting for?  Visit the Muppet Madness website and vote now, and every hour on the hour!