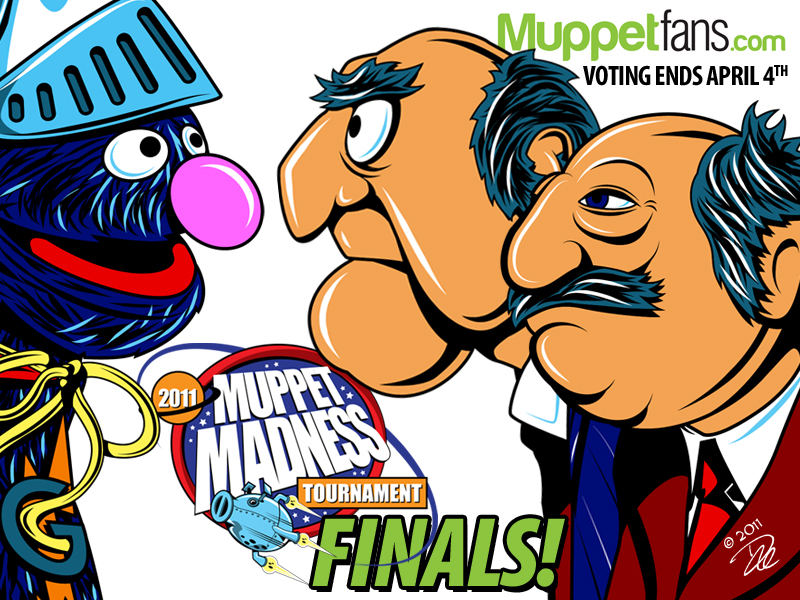 It’s been a long, long road. Thirty-two contestants, five rounds, four quadrants, and a partridge in a pear tree. And it all comes down to this: Super Grover vs. Statler & Waldorf. By the end of this round, either the super-powered monster or the curmudgeonly old hecklers will be crowned the winner of 2011’s Muppet Madness Tournament!

Sadly, Mr. Snuffleupagus and Rizzo the Rat (who won the Creatures and Animals quadrants, respectively) were no match for the might of Grover Kent’s alter ego and the old guys in the balcony. They put up a good fight and lasted a lot longer than their fellow contestants, but their place in the finals was not to be.

And now comes your responsibility, should you choose to accept it (and come on, it’s a couple quick mouse clicks… like you have anywhere better to be). Visit the Muppet Madness Tournament website and vote! And this time around, you can vote every 2 hours! That’s up to 12 votes per day! Assuming you don’t need sleep. Which you don’t.

The winner will be announced on April 4, so vote now, and vote often! 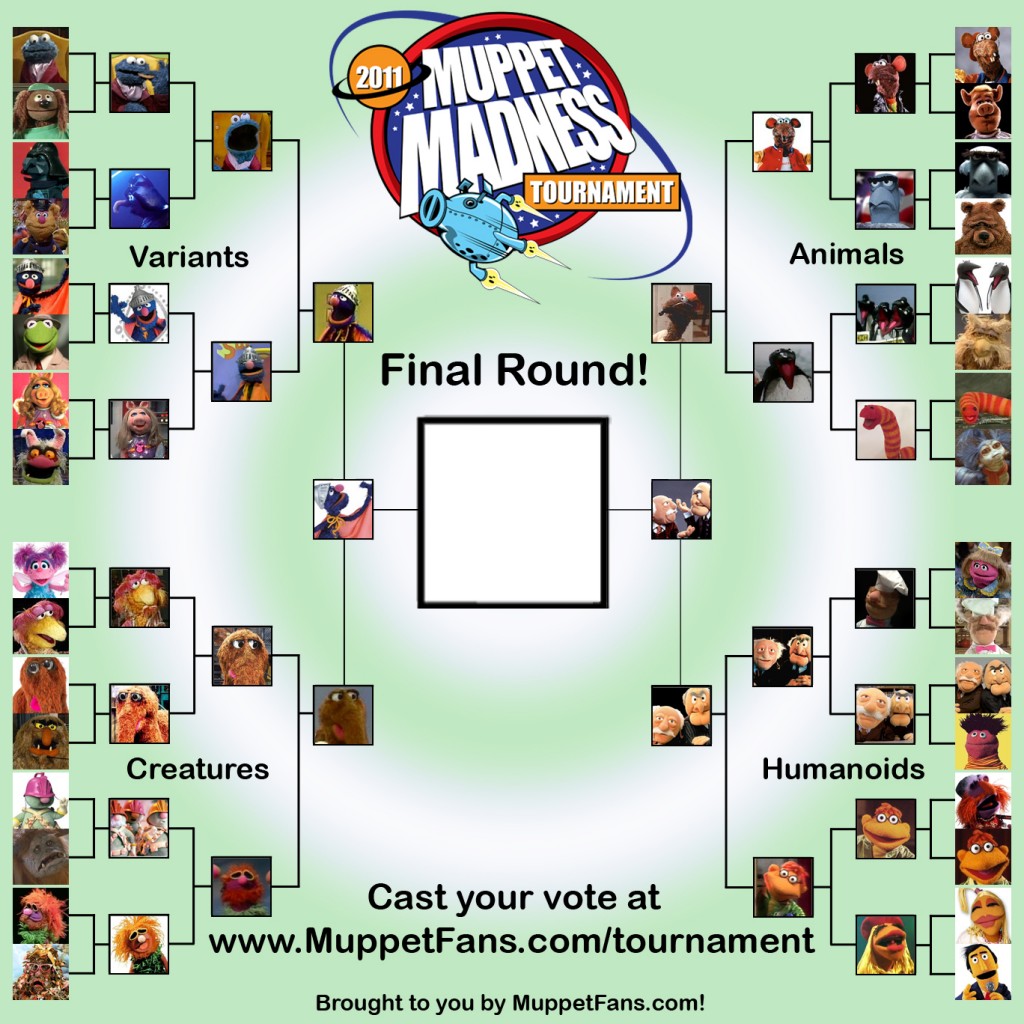 Click here to discuss the merits of superheroism vs. ursine mockery on the ToughPigs forum!