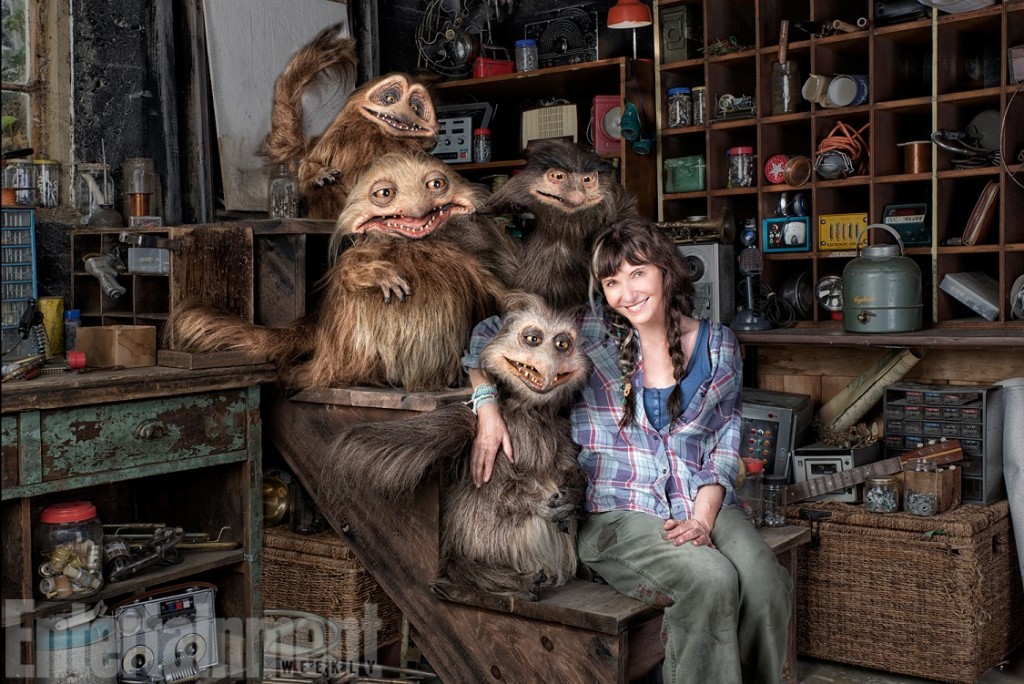 It seems like Mary Steenburgen is everywhere I look these days.  She was on the first season of The Last Man on Earth, she showed up in the most recent season of Orange Is the New Black… I think she may have been driving the bus during my commute this morning.  But that’s cool, because Mary Steenburgen is pretty nifty.  So it’s pretty nifty that she’ll be starring in The Jim Henson Company’s upcoming TV special Jim Henson’s Turkey Hollow. (In the photo above, she’s the one wearing clothes.)

Today, Entertainment Weekly posted this photo, along with a heaping helping of new details on the special, based on a previously unproduced treatment by Jim Henson and Jerry Juhl.  The special will air November 21st at 8:00 PM on Lifetime.  That’s the network for women, but presumably men will be allowed to watch as well.  Further info from Broadcasting & Cable reveals that Better Off Ted‘s Jay Harrington stars as the kid characters’ dad, and Ludacris will also have a role.  Here’s EW‘s plot summary:

Jim Henson’s Turkey Hollow follows a family who goes on a hunt for a Bigfoot-like creature called the Howling Hoodoo during a visit to the house of their kooky aunt (played by Last Man on Earth’s Mary Steenburgen). The Howling Hoodoo itself is difficult to find, but they come across some other monsters in the woods that they didn’t even know they were looking for.

That sounds like they’ve expanded on what we saw in Roger Langridge’s delightful graphic novel adaptation of The Musical Monsters of Turkey Hollow, so it will be interesting to spot the differences.   And of course, it’s great to see new Henson animatronics on television.  These puppets look cool, if perhaps a bit reminiscent of Critters. But I see no reason why Critters can’t enjoy Thanksgiving just like the rest of us.

Click here to hunt for a Bigfoot-like creature on the Tough Pigs forum!