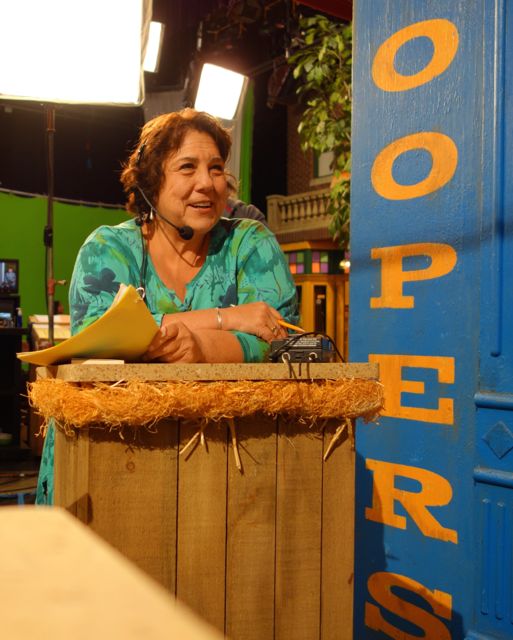 We are saddened to learn of the passing of longtime Sesame Street director and producer Lisa Simon.

Lisa Simon began with Sesame Street as a Production Assistant on the first season in 1969.  She stayed with the show through the third season, and then returned in 1976 as an Associate Producer, then Producer through season 24.  She also directed many episodes from season 13 through season 45.

She also directed specials like Don’t Eat the Pictures and Elmocize, several episodes of Bear in the Big Blue House, and non-Muppet series like Oobi and Between the Lions.

As you can see, Lisa Simon has been an important presence in the Sesame Street world for almost the entire run of the series.

You can see Lisa Simon in several behind-the-scenes videos, including this one, where she is seen directing Ernie and Telly as they rehearse their rhyming song.  (The clip begins at the 17:55 mark.)

Click here to help us remember Lisa Simon on the ToughPigs forum!