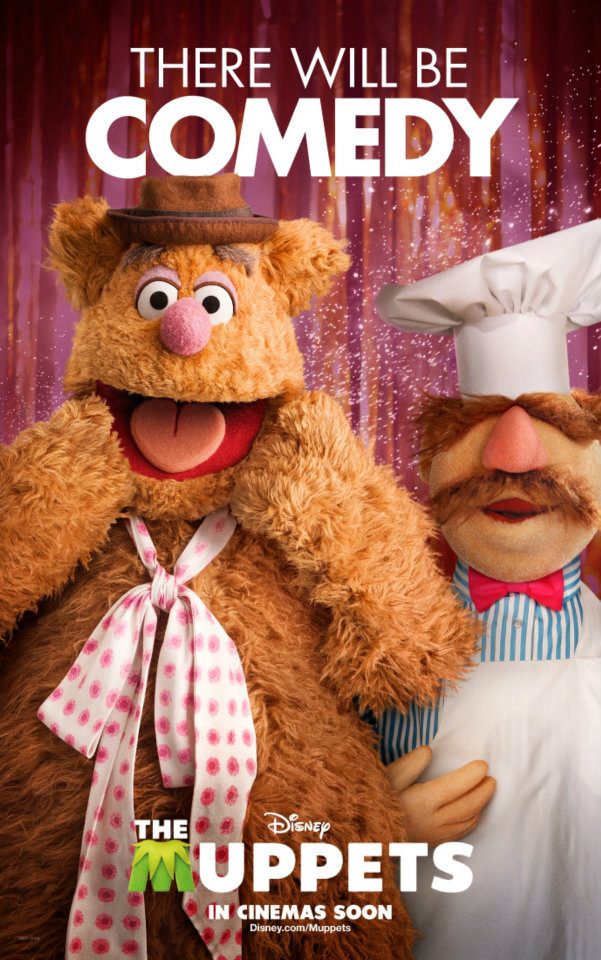 Aw, man. Now I know this movie is gonna have comedy in it.

You wanna hear my impression of the internet in the days leading up to the release of The Muppets?

Okay, here goes: “Hey, there’s a new Muppet movie coming out! Here’s a trailer for it!  Here’s one of the stars talking about it!  HERE’S A SONG FROM IT! HERE’S AN ENTIRE SCENE FROM IT!”

Pretty good, right?  As we prepared for Muppet Domination, anyone with a computer (a modern computer, I mean. Not, like, a Commodore 64) had easy access to huge amounts of information about the movie. Now that the film is rolling out in more countries across the globe, fans from all over the planet are faced with the same tantalizing temptations to be spoiled that we were back in the fall.

There was a time when some of us Muppet fans were worried that Disney would quietly slip The Muppets into theaters without giving it enough of a promotional push to make it a hit — like Columbia’s innovative campaign for Muppets From Space, which consisted of keeping the movie a secret.  I’m sure I’m not the only person who lay awake at night, fretting: “What if Disney makes the new movie, but then doesn’t spend any money advertising it?  And what if then nobody goes to see it because they don’t know about it, so then Disney never makes any Muppet movies ever again?  And is it ‘lay awake’ or ‘lie awake’?”

But the reality was the exact opposite of the worst-case scenario.  When Muppets From Space came out in 1999, I never saw a single theatrical trailer for it, and I only saw one TV commercial, which was on VH1 at 11:30 PM, and lasted about five seconds.  The marketing for The Muppets has been an avalanche.

We knew the basic plot pretty early on, but there was nothing too dangerously spoilery about that.  The two-sentence synopsis doesn’t really tell you anything about specific scenes or jokes, and it’s not like we don’t already know it’s going to have a happy ending.  (Although it would be kind of amazing if it didn’t… Kermit says, “Sorry, guys, the theater’s going to be destroyed after all,” and everyone cries.  THE END.)  So for months after production commenced, we waited for any glimpse of footage, which we finally got in the form of the “Green with Envy” parody teaser trailer, followed by “The Fuzzy Pack,” and the Green Lantern parody, and “The Pig with the Froggy Tatoo.”  All of these kept us salivating by giving us brief peeks at the Muppet extravaganza we were looking forward to… and then our senses were overloaded with the first full trailer. As we got closer to the movie’s release, we kept getting more… TV commercials.  Online promo videos.  Audio, then video previews, of the first musical number.

I’m not certain exactly when I realized that I was dangerously close to seeing the entire movie before it got to theaters, but at some point I knew I had to draw the line.  This was the first Muppet movie in over a decade, and I wanted to experience it in the theater, not on my computer screen. And although the movie’s novelization was released before the film, and it found its way into my apartment, I forced myself not to read it.  For a few weeks there, I was afraid to even touch it, lest I somehow accidentally absorb a key scene through my fingers and ruin the surprise. (You laugh, but it’s happened before.  I once picked up a newspaper and instantly knew the answer to that day’s JUMBLE.) 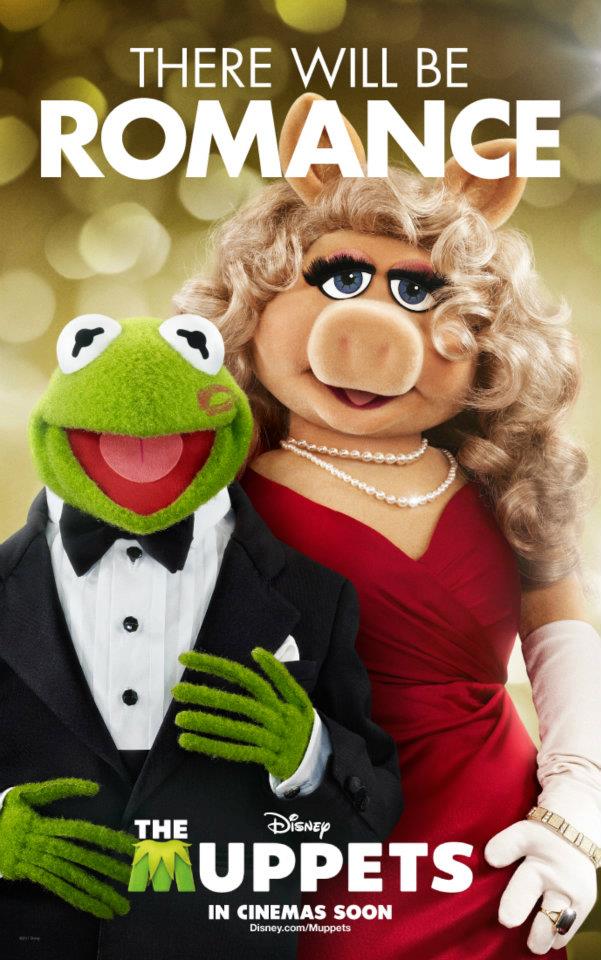 Argh, now I know there's gonna be romance too? THANKS A LOT, POSTER.

I guess there are some fans who like having everything spoiled for them, but I’ve never really understood that.  Is it so they don’t have to worry about being disappointed when they actually see the thing, because they already know everything about it?  Is it so they can be the most knowledgeable person in the theater?  (“Ah yes, of course. The scene where they all sit on toilets.   I recall the day I first learned of this scene, those eight months ago…”)  Or is it just because when you’re a geek about something, you crave any new info on it?

I mean, back in the Old Days, we didn’t have nearly as much advance knowledge of a Muppet movie going in.  I first found out about Muppet Treasure Island while it was in production, reading about it on the old rec.arts.henson+muppets newsgroup on Usenet (If you don’t know what that was, ask your great-grandfather).  All I knew about it was that it was based on the book, and that Tim Curry would be in it.  Would I have enjoyed Gonzo’s stretchy-limbed “poodly poodly poodly!” gag as much if I had seen it before the film?  Not likely!

When The Muppet Christmas Carol came out, I found out about it approximately a month before it came out, via an ad in Disney Adventures magazine, and I knew even less about it.  And then if you want to keep going back, I was a few years away from being born when The Muppet Movie premiered, which is just about the best way there is to avoid being exposed to spoilers, and I loved that film to pieces when I first saw it.

I don’t know, maybe I go overboard when it comes to avoiding spoilers.  After all, I knew what “Rosebud” meant for years before I saw Citizen Kane, and I still thought that was a pretty brilliant movie.  And certainly, when I try to think of something to compare The Muppets to, Citizen Kane is the first film that comes to mind.  But still, I remained as spoiler-free about “The Muppets” as anyone could expect me to be, and when the lights went down and the projector started up, I was ready to be surprised.

What about you?  How much did you know about The Muppets before you saw it?  I’m especially curious to hear from the international fans, who have had so much more time to have the whole thing ruined for them.  Drop me an e-mail or post on our forum to describe your exact level of spoiledness in precise detail!