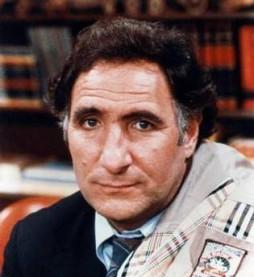 I have never been so proud to write a news update as I am today. As quite possibly the biggest combination Muppets/Taxi fan in the world, it thrills me to no end to add veteran sitcom star Judd Hirsch to the ever-growing list of celebrity cameos for the new Muppet movie.

According to The New York Times, Hirsch joins Alan Arkin, Neil Patrick Harris, Jack Black, and countless others in another to-be-determined cameo appearance. Along with Tony Danza, Danny DeVito, Christopher Lloyd, Andy Kaufman, and Carol Kane, we’re now one step closer to having Muppet connections for the entire Taxi cast. (Though maybe we’re better off without Jeff Conaway.)

In case you don’t know him from Taxi (and seriously, for shaaaame), you’d also recognize Judd Hirsch from TV series Dear John and Numb3rs, as well as films like Independence Day and A Beautiful Mind.

Apologies for the over excitement. But I have my Matchbox Taxi replica toy on display right next to my Palisades Pigs in Space playset. So, y’know, I’m that kind of fan.

Click here to ride in cab #804 on the ToughPigs forum!

The Muppets are Ready for Their Closeups

A Slew of Muppet Interviews!