As you may know, Muppet performer Matt Vogel has a band called The Mighty Weaklings, with bandmates Bob D’Haene, Bj Hemann, and Michael Ray Escamilla. In June 2021, Michael sadly passed away, and together with his bandmates, Matt and The Mighty Weaklings have recorded a brand new album entitled ‘Michael’ to honor his friend, available this Friday. Matt was kind enough to share with us a little about Michael and about the creation of this gorgeous new album.

TP: How did The Mighty Weaklings get together?
MV: When Michael moved to New York, we’d get together and play cover songs on his acoustic guitar just for fun. Then, we started writing songs together and playing them just for fun and to create together. In no time, we had a band that was the two of us, another guitar player named Danny Seckel, and Joey Mazzarino, who played drums. That’s right, Joey was in The Mighty Weaklings! We started playing out in NYC every month and later on, Danny and Joey both left the band, but Michael and I continued with Bob D’Haene on guitar (we had both gone to college with Bob) and Bj Hemann on drums. The most fun part about being in a band for me was the rehearsals. We’d get together in some run-down rehearsal space and just play. It was such a creative release. I miss those days.

TP: Tell me a little about Michael.
MV: To me, Michael was so many things. On the one hand, Michael was such a level-headed, thoughtful person. On the other, he was mischievous, playful, and loved to laugh. He treasured friends and family. He was so proud to be a dad and he took that responsibility seriously. He was the kind of friend that everyone wants.

TP: How did you go about writing this album, and how do you think writing ‘Michael’ has helped you cope with his passing?
MV: Bob and I started this record as a way of sparking some creativity between the three of us to make some music. We had some demos of Michael’s and some other half-started music that had no lyrics, but that we thought would be good to work on together. Unfortunately, Michael passed away before we ever got the chance for the three of us to collaborate and grow the songs. So, after Michael died, I asked Bob if he wanted to continue working on them as a tribute to Michael and that’s how it really began. So, the base tracks on two of the songs started as demos (One Two One and Not Exactly Marked) Michael had made years ago and the band added to them to make them into full-fledged songs with Michael’s vocals and guitars. A couple of other songs like Beautiful Soul, Walking in L.A., and See Him Grow started with Michael’s acoustic guitar but had no lyrics. Lyrics were written after in reflection of losing Michael and the band added sounds around that acoustic guitar and the words. It was a process where I was thinking about these songs over the course of about eight months every day. And, naturally, in hearing Michael’s guitar or his voice, he was in the forefront of my mind constantly and he still is. Making the record certainly has helped me cope a little, but I don’t think I’m ever going to be truly settled in my mind about his passing.

TP: Do you have any particular favorite songs? Personally, ‘Beautiful Song’ broke my heart a little in the best way.
MV: Well, Beautiful Soul was something that I asked Joey Mazzarino to help me write. Joey loved Michael like we all did. I had a melody based on Michael’s acoustic guitar part you hear at the beginning and end of that song – by the way, that small acoustic bit was recorded in 2019 in Michael’s living room with only the computer mic, no big set-up, so you can hear things happening in the background. Anyway, I asked Joey to write lyrics based on phrases on words I’d send him about Michael. I love the way it begins so simply and bit by bit, new sounds are heard.

TP: What do you want people to know about both Michael the person and ‘Michael’ the album?
MV: I want people to know that our friend, Michael, was a one-of-a-kind and I don’t know if any of us will ever be able to fully come to terms with losing him. And this album tries to show who Michael was through our words and music, as well as who he was through his own words and music. I think it’s also a representation the impact one person can have on those around them and the hole that is left by their absence.

The album is dark at times, but I also feel like it’s hopeful. There’s a song on the record called See Him Grow that’s a broad strokes take on Michael’s life, and the final verse is about Michael’s son and the lyrics are: Just a boy moving through / Seeing the world without you / Coping, striving to find his way … That’s the dark part. Being without a father. But, then, the lyric turns and says: We’re all here today / To see him grow / To see him shine so bright / To see you in him… Meaning all of us—Michael’s friends, family, loved ones—are going to be there for his son and keep Michael’s memory alive.

TP: Where can people find the album?
MV: The album is available on all streaming platforms including Spotify, Apple Music, Pandora, Amazon, etc. and for purchase at streaming music stores everywhere as well.

Click here to help Matt honor his friend on the ToughPigs forum. 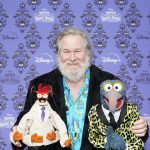