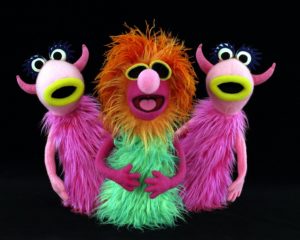 People love “Mahna Mahna” the musical number, and they love Mahna Mahna the character.  He’s obviously best known for his eponymous number, but he made two other prominent appearances in Muppet history: “Sax and Violence,” an early Muppet Show bit in which he sabotages Zoot’s attempts to play a song, and “The String Quartet,” a sketch performed on The Ed Sullivan Show in which he sabotages a string quartet’s attempts to play a song.

Perhaps you’ve noticed a pattern present in Mr. Mahna’s behavior.  He stumbles upon artists in the middle of a performance, and he jumps in and reshapes the performance so it becomes what he thinks it should be, never mind what the performers think it should be or planned for it to be. 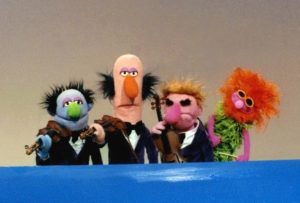 But here’s the thing: He never seems particularly malicious.  With his smooshy, blank eyes, it’s difficult to interpret his expression at any given time, but I don’t think he’s ever trying to be a jerk.  No, I’ve always gotten the impression that Mahna Mahna does what he does because… it’s what he feels like doing at that moment.  That’s all.  The fact that his action results in hilarious reactions from those whose performances he hijacks is a happy consequence for us, the audience.

Although his appearance at the Hollywood Bowl was brief, it was true to this characterization.  After the bulk of the song, video screens showed Mahna Mahna wandering out of the venue and hopping onto a tour bus, gazing out at the sights without any obvious discernible emotion. When the bus arrived at Pink’s Hot Dogs, he hung there for a while, then  snatched a fellow tourist’s phone to call Thomas Wilkins, the conductor of the Hollywood Bowl Orchestra.  When Wilkins answered, he simply said, “Mahna Mahna.”

Why did he leave the stage in the middle of a song?  Why did he choose that moment to grab a stranger’s phone and make that call?  Mahna Mahna is a creature of instinct.  He does whatever he feels like doing in that moment, whether it makes sense to those around him or not.  If he shows up to play the triangle, he’ll probably end up banging on Zoot’s saxophone.  If he’s asked to sub in for a classical violinist, he’ll probably bring his drumset. 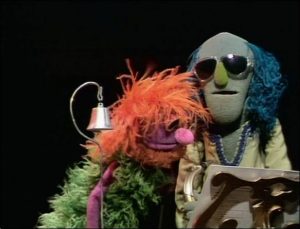 I think there’s some potential for future appearances of the character.  I don’t want to see him too much.  It would be easy for him to wear out his welcome, so he should be used judiciously.  But I bet the Muppet people could come up with some fun stuff for him to do.

He could appear in a YouTube video, interrupt a famous YouTuber’s hairstyling demo by meandering in and out of frame and staring at the camera while wearing a series of increasingly bizarre wigs.  Or he could pop up on Jimmy Kimmel Live, interrupting Kimmel’s monologue by moseying into the control room and pressing random buttons to play wacky sound effects. Or he could do any number of other wacky things, as long as he retains that “non-malicious agent of chaos” vibe.

Whatever he might do, I think it’s best that he doesn’t speak much.  Although he had a lot to say in the Ed Sullivan sketch, Mahna Mahna’s character was solidified in a bit in which he only sings his own name and scats, so they should limit his vocabulary to grunts, nonsense syllables, and of course those two words Mahna and Mahna. 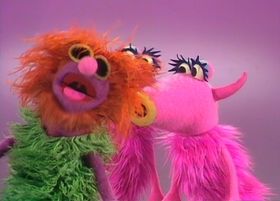 When fans have discussions about what makes the Muppets the Muppets – and we do have those discussions, constantly – one notion that comes up often is that of subversiveness.  There’s this belief that, at their best, the Muppets are subversive.  Mahna Mahna embodies that perfectly.  He’s a rascal, and he could get away with acting more rudely than most of the main characters. They should explore that.

So yeah, how about a little more Mahna Mahna?  And then perhaps someday we’ll find the answer to the question: What is a Mahna Mahna?

Click here to be amazed that I made it through this whole article without making a “do doo do doo do” joke on the Tough Pigs forum! 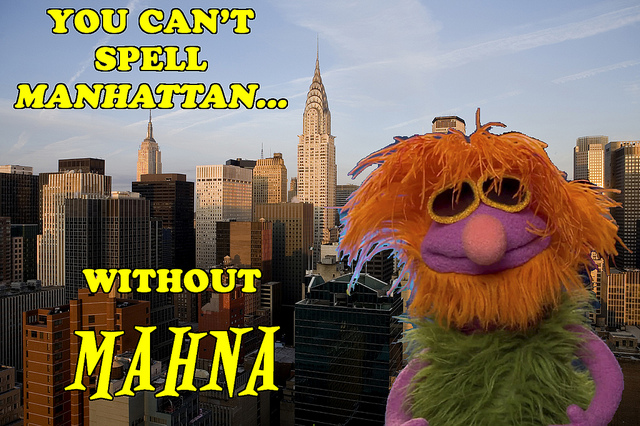