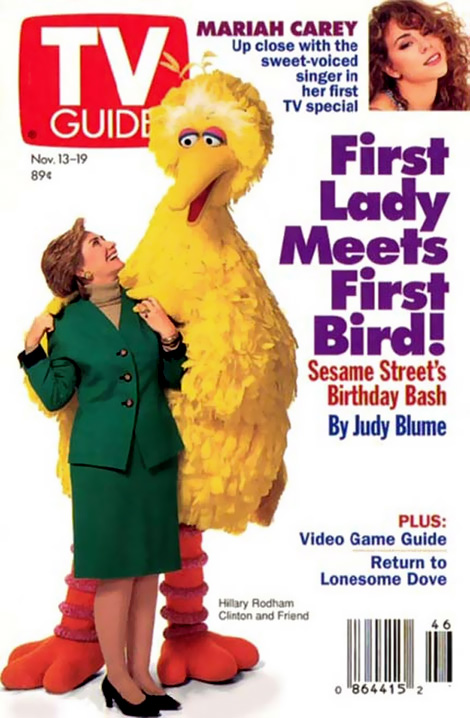 Like so many Americans, I have become sick of this year’s wall-to-wall election coverage. Though this election is obviously important, I find it incredibly hard to believe that anyone has not made up their mind about this race by now. I for one will vote for H. Ross Parrot, as I have done every year since his first appearance on Sesame Street in 1993. Yes, I am done with this horse race, and so a few weeks ago, while watching HBO GO, I declined to watch Last Week Tonight and instead went back and watched an episode of Sesame Street from 1993, specifically Episode 3136. Surely, this would be a good way to go back to the golden age of H. Ross Parrot and dodge the negativity of this election.

As expected, Episode 3136 was a pleasing change of pace from the news cycle. For instance, I learned useful facts about elbows and knees and the letter “O,” which I had previously been very confused about. But then, after a Keith Haring clip, I was shocked to see the one and only Hillary Clinton, on my TV once again.

The lamestream media isn’t talking about this clip (or about knees and elbows, for that matter), so it’s up to me to fill you in on this important moment of Clinton’s past. In this segment, Clinton, joined by Big Bird and Rosita, politely explains how to be “healthy and strong.” These tips include “visiting the doctor for regular check-ups” (in the pocket of Big Pharma?) and “eating fruits and vegetables” (in the pocket of Big Radish?). I am sure you’ve heard these things before, even if not from a Sesame Street episode from 1993, but I know you still have some questions. 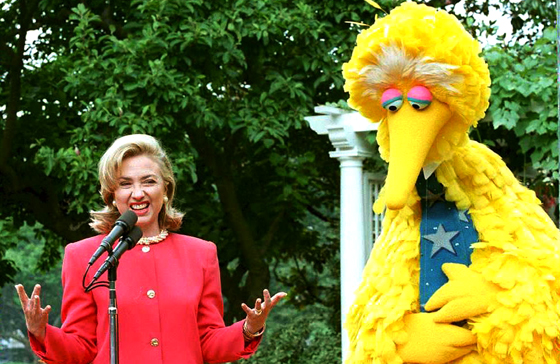 First, let me tell you, I went and fact-checked all of Clinton’s statements for accuracy. Turns out that, yes, eating fruits and vegetables is beneficial for children, as are doctors, exercise, and sleeping. We can trust her on this.

Second, you are probably wondering if this appearance makes it seem like Clinton is ready to make the hard decisions that the president must. Let me tell you this: I hope the president is as quick to suggest “napping” as Clinton is in this video.

And lastly, you are probably wondering if Clinton seems personable, if she’s the sort of candidate with whom Big Bird would want to go get a birdseed milkshake. Simply put, no. She is boring and deadpan compared to the Muppets around her. But I imagine it’s a difficult balancing act to look dignified when Rosita is loudly shouting “BROCCOLI!” and eating invisible string beans next to you while you’re trying to discuss the importance of vegetables. We expect so much from our female politicians: can they truly pantomime doing exercise while also representing our country? Should we be critical of her Rosita-colored pantsuit? Would we expect such antics from a male politician like Bill Clinton or such political restraint from a male pantomime like Mr. Noodle? 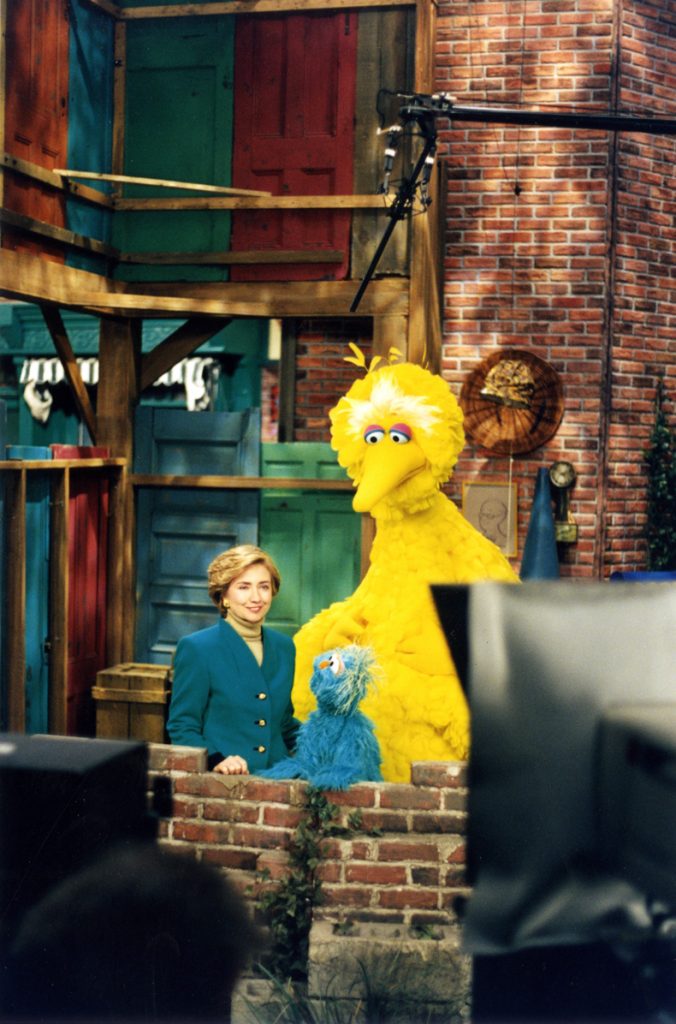 Of course not. It is certainly possible that Clinton needs to limit her personability in favor of making hard calls about when to nap and when to pretend to drink fruit juice. If this truly is an issue, there may be a solution: get Rosita to join the Clinton campaign immediately. That niña is going places.  Please picture her at all Clinton rallies. Clinton suggests a policy, like defending the Affordable Care Act, and a turquoise monster pops out behind her and screams “STOP OUT OF POCKET COSTS!” and pretends to give resources to rural hospitals. Imagine Rosita doing jumping jacks while Clinton discusses the hardships she has faced on her path to the White House. And lastly, of course, imagine Rosita asking political opponents to do some relaxing breathing and count backwards from cinco to boost their executive functioning skills. This could happen if Clinton would simply seek Rosita out once again.

Or at least I thought about all of this until the clip ended and Cookie Monster began rapping about eating vegetables. Folks, I think we can all agree that Cookie Monster is the candidate we truly need this election. I trust his opinion on everything. 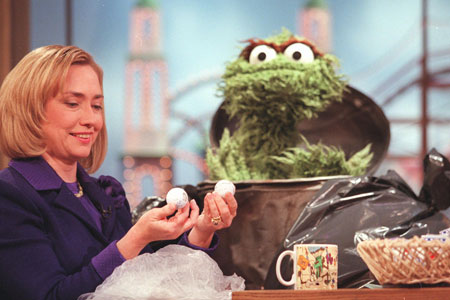 Click here to shout about broccoli on the ToughPigs forum!