Jim Henson: The Biography: The Review 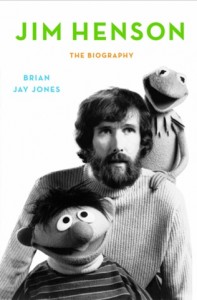 As one of the world’s foremost leading Muppetologists, I pride myself on retaining more information about Jim Henson and the Muppets than most “normal” people.  So imagine my delight when I got the opportunity to read a book that not only presents the details of Jim Henson’s life in an informative and entertaining way, but introduces a ton of new facts and stories about Jim that we never knew before.

On the downside, my status as a Henson expert is being challenged due to Jones’ deep research and interviews with just about everyone Jim ever worked with, including Frank Oz, the Henson family, members of the Jim Henson Legacy, Joan Ganz Cooney, and an endless stream of Muppet performers, writers, directors, and relatives of those who are no longer with us.  On the upside, who cares about my insecurities?  We’re getting our first truly in-depth Henson biography that’s made for all sorts of fans, from the casual to the fanatical to the rare and endangered reader who doesn’t know anything about Jim Henson.

Right off the bat, Jim Henson: The Biography impresses with never-before-heard stories about Jim’s childhood.  Much like Jesus or Superman (good company, right?), we never knew much about what happened between birth and young adulthood, and at least in Jim’s case, the history books are now wide open.  From there, you can guess the trajectory of the rest of the book: Sam and Friends to Sesame Street to The Muppet Show to the Muppet movies and so on and so on. 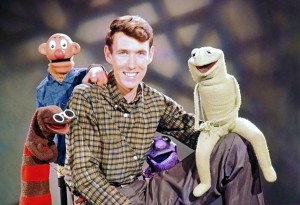 What’s really exciting about the above series of events are the stories in between.  Sure, some of them are iconic enough that we’ve heard them in interviews or in books like The Works or Street Gang, but the best anecdotes are the new-to-us ones.

For example, did you know that Stan Freberg issued a cease and desist when hearing that Jim used his records in the early Sam and Friends sketches, but changed his mind after seeing how brilliant they were?  Or how Roald Dahl practically went to court over disagreements in Jim’s adaptation of The Witches?

Did you know that Jerry Juhl once shattered the rear window of Jim’s brand new Porche?  Or that The Swedish Chef was originally named “Jarnvagskorsning” (which is Swedish for “railway crossing”)? 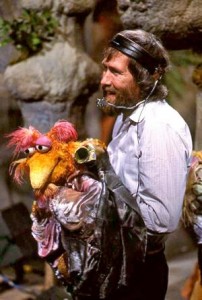 How about all those productions that Jim envisioned but never put into motion?  Like his live Muppet show, a Fraggle Rock spin-off series starring Traveling Matt and two Fraggles in a hot air balloon, Muppet Voyager (about an intergalactic documentary crew), Read My Lips (a pilot written by Richard Hunt about puppets who come to life), and a Fraggle Rock origin story called “Saga of Fraggle Rock”?

Here’s a few more: Frank Oz never wanted to be a puppeteer.  Fraggle Rock’s Doc was modeled after Faz Fazakas.  Sam Raimi and Brad Bird were both considered to direct The Jim Henson Hour.  Jim once responded to a critic’s negative (and confusing) review of The Cube with a letter containing a single sentence: “What the fuck are you talking about?”

Seriously, that’s just the tip of the iceberg. 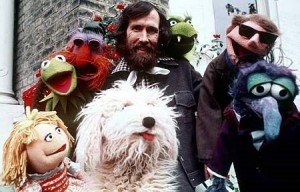 Now, I’ll be the first to admit to hero worshiping Jim.  So it’s humbling and a little surprising to see the stories where Jim isn’t exactly painted as a saint.  For example, we learned about the time that Jim decided to drop acid.  And that when Cheryl and Lisa Henson were 4 and 5, respectively, Jane accidentally ran them over with her car (don’t worry, they were okay).  Richard Hunt publicly insulted a Muppet Show guest star, which was covered in the tabloids.

The most surprising, which would’ve been more surprising if it was somehow left out of the book, was the avalanche of details surrounding the turbulent relationship between Jim and Jane Henson.  The book goes into detail about their separation, Jane’s frustrations with Jim’s work habits, and Jim’s infidelities.  In fact, a new character is introduced to the epic saga of Jim’s life: Mary Ann Cleary, who Jim dated off-and-on for years after separating from Jane.

The final thing I’ll spoil for you (sorry about that, I just get carried away!) is a reprint of the majority of Jim’s final letter to his children, which was delivered to them after his death and included his wishes for his funeral and his thoughts on dying.  It’s the perfect capper to an incredibly difficult-to-read final chapter, which spares no expense (emotionally speaking) when covering Jim’s last days. 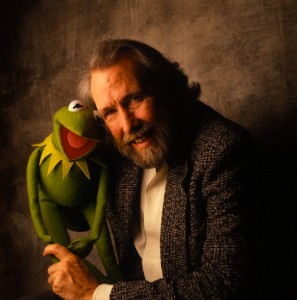 As you can tell, the sheer amount of information, both new and old, in this book is simply staggering.  It’s difficult to talk about it without sharing all these “Did you know…?” factoids.  But that’s not to say it’s heartless.  The feelings and memories of Jim’s friends, family, and colleagues shines through, making the readers feel like we’re actually witnessing the life of this great man.

Brian Jay Jones does an immaculate job of retelling Jim’s life story.  Jim Henson: The Biography is the most complete record of Jim’s history that I’ve ever seen, which is completely relatable to all sorts of Muppet fans.  This is a must-buy for anyone who’s ever loved a frog, recited the alphabet with a giant bird, searched for Fraggle holes, or dreamed of making the world a better place.

So after all that, you can see why my Henson expertise is being threatened.  Despite the fact that half of the Muppet Wiki has been etched into my brain, Brain Jay Jones has proven that there’s still a metric ton of information out there and a lifetime of stories to uncover.  And for the first time, I’m truly excited to not know everything about Jim, because the unknown is so much more thrilling.

Jim Henson: The Biography will be available for purchase on September 24th. 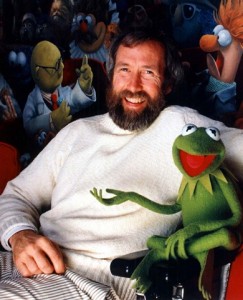 Click here to apply for a degree in Advanced Muppetology on the ToughPigs forum!