Give Miss Piggy A Star

Jarrod Fairclough – Did you know that celebrity chef Wolfgang Puck has a star of the Hollywood Walk of Fame?  How about the inventor Thomas Edison?  Heck, even the television series Rugrats has a star!  Now, that’s not to say these weren’t warranted – Wolfgang Puck’s restaurants have been a well trodded celebrity haunt for decades, Rugrats is a genuinely fantastic series, and Thomas Edison…  He invented electricity which powers a movie cinema, I guess?  I dunno, that one’s a little dubious.

But do you know who doesn’t have a star of the Hollywood Walk of Fame?  The biggest star in the world, Miss Piggy Lee.

That’s right.  The star of three television series, 8 feature films, countless specials, and a named influence of many of the Hollywood elite, Miss Piggy, is yet to take her rightful place on the footpath of Hollywood Blvd, along the likes of Tom Hanks, Meryl Streep, Frank Sinatra and Clark Gable.  It’s a travesty, and it’s something that needs to be rectified immediatly.

Naturally, many of you will be quick to point out that The Muppets actually do have a star, in the prime position directly in front of the El Capitan Theater.  So, isn’t that enough?  After all, Piggy is the most well known Muppet after Kermit the Frog, so many people will think of her almost directly after seeing the star.  To this I say no!  How could you expect the diva herself to share a star with hacks like Wayne and Wanda, or the woefully untalented Mr Poodlepants, or Denise, that homewrecking sow?

Kermit the Frog has his own star, meaning that he isn’t required to share the spotlight.  But we assume that Miss Piggy, someone who constantly hogs (Wocka Wocka) the attention, is okay with this?  Of course not.

Now, we’re not the first people to bring up this idea.  Heck, even The Muppets have brought it up!  In the Miss Piggy’s Hollywood special, Piggy shows off the historic attraction, eventually revealing her own star, only to have it ruined by Gonzo who reveals that it’s a portable fake.  And in the original Muppet Babies series, Baby Piggy even imagines having her own star, proving that it’s a dream she’s had since she was a child.  So, perhaps it’s time Hollywood gave it to her!

So, what can we do about it?  We can tweet!  The Walk of Fame is on Twitter right here, so why not send them a quick tweet requesting that Piggy be given a star, as she darn well should?  Or you can contact them via their website right here.  Maybe we could remove a star like Kevin Spacey’s or Donald Trump’s, and replace a metaphorical pig for literal pig who deserves it! 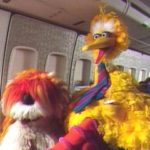 (Almost) All The Times Kermit and Piggy Weren’t Together / Split Up! 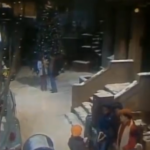 The Muppets Should Host The Oscars

Coverage of THE MUPPETS Walk of Fame Ceremony