Being that it’s Women’s History Month, we found it irresistible to talk about the most prominent female Muppet, who also happens to be one of the most famous female characters in pop culture.  As enlightening as yesterday’s Miss Piggy spotlight was, we recognize that the problem of discussing the fabulous Miss P. means leaving any actual women out of the conversation. 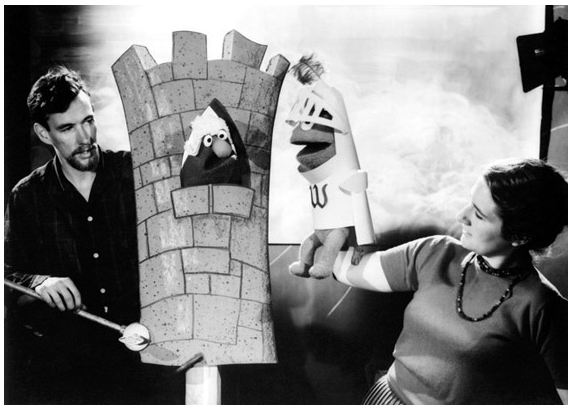 In Jim Henson’s earliest years, I have to assume that Jane Henson had more of a hand (ha) in their performances than many of us assume.  She was Jim’s first creative partner, and likely had input in everything they produced at that time.  There weren’t many female characters in the Sam and Friends days, excepting when a character (often Kermit) would don a wig.  Personally, I have no way of knowing if Jane took it upon herself to perform any of them, but knowing how much creative control Jim preferred, he may have set an early precedent for having male puppeteers perform whoever is funniest on screen, leaving Jane to handle background characters and right hands. 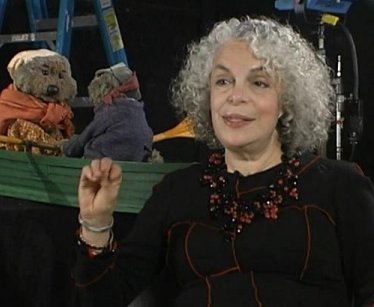 Thankfully, around 1970, Jim held open auditions for new puppeteers for The Great Santa Claus Switch, and he was introduced to performers Fran Brill and Marilyn Sokol.  Sokol didn’t care for the puppeteering aspect of the job, so she eventually only worked with the Muppets as a voice actor.  A few years later when developing Emmet Otter’s Jug Band Christmas, Sokol was brought in to provide the voice of Ma Otter, with Frank Oz manipulating the puppet.  If you watch the outtakes, you’ll hear Frank’s version of Ma, which may have just worked fine for the time.  But adding Marilyn Sokol’s warm and gentle voice (not to mention her impeccable singing) truly brought Ma to life.  Personally, I can’t imagine feeling as strongly about Ma if she was performed entirely a man. 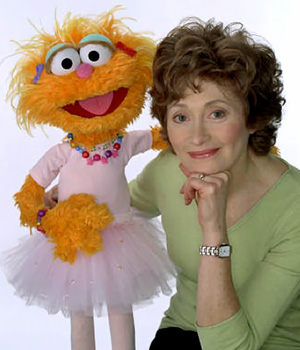 Meanwhile, Fran Brill began her long career with the Muppets.  And she truly was the gold standard for female Muppeteers.  The first year of Sesame Street was riddled with Frank Oz’s “little girl” voice and bad lip syncing to Loretta Long for characters like Roosevelt Franklin’s mom.  But Fran, already a talented voice actor, performed the tiny-but-tough Prairie Dawn, and throughout the years she tackled the persnickety Mrs. Crustworthy, the brainy Roxie Marie, and dozens of others.  In 1993, she was practically the only choice for a new character to help balance out the mostly male Sesame Street cast, and she helped create Zoe.  Not only did Fran usher in several prominent female characters to the show, she also helped to end the practice of having female characters performed by men on Sesame Street.

While barriers were slowly being torn down on Sesame Street, things weren’t quite as promising on The Muppet Show. You can almost see their feeble attempt at diversifying characters, but with so few female voices behind the scenes, we didn’t get much further than Miss Piggy’s antithesis Annie Sue or Gonzo’s harem of chickens.  Janice came close to becoming a full-fledged character, but was almost always defined by her role as the “girl” in the band or one-third of the Vet’s Hospital staff.  And, you guessed it, also performed by a man. 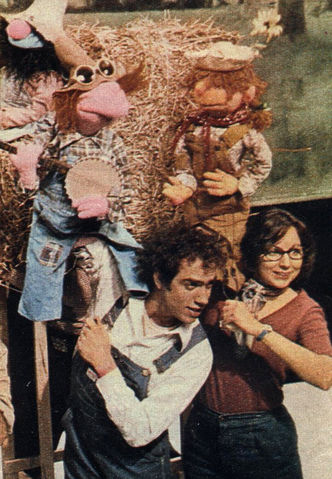 Eren Ozker was a member of the Muppet Show troupe from day one, but she failed to make a splash.  Her key character, Hilda the seamstress, wasn’t interesting enough, funny enough, or popular enough to keep around.  Hilda looks like a pile of rags, and we have no idea what she wanted out of life, how she fit in with the Muppet family, or why we would ever prefer to watch her rather than the piano-playing dog or the weirdo that catches cannonballs.  Ozker was dealt a crummy hand with Hilda, and both women were dismissed from the show without replacement.  Would Hilda have been more popular if she was performed by, say, Jerry Nelson?  Or would Eren Ozker have stuck around if she got to help develop a more well-rounded female character?  We’ll never know, but our assumptions will most definitely run wild. 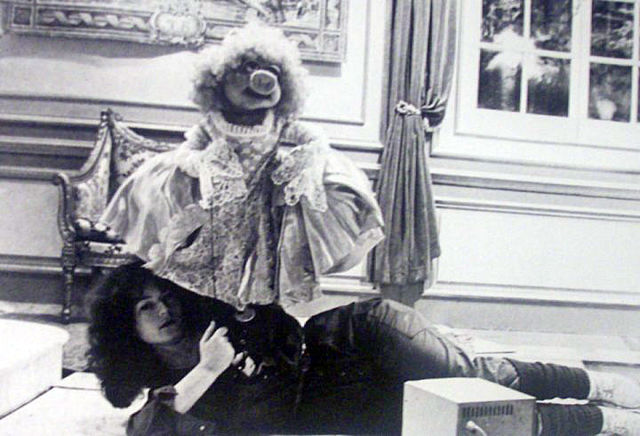 Louise Gold joined the Muppet gang as their newest resident female, and although she still brought along an important new voice to the Muppet Show cast, her only real recurring character was Annie Sue, built to be a foil to Miss Piggy, popping in to be the “cute kid” for Kermit to make goo-goo eyes at, and singing an occasional song.  It’s no surprise that Annie Sue was used pretty sparingly, as the foundation for an interesting character wasn’t there.  It seemed to be a pattern on The Muppet Show to half-ass the female characters unless they were being handled by one of the guys.  It’s also surprising/disappointing that Gold didn’t get a new signature character, as she offered a unique voice (literally) to the troupe, and she had so much talent as a singer, voice actress, and character performer.  But hey, we’ll always have Annie Sue.

For all the problems the Muppet Show cast was having, Sesame Street had the opposite effect.  Following in Fran Brill’s footsteps were a whole new cast of talented women, creating new female characters for young girls (as well as a lot of young boys) to love.  Carmen Osbahr brought along the bilingual Rosita, who has been playing guitar and teaching kids about inclusion since 1991.  Leslie Carrara-Rudolph has been performing Abby Cadabby to such acclaim, I can’t fathom what the Street would look like without her.  Pam Arciero brought a (literally) unique voice to Sesame Street with Oscar’s girlfriend Grundgetta, who may be the only woman on the show who can be mean and still get invited back the next day.  (Fun fact: Pam Arciero is tied with Marty Robinson as the longest-running current performer on Sesame Street after Caroll Spinney, having started in 1984!) Current performers Stephanie D’Abruzzo and Jennifer Barnhart are actually carrying Fran Brill’s torch by continuing performing her characters Prairie Dawn and Zoe.

I honestly don’t remember the last time Sesame Street had a female character performed by a man.  Maybe Big Bird’s grandmother?  Or half of the Twiddlebugs?  The mere fact that I’m having trouble thinking of any tells me that Sesame figured out this problem a long time ago and has been doing their best to employ talented women and to keep vibrant female characters on the show. 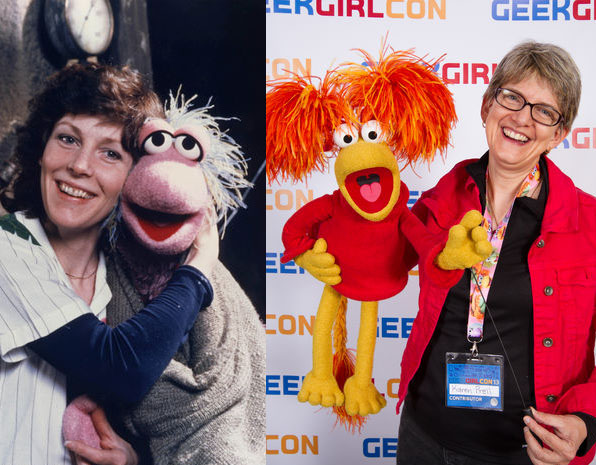 Beyond the Street was the Rock, and Fraggle Rock brought along Kathy Mullen and Karen Prell as Mokey and Red.  More than any other Henson project, Fraggle Rock had their main characters sorted out from the onset, and they stayed true to who they were throughout the series.  I could write a whole essay about Mokey and Red, and how they represent two vastly different types of women, who any young person watching could pick and choose characteristics to see in themselves or emulate.  They also brought a further sense of realism to the show (which is difficult in a program about singing cave creatures) by expanding their representation, rather than have a bunch of dudes goof around with puppets like they did on The Muppet Show.  Sure, it might’ve been entertaining, but this show needed to be important, and that’s what Mullen and Prell brought to the table. 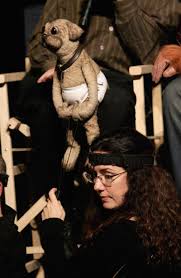 As we continued to complain about the lack of female characters in the Muppet family, someone behind the scenes at the recent TV show must’ve had the same thoughts, as they promoted Julianne Buescher, giving her the reins to new character Denise and returning character Yolanda.  Denise didn’t have quite the splash some of us expected, but Yolanda was a breakout character.  Tiny but loud, Yolanda spoke her mind, wasn’t afraid to be conniving, and was strong enough to carry her own storylines on the show.  One of the worst parts about The Muppets‘ cancellation (aside from all the obvious stuff) is that we don’t have a current outlet for getting more Yolanda in our lives, and we owe all of our newfound love of that tiny rat to Julianne Buescher.

The history of female Muppets performed by women is an uneven one.  The precedent set by Jim Henson in the early years really made it difficult to shed the stereotype of the Muppets as a “boys club”, but even in this short list, we’ve learned that there are still a lot of talented female puppeteers developing new characters and bringing new life into old ones. 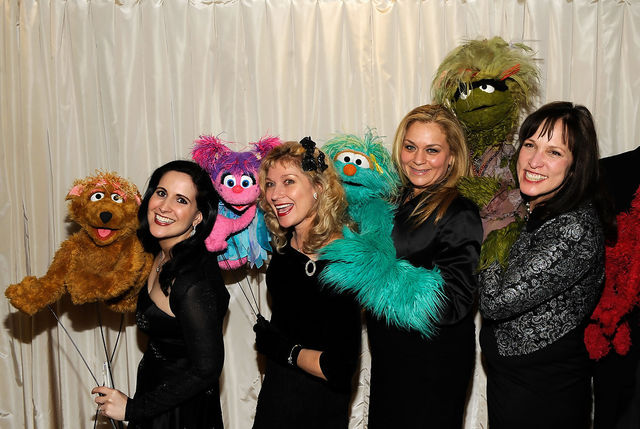 Click here to give a hoot about representation on the ToughPigs forum!