The definition of insanity – so they say – is performing the same task over and over while expecting different results.  I do believe that I’m officially insane.

For over 12 years, we’ve been attending Toy Fair – the annual expo featuring much of the upcoming toys to be sold over the following year – in a desperate search for anything Muppet-related.  Some years we get lucky and see an exciting Muppet action figure or a talking Sesame Street plush or even a Fraggle here or there.  Other years, we’re less lucky.  This is one of the “other” years.

It’s disheartening to see so much merchandise from every brand conceivable, including many that haven’t technically launched yet due to upcoming films or TV shows that are expected to make a big splash after their premiere.  That’s really great for Bill and Ted, but less so for anyone who cares about a certain frog and pig.

There was definitely one guy who’s getting a lot of attention this year, and although he’s not a Muppet, he’s tangentially related to the world of Jim Henson.  Sort of.  Barely. 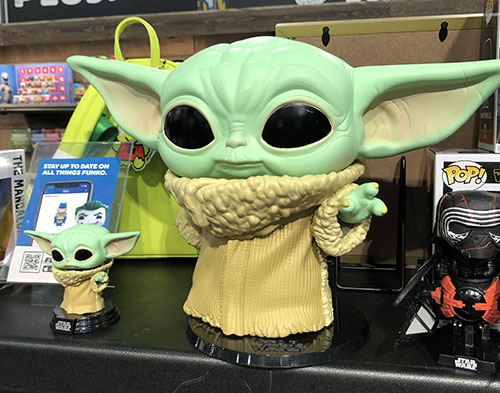 Baby Yoda!  (Sorry, The Child, as all the officials are insisting we call him.)  The original version of Yoda was performed by Muppet performers Frank Oz and Kathy Mullen, and while they don’t currently have any connection to the newer version of the character, it certainly made me feel slightly better (if I allow myself the delusion) to have this presence at Toy Fair.

But like I said, there was a lot of Baby Yoda. 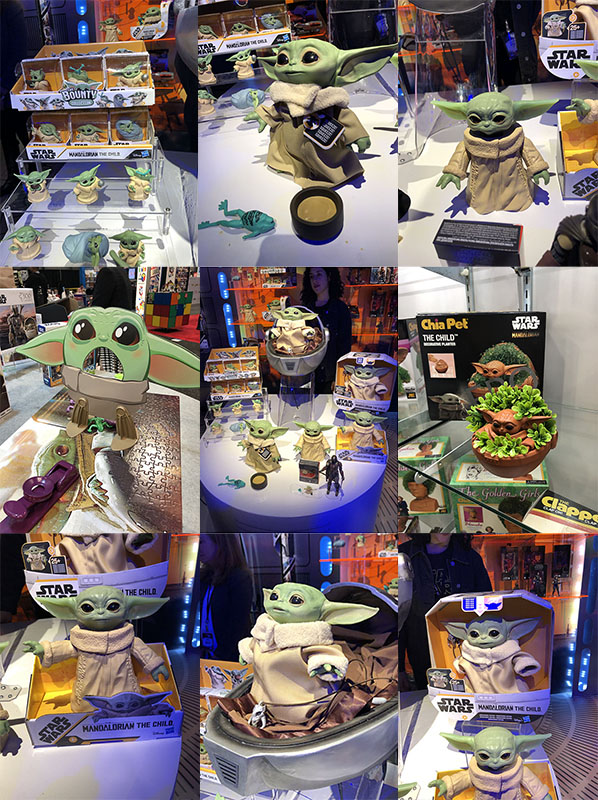 But we’re not here to talk about Baby Yoda.  (Hey, if that’s what you want, there are plenty of places on the internet to go to for that.)  We’re here to talk about the Muppet/Sesame/Henson-related merch at Toy Fair.  And while there really wasn’t much beyond the usual (to see most of that stuff, just look at our last few Toy Fair roundup articles), we did get a glimpse at a few interesting things. 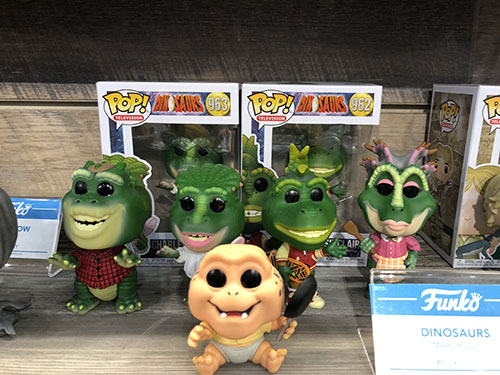 Unsurprisingly, the most exciting announcement came from Funko – the toy company that won’t rest until they’ve made Funko Pops out of every brand in history.  They’ve already tackled the Muppets, Sesame Street, Fraggle Rock, Labyrinth, The Dark Crystal, and Jim Henson himself.  And coming this March are the Sinclair family from Jim Henson’s Dinosaurs.  You gotta love ’em!  Contractually!

The other exciting surprise came from Chronicle Collectibles.  They’re releasing a huge line of ornaments from various Henson Company brands including: 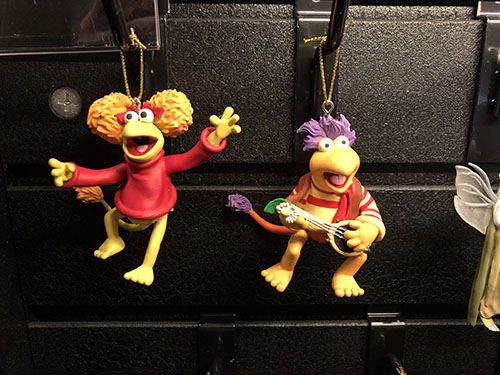 Red and Gobo from Fraggle Rock! 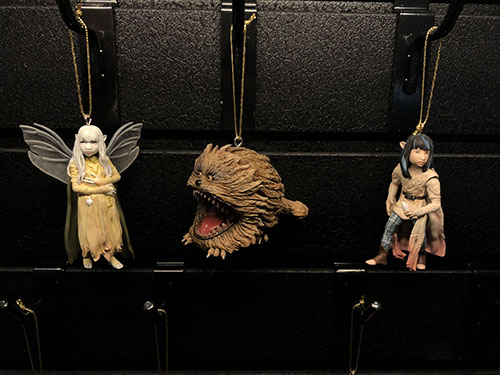 Jen, Kira, and Fizzgig from The Dark Crystal! 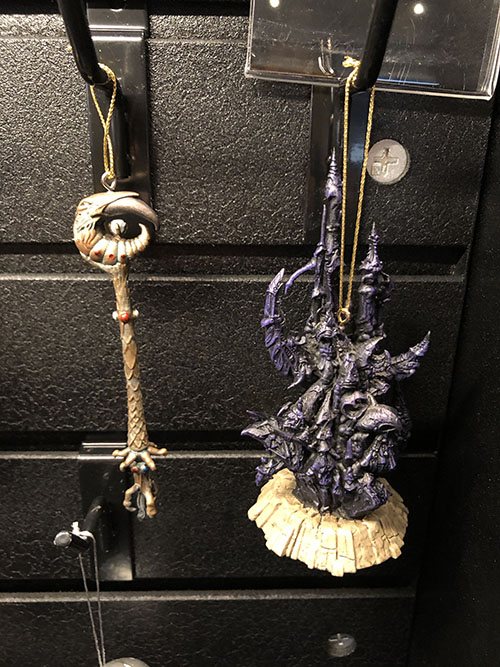 The Emperor Skeksis’ scepter and the Skeksis castle from The Dark Crystal! 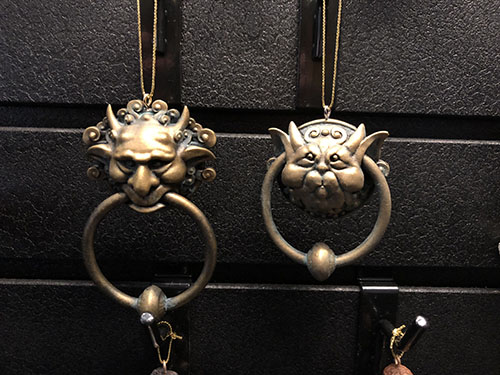 The door knockers from Labyrinth! 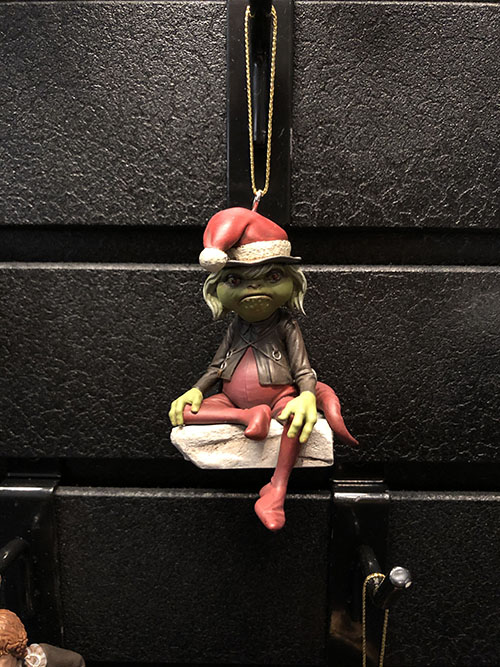 This Labyrinth goblin who’s dressed up for the holidays! 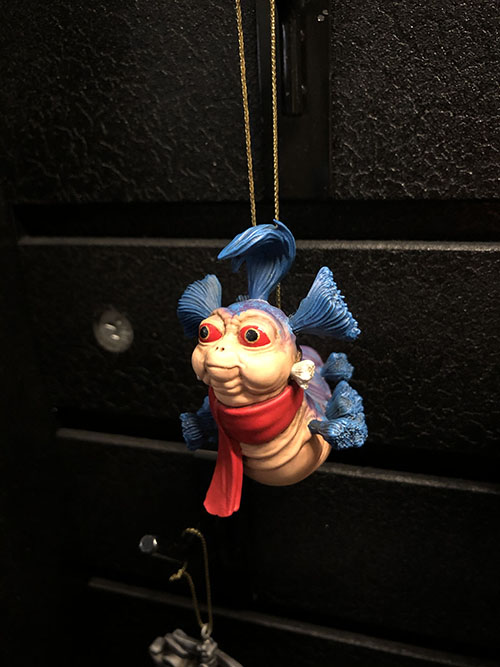 And, of course, the Labyrinth worm!  Each of these will be in stores this summer, with plenty of time before the holidays.  They’ll all cost around $19.99-24.99 each, except the door knockers, which are cast in metal and will arrive in a two-pack for $39.99.  There’s no doubt in my mind that more than a few of these will be seen on my tree next Christmas. 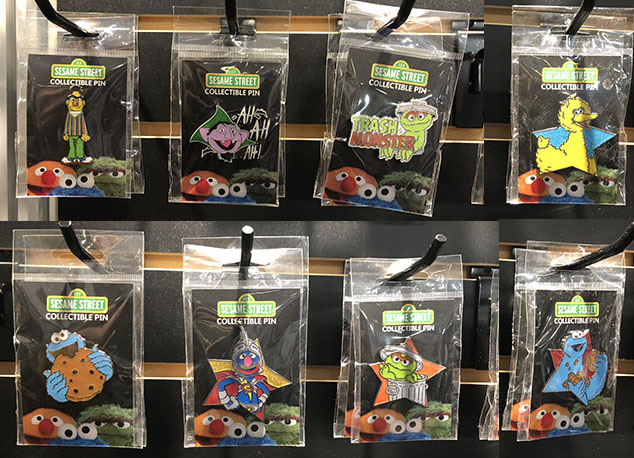 Zen Monkey Studios has a strong history in making cool stuff for Henson fans.  Their latest offerings are a series of Sesame Street pins.  They had a few for sale at various comic cons around the country last year, and they’re selling well enough for a new series.  They’ve promised more to come, which is exciting for anyone who loves Sesame Street and pointy things! 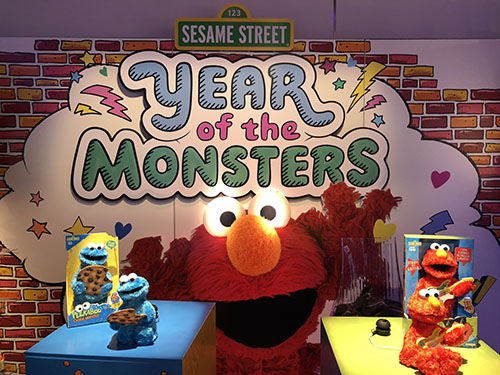 The Hasbro showroom also featured some new Sesame Street merch, but for a younger crowd.  It seems that 2020 will be “Year of the Monsters”, with a highlight on a Peekaboo Cookie Monster (who hides behind his giant cookie) and Rock and Rhyme Elmo (who has a guitar that makes noise when you strum it).  This Elmo also makes silly sound effects when you squeeze his nose, which (according to Hasbro) is the first time an Elmo toy has had that particular feature.  I find it hard to believe that Elmo has never had a noisy nose before, so it’s either a cruel lie or I can’t believe it took them this long to make that happen! 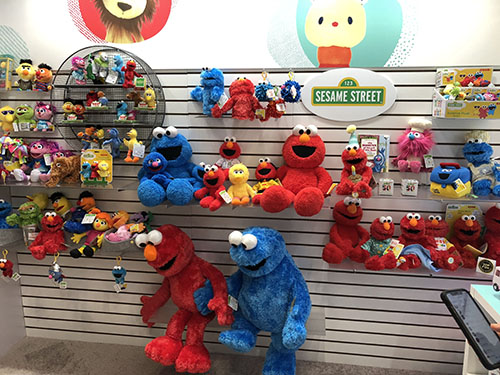 Sesame Street’s other big licensee is Gund, which always has a good showing of various Elmos and Cookies and whatnot.  This year, their new offerings include a super-soft Grover and some dress-up Elmo dolls.  But also… 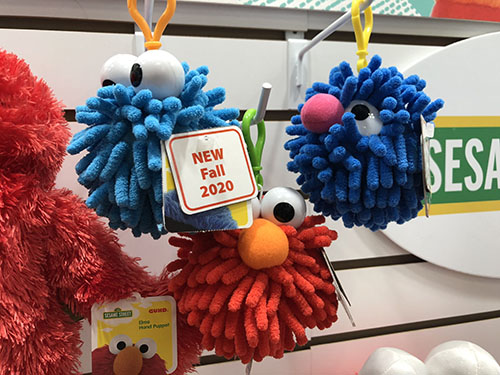 These things!  These Koosh-looking faces do more than just look cute and hang from anything they can clip to.  They’re also screen cleaners!  So wipe off your phone or your computer or wash your windows with them!  So versatile!  So sanitary! 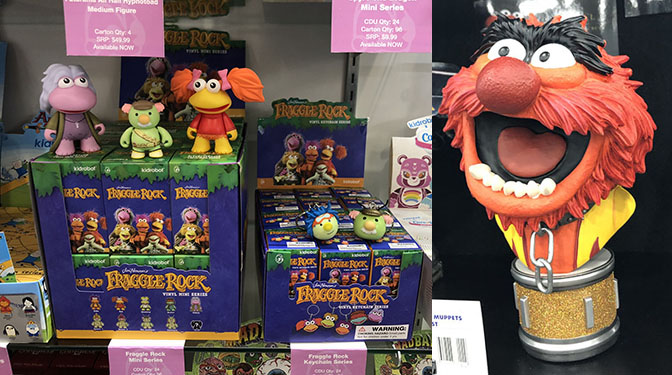 As we said, there are a few repeat customers from past years.  Two that were extremely pleasant to see were Kid Robot’s Fraggle Rock blind box figures and keychains (which we reviewed last year!) and Diamond Select’s Animal bust (which we also reviewed last year!).  We really loved all of these, and we’re pleased to see that they’re still out there, ready to be taken home by a loving Muppet fan. 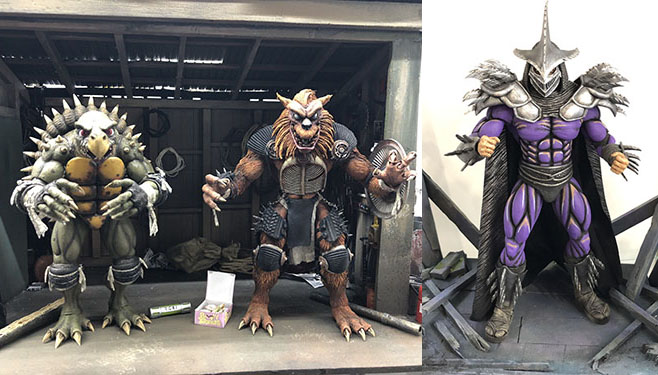 Lastly, in another slight reach for a Muppet connection, NECA will be coming out with some amazing action figures based on Teenage Mutant Ninja Turtles II: The Secret of the Ooze, which featured puppet effects by the Jim Henson Creature Shop.  Some of those designs are being translated into toys of Tokka, Razahr, and Super Shredder.  You know, everyone’s favorite Muppets.

Sadly, we didn’t find much from the Muppets or even Muppet Babies.  We can only hope that Disney is producing more for those brands under their own umbrella, and we’ll be seeing them at The Disney Store any day now.

So we embark on another year of minimal Muppet merch, which is a real bummer.  And yet we know we can handle it, because Muppet fans are used to the uphill climb.  We’re strong, and we’ll persevere until next year’s Toy Fair when we’ll either be rewarded for our patience or proven insane once again. 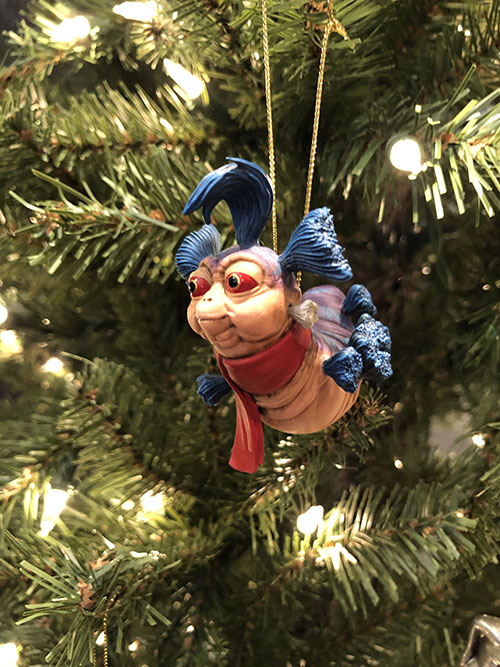 Click here to hang a Fizzgig from your tree on the ToughPigs forum!