The lips, the hair, the eyes… She’s not easily mistaken for any other Muppet character. As seen on her Muppet Wiki page, early designs for Janice indicated that she was intended to recall Mick Jagger, and you can definitely see the resemblance. But if you glance around the internet, you’ll find claims that Janice looks like all kinds of other famous women. In fact, if you did enough searching on the blogosphere and the websiteosphere, I bet you could find folks comparing Janice to every female celebrity in the world. Let’s see what we have here…

Shortly after Mary Travers of Peter, Paul and Mary passed away, the blog Hoofin to You explored the notion that the late singer was a Janice look-alike. Let’s do a side-by-side comparison:

Yeah, I could see that. Did Janice ever sing “Leaving on a Jet Plane?”

Here’s another, less flattering comparison: A weblog with the nifty title I’m Bringing Blogging Back suggested that Heidi Montag‘s plastic surgery made her look like Janice, and provided this illustration. 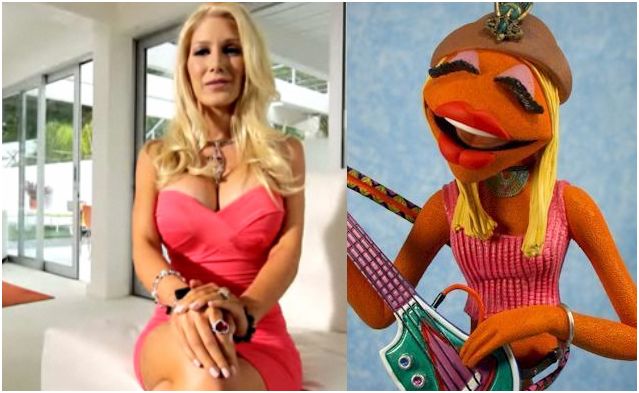 I like that they used the Janice action figure to drive home the “plastic” part. Oh, and in case you don’t know who Heidi Montag is… Well, I envy you, but I’m not going to ruin it for you by telling you all about her.

Some kind of crazy web thingy called Luuux thinks something called a Kim Kardashian looks like Janice, and offers this visual: 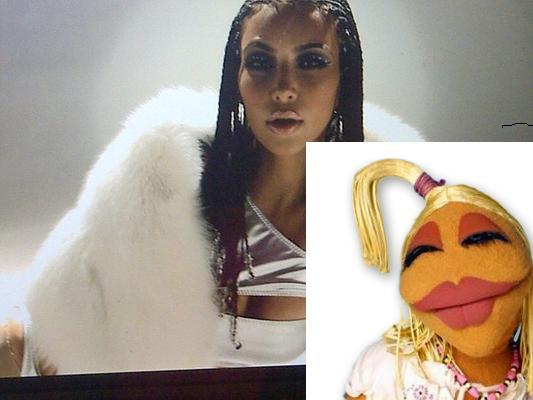 Remember that couple that crashed an event at the White House a while back? Media Bistro thinks 1600 Pennsylvania Avenue crasher Michaele Salahi looks like the Electric Mayhem’s guitarist. Here’s their illustration, using the same picture of Janice: 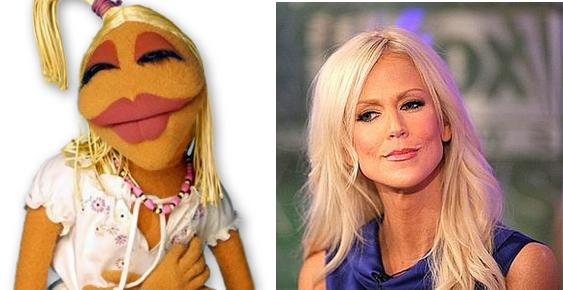 I can’t say I see it. But hey, wouldn’t it have been a more entertaining story if Janice and Floyd had crashed the White House? The same shot of Janice was also used by Totally Looks Like, a site whose very purpose is to scrutinize photograph evidence determine which notable persons totally look like other notable persons. In this case, they think Janice looks like a reality dating show star named New York. New York? What kind of name is that? Is her sister New Jersey? Do they have a brother named North Dakota, or a step-brother named U.S. Virgin Islands? 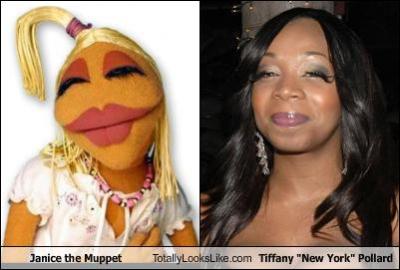 Butelsewhere on the same site Janice is said to resemble Step by Step star and Thigh-Master endorser Suzanne Somers: 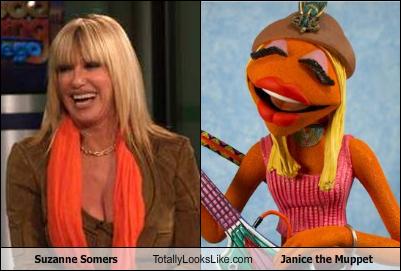 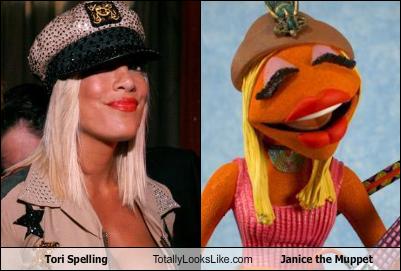 They really like that action figure photo, don’t they?

What about Nicki Minaj? Believe it or not, that’s somebody’s name, and yep, she’s said to look like Janice too: 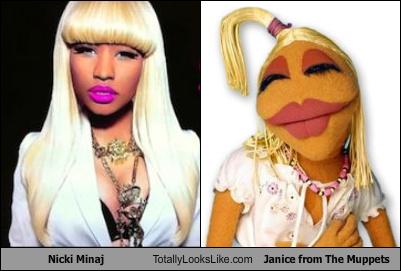 Moving away from TotallyLooksLike, Florida’s Sun-Sentinel’s site is far from the only place on the web where Janice is compared to fashion designer Donatella Versace:

Honestly, I think Donatella looks more like something created by the Henson Creature Shop than the Muppet Workshop.

And that’s not all:

So there are several questions here. First: What is it about Janice’s look that reminds so many people of so many celebrities? It’s interesting to note that many of the stars and quasi-stars said to favor Janice are suspected or known to be recipients of plastic surgery… and Janice has been in show business for a lot longer than any of them. Could it be that all of these women were so influenced by The Muppet Show that when the time came for them to go under the surgeon’s knife, they were determined to look like Janice, their favorite female television character? (At least Janice is a human, so I suppose it’s better than looking like Miss Piggy.)

Second: If all of these women look like Janice, does it follow that they all look like each other as well? Is Suzanne Somers a dead ringer for Nicki Minaj? Are Donatella Versace and Paris Hilton practically twins?

And finally, the most important question, of course, is: Why is Janice compared to so many celebrities who are so dang trashy?

Who do you think Janice looks like? Click here for some jelly-belly gigglin’, dancin’ and a-wigglin’ on the Tough Pigs forum!