Elmo and Tango Go to the Puppy Bowl

I confess: I am not big into sports at all. It appears that like our pal Elmo might feel the same, because he’s skipping the Big Game this year to make an appearance at PuppyBowl XVIII! He and his new puppy Tango are reportedly participating in the coin toss for the game between Team Ruff and Team Fluff, as well as rooting for players throughout the game. My heart is melting already. I don’t think they’ll allow Tango in the game itself, but where in the rulebook does it say a puppet can’t play football, huh??

Tune into Puppy Bowl XVIII on Sunday, February 13th at 2pm EST on Animal Planet (and streaming on Discovery+) to see Elmo, Tango, and a bunch of cute rescue puppies in action.

Click here to counter-program on the Tough Pigs forum! 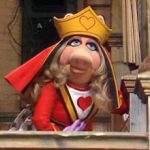