Celebrating 50 years of Doctor Who! 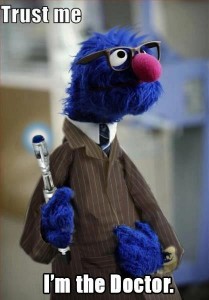 This week, Doctor Who celebrates its 50th anniversary, an exciting milestone for an imaginative and clever television show that’s loved by children and adults all over the world.

Of course, as Muppet fans, this should sound familiar to us, because the Muppets also have a long, complicated history.

In fact, it’s practically the same history. Check it out.

Doctor Who began in the 1960s as an educational program, originally led by a young female producer with a strong vision for the show. The lessons were aimed primarily at children, but the clever writing and appealing characters made it a favorite for the entire family. The show had a warm spirit, celebrating intelligence, problem-solving and peaceful co-existence with people who are different from you.

The show was also known for its monsters, who could be quite scary but were still loved by children. There was a memorable Christmas when every child in the nation wanted a toy based on the show’s most popular monster, and the toy shops had trouble keeping up with the demand. In fact, sometimes that monster’s popularity has eclipsed every other character on the show.

Doctor Who hit its peak audiences in the 1970s, when they did some of their most well-known and best-loved work. The 1970s episodes were not just popular in England, where the show was filmed — Americans also loved it, and these episodes were endlessly repeated on American TV for many years. 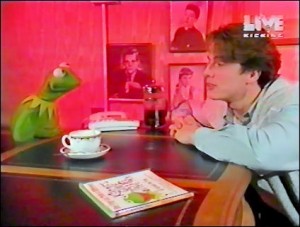 The characters could travel practically anywhere. They went back in time, to visit Dickensian England and sail with 19th century pirates. They explored outer space, investigated mysterious crimes in London and visited the Empire State Building. There were guest appearances by some of the biggest celebrities of their day, including John Cleese, Diana Rigg, Jean Marsh, John Hurt and Kylie Minogue.

In the early to mid-80s, interest in the show began to decline. They experimented with a more serious, hard-science-fiction tone that ultimately failed to resonate with the audience. There were popular TV specials that brought old characters together, but overall it seemed like the franchise was starting to look backwards more than forward.

By the late 1980s, Doctor Who was a shadow of its former self. Attempts to revitalize the show in 1989 were unsuccessful. 1990 was a particularly disastrous year, and it seemed at the time that the show had no future. 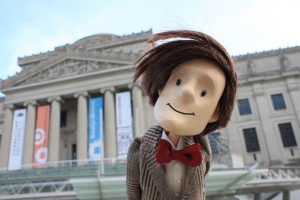 In the 1990s, interest in the franchise was kept alive by their most devoted fans, the children who had grown up with the show and wanted to share it with their own children. The fans were excited when Doctor Who returned to TV in 1996, but the new version couldn’t recapture the old magic, and it was largely forgotten.

Things turned around in 2004, with the announcement that the franchise would be relaunched, with a new production team. Fortunately, the show has a history of recasting, keeping the main characters alive even when the performers who played them have passed away or moved on to other work.

The renewed interest in the show means that much of the series has been released  on home video. However, most of the 4th and 5th season episodes are missing, and have never been released on DVD.

Both Doctor Who and the Muppets have created decades of popular entertainment, with moments of pure inspiration and disappointing failure. We’ve loved them for many years, and there’s still more to look forward to. Happy anniversary! 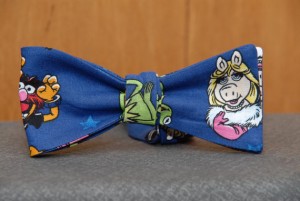 Click here to trust Grover; he’s the Doctor on the ToughPigs forum!

Doctor Who Week: The Muppet Companions

Doctor Who Week: The Best Place by the Fire…