Dear Mr. Prady and the Writing Staff of The Muppets, 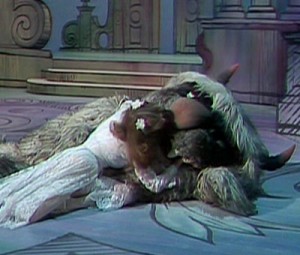 Like most fans, I’m excited that the new Muppet series on ABC promises to show the Muppets’ personal lives. I look forward to seeing what that means for Kermit, Gonzo, Fozzie, and the rest of the main crew, but I’m even more eager to see how far you take that hook with the background characters. Are we going to see what Doglion’s hobbies are? Or find out what made Marvin Suggs into such a cruel taskmaster? There’s a whole world of possibilities for you to explore, and it should be a lot of fun.

You know what would make it even more fun? If you move beyond the Muppets we’ve seen on TV before and bring in characters who debuted in other media. Most obviously that means Skeeter, but it could also mean characters who debuted in comics (like stealthy tap dancer Ninja Rogers) books (like Animal’s mother Laverne), or albums (like folk hero Buzz the Wharf Rat). Or, in the best of all possible scenarios, it could mean a character from the My Muppets Show app, like the greatest Muppet of all time, Durwood Clapper.

If you aren’t familiar with My Muppets Show, it was a phone 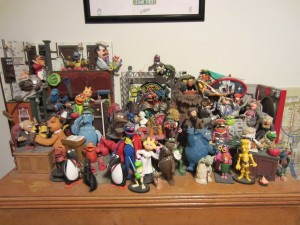 game that debuted in 2013 and allowed the player to fill a stage with Muppets.

If you are familiar with My Muppets Show, you’re are undoubtedly yelling “That terrible game?!” at your screens right now, because it was a pointless, uninteresting waste of time. It was one of those games where you tap a few things, wait a few hours, and then tap some more things. After several dozen taps, you might get a new Muppet on your screen. You could get essentially the same experience by rearranging all of your Palisades figures every morning and afternoon.

The worst part was that some of the Muppets in the game weren’t even real – they were filler Muppets invented for the game. There’s no reason for that kind of nonsense when you have a cast this vast and versatile. Every time there was room for a Pops or a Gaffer or a Droop or a Vendaface, what we got instead was some garbage like Big Moe or Jax Strumley or the Divettes*. 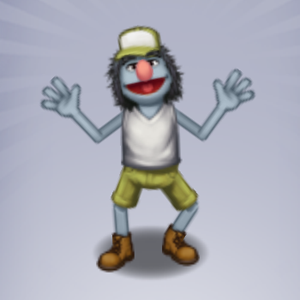 (*Speaking of the Divettes, this game actually had more new female characters in it than the two new movies combined. That’s a subject for another letter, but it would be a shame if this game continues to be the only place for new female Muppets.)

But every cloud has a shaggy-haired, rhythmically gifted silver lining, because one of those new characters was Durwood Clapper, whose only skill was right there in his name – he clapped in time to the game’s music. And it was hypnotic. My wife spent a few months playing My Muppets Show, and every time I glanced at her screen, it took me minutes (actual minutes!) to tear myself away from the mesmerizing sight of Durwood Clapper, clapping his little digital heart out. I can’t imagine I was the only person who had that experience.

Like thousands of others, I spent a lot of time in the summer of 2013 wondering what Durwood Clapper’s deal was, and the new TV series is the perfect chance for us to find out. Mr. Prady, if you want to show us the Muppets’ personal lives, it’s only natural that you include a mysterious, enigmatic character like Durwood Clapper. There are a million story possibilities:

Those are just a few ideas to get started. You can have those for free, but I’m sure you’ll have no trouble coming up with more. And once Durwood gets into the hands of a great Muppet performer (I’m imagining Matt Vogel), there will be no stopping him. Unlike the My Muppets Show app, Durwood’s applause will last forever.

Click here to ask ABC for some Rizzo risotto on the Tough Pigs Forum.

Piggy’s Rebound: Topher vs. Liam vs. Nathan vs. Josh