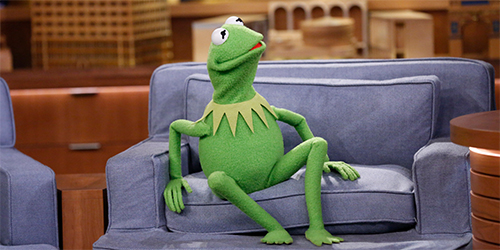 While the news, opinions, and speculation surrounding the recent events involving Steve Whitmire and the recasting of Kermit the Frog continue to propagate all over the internet, we have been waiting patiently for the Muppets Studio at Disney to chime in.  We are pleased to have received the following official statement from a Muppets Studio spokesperson:

The role of Kermit the Frog is an iconic one that is beloved by fans and we take our responsibility to protect the integrity of that character very seriously. We raised concerns about Steve’s repeated unacceptable business conduct over a period of many years and he consistently failed to address the feedback. The decision to part ways was a difficult one which was made in consultation with the Henson family and has their full support.

Although the above statement is a bit vague, we don’t expect to learn much more about the situation from Disney.  But it does seem that the conflict began much earlier than we were previously led to believe.

The statement also name-checks the Henson family, which may help satisfy some fans out there.  There is a lot of speculation about “Jim’s wishes”, and we can’t ignore the involvement of his own children.

We will continue to provide information about this story as it develops.

Click here to raise concerns on the ToughPigs forum!