In 1982, Jim Henson (you know, the guy who made silly puppet shows for kids) did the unthinkable and created an entire world filled with imaginative creatures and deep mythologies, and then put it all into one of the most gloriously beautiful films ever made.

The Dark Crystal is quite possibly one of the greatest achievements of Jim Henson’s career.  And yet, the film is a little divisive among fans.  It’s widely agreed upon that it’s a stunning film with puppet creations and techniques that still impress today, and there are millions of fans who agree that the movie is one of the greatest Henson projects of all time.  And yet there are those of us who find the story a little lacking, the characters not fully realized, and the overall script a bit dull.

So, here’s the question on my mind: What is it about The Dark Crystal that begs for a big-budget prequel series 37 years later? 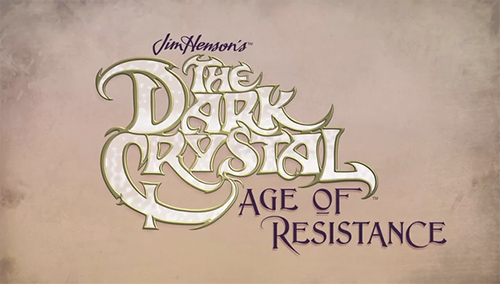 Don’t get me wrong: The Dark Crystal isn’t some panned film unworthy of an expanded universe.  But it is sort of a cult classic, mainly loved by a small but strong fanbase.  Is that fanbase large enough to justify this new miniseries?

Not that the miniseries needs a hit film to justify its existence.  Even under the most dire circumstances, it could be seen as the other way around: A hit Netflix series could rejuvenate the franchise and drive fans right back to the original film.  And yet, a lot of big companies just invested a whole lot of money into what they expect will be a project viewed (and loved?) by millions.  They must have faith that this is something we fans have been clamoring for.

So, maybe we have?  Ignoring (for the moment) the various tie-in novels and comic book series, the original film seems to pose a lot of questions that don’t have direct answers, which would necessitate a prequel series to shed some light on those details.  Questions like: 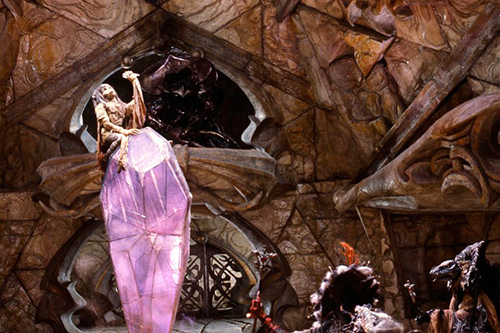 What exactly does the titular Dark Crystal do?

We know it split (and later re-joined) the UrSkeks into the Skeksis and Mystics, and it has something to do with zapping the essence out of the Podlings and Gelflings to be used as immortality serum for the Skeksis.  It’s also really good at glowing (hey, can someone make a light-up Dark Crystal floor lamp??). But how does any of that work?  Can it do other things?  Does the Crystal have an origin story?

What happened in the distant past before the events of the film?

There are plenty of hints about the convergence 1,000 years ago, as well as some prophecies about the Gelflings.  But a lot happened in 1,000 years.  How about how the Skeksis took over and devastated the Gelfling race?  Or what the Mystics have been up to besides making sand art and moaning at the sky?  The new series will definitely tackle elements of this, and I’m jazzed to see how much of the missing years it covers.

What’s the deal with Aughra?

She sure does know a lot of stuff!  Like, a lot of stuff.  She was apparently present for the first conjunction, so we know she’s old.  But she also has knowledge of the planets and universe (in a time when I’d expect everyone to think Thra was flat).  She lost an eye at some point, so maybe we’ll learn how that went down (Nick Fury-style).  And she’s been keeping the shard – the key to repairing the Dark Crystal – in a sack like common garbage.  How’d she get it?  Did she know it was important?  Hopefully the Netflix series will give us a lot more insight into Aughra and how she operates. 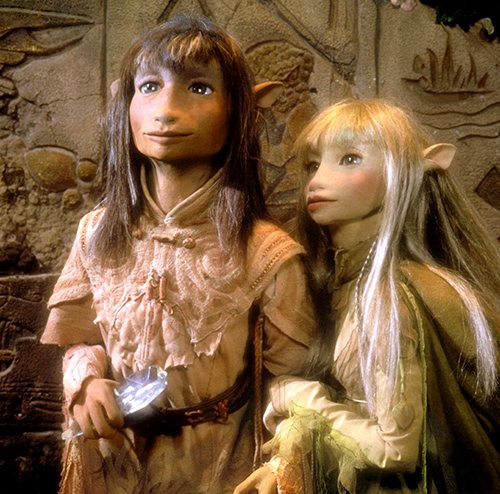 Can we fix the problems with the original film?

Let’s be honest, the movie isn’t perfect.  There’s some serious pacing issues.  The original conceit that the Skeksis didn’t speak English made for awkward dialog in the rewrites.  The mythology is complex to the point of complication.  I expect the new series to address some of these issues and update for viewers of the 21st century.

And then I’ve got a few questions of my own:

What threads did they feel the need to pull on to create storylines for the new series?

Obviously, someone watched the film and chose some key moments that could be expanded on for several hours’ worth of storytelling.  Maybe they wanted more about Jen’s history as “the chosen one”, or what drove Aughra insane, or more about the terrifying scene of Kira’s parents hiding her just before being ripped away by the Skeksis. 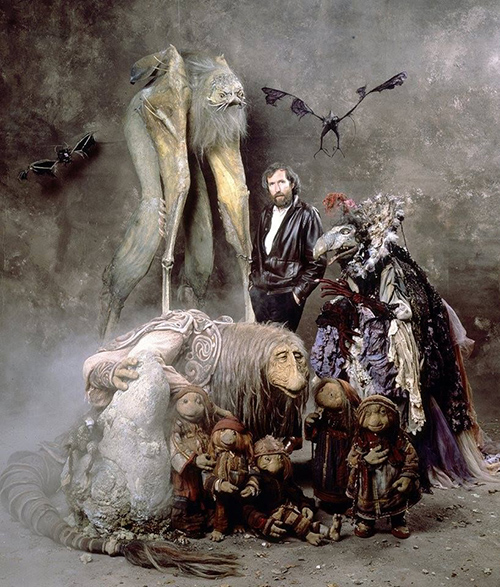 Is the new series just an excuse to show off new puppets?

Look, if it is, I’m totally okay with that.  My favorite part about the film is seeing all the interesting puppet creatures and puppetry effects, and that’s the sort of thing The Jim Henson Company does better than anyone else.  I’m beyond ecstatic that the series will be continuing the tradition of practical effects, and the trailers promise a lot of impressive Henson creations.  Who needs story and character when we’re going to have so much amazing stuff to look at!?

What if the new series is better than the original film?

What we’ve seen of the series so far looks beyond amazing.  For casual Henson fans who may not have as much love for The Dark Crystal, it’s very possible that they’ll find more to enjoy with the series.  Tighter storytelling, new groundbreaking effects, vivid colors, celebrity voice cast, and inspiration from Jim Henson himself might actually make the series not just on par with the film, but one of the best Henson Company productions in years.

With just days until The Dark Crystal: Age of Resistance‘s premiere, we’ll have all our questions answered very soon! 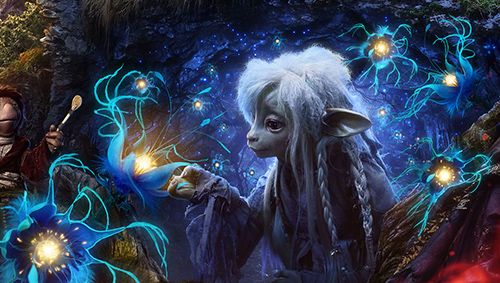 Click here to replace the shard in the ToughPigs forum!