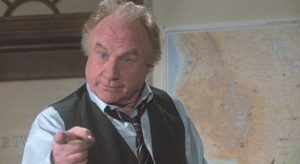 On my commemorative 35th anniversary re-watch of The Great Muppet Caper, I found myself really thinking about Mr. Tarkanian.

I bet a lot of people who have seen the movie multiple times wouldn’t even be able to identify who “Mr. Tarkanian” is.  I probably didn’t remember his name myself until around the time I ascended to about level 9 Muppet geekhood.  As you’ve no doubt deduced by this point, Mr. Tarkanian is the editor of The Daily Chronicle newspaper. He’s the manager to whom Kermit, Fozzie, and Gonzo report.  And he’s pretty gruff, but not unreasonably mean… He’s somewhere between Perry White and J. Jonah Jameson, I’d say.

Mr. Tarkanian’s first name is Mike, and he’s played by accomplished character actor Jack Warden.  You know he was an accomplished character actor because he was one of the twelve angry men in 12 Angry Men.  Did you know Warden is the only American listed among the “Cameo Guest Stars” in the film’s end credits?  Well, he is!  There’s a good question for your next Muppet Trivia Battle.

The wonderful and informative Jim Henson’s Red Book blog posted an entry about the filming of the editor’s office scene, and included Jim Henson’s early list of possible choices for the role, in the order he wrote them down: 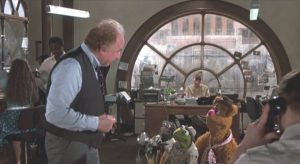 It’s interesting to note that Warden’s name is at the top of the list.  There are other, arguably more famous names listed, including two Oscar Madisons and a Felix Unger.  But Warden was the one who got the role.

I’d like to imagine Jim bringing in all the contenders, one by one, into a room containing only a desk, so he could observe which of them showed the greatest aptitude at slamming a fist on it.  (In the finished film, Mr. Tarkanian bangs his fist on desks five times — and there’s another trivia question for you!)  But the truth probably has more to do with the fact that when the movie was going into production, the 1976 thriller All the President’s Men was still fresh in everyone’s minds, and Warden played a newspaper editor in that.  So the average grown-up moviegoer would see him and say, “Ah, there’s that editor from the movie playing an editor in a movie!”  But hopefully not out loud, because you shouldn’t talk during a movie.  By the way, before you ask: I definitely see Kermit as more of a Bob Woodward/Robert Redford and Fozzie as the Carl Bernstein/Dustin Hoffman. 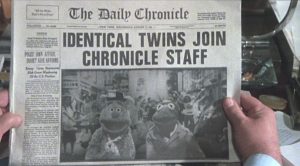 As fun as it would have been to see some of those other guys in the role, I can’t imagine any of them doing it better.  A more comedically inclined actor like Harvey Korman or Jim Backus might have played it too broad or cartoonish.  David Doyle was fine helping out Charlie’s Angels, but I can’t see him as the cantankerous newspaperman.

Warden provided just the right amount of bluster, he was good at playing straight man to the Muppets, and he really made the most of only three minutes of screen time.  He was good at his job.  But what about Mr. Tarkanian the character?  Was job something he was also good at?

The most important thing that happens in the Daily Chronicle office scene is that Mr. Tarkanian fires Kermit, Fozzie and Gonzo for doing a startlingly stupid front-page story when there were important, newsworthy things happening right in front of them that they completely ignored.  I think that’s official policy for most news outlets today (Am I right?  LOLOLOL), but back in 1981 that kind of shoddy reporting didn’t cut it against the Chronicle’s competitors like the Express, the Times, and the Herald (trivia question #3!). 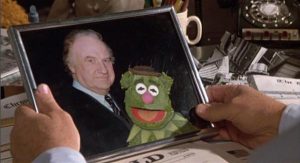 But wait a minute!  Whose fault is this, really?  Kermit and Fozzie are reporters, sure.  And they overlooked a major jewel robbery happening right across the street from them, sure.  And they turned in a fluff piece about themselves, sure.  But!  Whose job is it to actually decide what makes it to the front page?  Who decides what story shows up above the fold with the biggest headline and the biggest photo?  Is it the reporters?  No.  Is it the photographer?  No.  Is it Frank Oz?  We don’t even know what his job at the paper is.

No, those decisions fall to the editor.  So really, Mr. Tarkanian has no one to blame but himself for missing the big story.  He could have sent the guys back to interview the owner of Bond Jewellery, where the robbery happened (trivia question #4!).  Or he could have dispatched some rats or penguins or something to get a few photos of the aftermath as soon as he heard about it.  He must employ a few rat photographers, right? 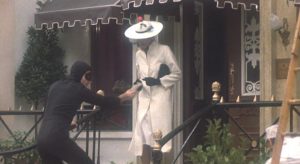 I submit that Mr. Tarkanian made the mistake in running that twin story, and he overreacted by firing our heroes.  But you know, he does right by it in the end.  There’s no triumphant scene of Kermit returning to the Chronicle office, where he’s greeted by a smiling Tarkanian who immediately apologizes, gives him his job back, and offers to buy Fozzie a new hat.  But after the gang has foiled the criminals and recovered the fabulous Baseball Diamond, the Chronicle not only pays for return flights for the original three staff members, but for at least 19 other people, dogs, chickens, and rats with no absolutely affiliation with the paper.  Sure, they’re flying cargo again, but this time the Chronicle even springs for parachutes!

What a nice guy, that Mr. Tarkanian.  He’s not such an angry man after all.

Click here to hire some jerkwits on the Tough Pigs forum! 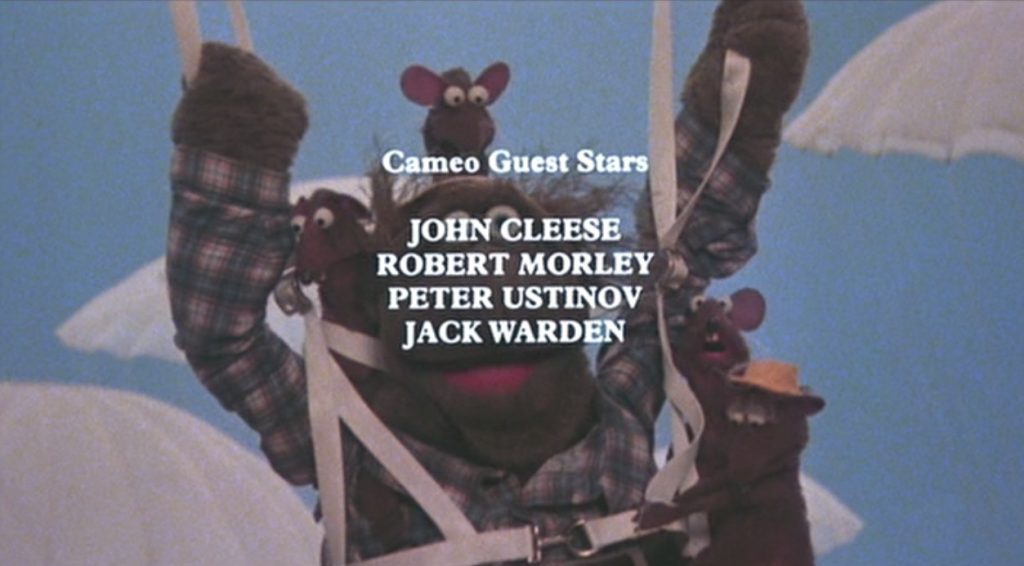