The annual D23 Expo is transpiring in September, which is to Disney fans what Burning Man is to people who like fires, I’m assuming. There’s going to be a bunch of panels, exhibitions, and whatnot about all things Disney, and since the Muppets happen to be under the Disney umbrella, they’re going to be a part of it!

On Saturday, September 10th at 1pm, there will be a live event celebrating the 30th anniversary of The Muppet Christmas Carol. The event promises that there will be Muppets in attendance, which is to be expected, as well as “other special guests.” Who could they be? Michael Cane? Paul Williams? Wander McMooch? We’ll just have to wait and see!

Then that same day at 4:50pm, there’ll be a panel about the upcoming Disney+ series, The Muppets Mayhem. The event will be moderated by Tahj Mowry, who will be playing Gary “Moog” Moogowski in the series. We’re hoping to not only see some live Muppets at this as well, but also a potential release date or some exclusive first-look footage. Stay tuned!

Now, tickets for the expo have already sold out. So, if you happen to be a Muppet fan who was lucky enough to snag admission, be sure to check out those live events! Meanwhile, the rest of us will be constantly refreshing YouTube, waiting for some kind soul to upload footage from the events.

Click here to celebrate a Christmas film in the summer on the Tough Pigs forum!

“When Love Is Gone”… Is Found! 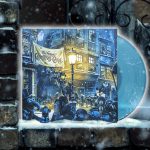 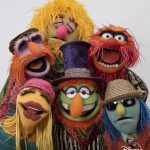 An Electric Mayhem Series Is Coming Soon to Disney Plus