By virtue of being a lover of pop culture on the internet in this day and age, I’m sure you’ve heard the repeated accusation that Toy Story, a groundbreaking film that ushered in a revolution in animation and has left its mark on parents and kids alike for 20 years, is simply a rip-off of Jim Henson’s The Christmas Toy. And to be fair, they do have a number of similarities: When we’re not looking, our toys come to life and have a society all their own. A beloved toy has to compete for the affection of its owner with a brand new toy, who doesn’t know that they actually are a toy. A threat comes to their existence, and they must work together to keep their liveliness a secret. Yeah, it does sound like the same basic premise. But how do we determine which is the superior project? Inspired by Doug Walker (aka The Nostalgia Critic) and his “Old vs. New” video series, I’ve managed to put together a fight for the ages. Will Rugby and Meteora be the greatest Christmas toys of all, or will Woody and Buzz Lightyear knock them to infinity and beyond? Let the yuletide battle begin!

(A slight disclaimer: On the Toy Story side, I’m only including characters seen in the first film, since they are the most similar in structure. As much as I’d love to talk about Wheezy, Jessie, and Lotso, it feels rather unfair to compare one Christmas special to three movies.) 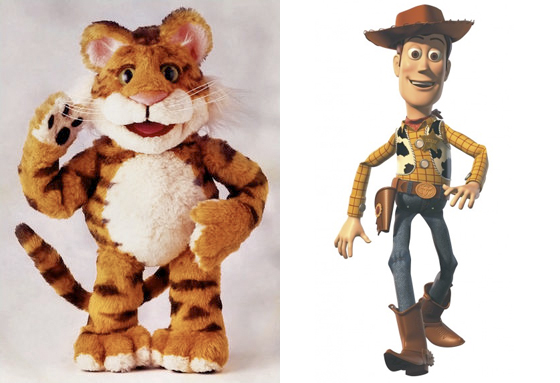 The reigning king of the playroom, both Rugby and Woody react poorly when they learn a new toy will be the star of the show. Rugby looks to show up this new toy by taking its place in the box on Christmas Eve, while Woody knocks Buzz out of a second-story window. But in the end, they both learn to share the room with their new counterparts, and through the power of teamwork, they manage to bring order back to their society of playthings. While Woody really is a great character, he manages to appreciate Buzz only through escaping Sid’s house, while Rugby learns to understand Apple’s misery from being a former Christmas toy and his story ends with him having a greater appreciation for everyone around him. He has greater growth as a character, which gives him the advantage.

It’s a cosmic showdown as the Queen of the Asteroids takes on Star Command’s greatest Space Ranger. To me, this isn’t really a fair fight. By the end of The Christmas Toy, Meteora still believes she’s a real Queen and only takes her place in the box because Rugby and Mew convince her she’s a superstar to be beloved by her public. Buzz, on the other hand, realizes that he’s a toy, but he can still be a hero by bringing joy and happiness to Andy’s life. He accepts his place as a toy, and learns to appreciate his role. Plus, the guy has Karate Chop Action. Buzz blasts away the competition.

Both Apple and Bo Peep are close friends with Rugby and Woody, and look to provide them with guidance to keep them on the straight and narrow. But while Bo is a more passive character, Apple takes a very active role, leading the search party to find Rugby and Mew when they run off. And because she’s active, Apple has a much larger role in the story, and proves to be a more rounded character.

Rugby and Woody’s faithful companions get thrown into the heat of things (literally for Slinky Dog, during the climactic truck chase) when the new toy arrives. Personally, I love Slinky Dog for his loyalty and humor, but Mew is clearly the more loyal toy, even when Rugby is treating him poorly. He’s willing to stick with Rugby in his adventure, and even risks being frozen forever to help. Sorry, dog lovers, but the cat toy’s got this one.

The elder statesmen of the playroom serve in a semi-leadership capacity in times of change and crisis. Balthazar preaches opening hearts when a new toy comes in, while Mr. Potato Head urges the toys to kick out Woody after he knocks Buzz out of the picture. While Balthazar may have the better message, Mr. Potato Head is the more entertaining character. He gets some of the funniest lines in the movie. Whenever I see a Mr. Potato Head toy, I can’t help but hear the great Don Rickles in my head. (And as a bonus, both Rickles and Balthazar’s performer, Jerry Nelson, were involved with Muppets Tonight! But I’m guessing you already knew about Jerry Nelson.)

These wisecrackers, even though they’re not huge players in their stories, both have some of the funniest lines in their respective projects. To me, the slight edge goes to Hamm. There’s just something about John Ratzenberger’s delivery that makes all the difference. Plus, telephone puns can get old pretty quickly.

These panicky creatures find their courage and self-worth over the course of their stories. While I love them both, the puppet design on Belmont captivates me, and Richard Hunt’s performance is extremely memorable. While it’s a very close race, it’s Belmont by a nose.

Wow, seven categories in and The Christmas Toy is ahead by one, but there are still two more aspects to talk about in a special lightning round! 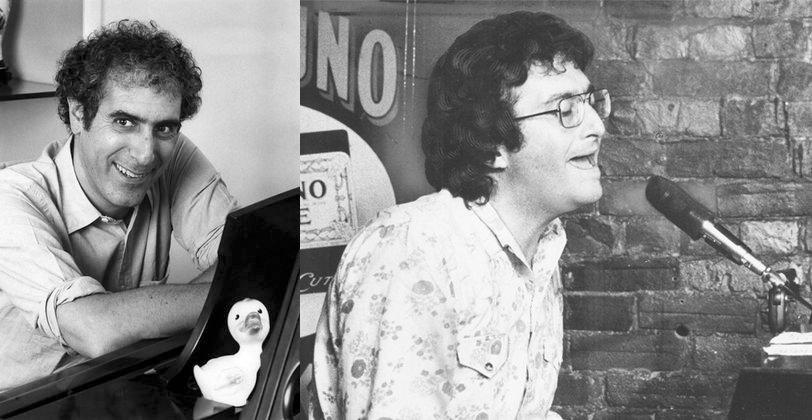 You could easily argue that Jeff Moss’ contributions to the Muppet world are as important as Randy Newman’s are to Pixar. And in the case of The Christmas Toy and Toy Story, both have managed to create songs that are perfect reflections of the characters and atmosphere of their projects. I find “Together at Christmas” as catchy an earworm as “You’ve Got a Friend in Me,” and both are important to their stories. To me, this one has to be a tie.

And now, the final category: 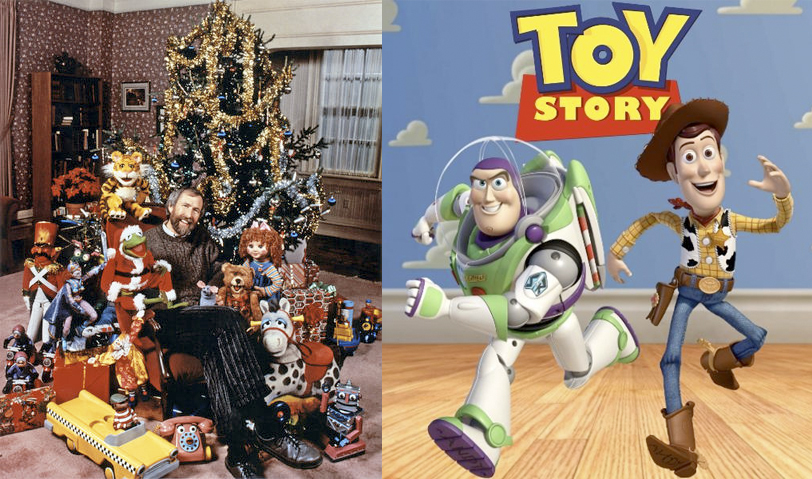 The Christmas Toy is a lovely and creative special, but that’s about it. Toy Story permanently changed the landscape of animation. Nobody thought a computer could animate an engaging and compelling feature film. Now, computer animation is the dominant mode for nearly the entire industry. And in terms of spin-offs and sequels, The Christmas Toy has The Secret Life of Toys. Toy Story has had two sequels (and one more on the way, as prophesied by a long-nosed purple thing), several shorts and television specials, a cartoon series, a number of theme park attractions, countless books and music albums, and a merchandising line that’s the envy of studios everywhere. This round’s a knockout.

Well, Toy Story managed to tie it up on the last round, proving that both projects are equally great. It looks like Jamie and Andy are both pretty lucky kids because they have such great toys. And the best gift of all is that now instead of arguing about politics, religion, and race with friends and family this holiday season, you can now all argue about which is the superior project. Isn’t that kind of a Christmas miracle? No? Well, happy holidays, anyhow.

Click here to have a friend in the ToughPigs forum!