The Muppets to Spend the Week with CeeLo 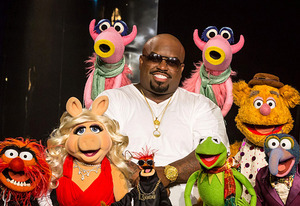 CeeLo Green has a new Christmas album out, and somehow, this also became Muppet news.

Of course, it’s all because the Muppets appear on one track of the album.  So naturally, they’re being used as the miracle selling machines they’ve always been.  Not that I’m complaining, since it only means more Muppet TV appearances.

So, I guess they want us to buy this “CeeLo’s Magic Moment” album, huh?

Many thanks to the Muppet Mindset for filling in the blanks for us! Click here to sing carols with CeeLo on the ToughPigs forum!