As we approach our penultimate Casting Call, we’ve decided to merge two of our most favorite things in the world.  The Muppets (in the form of the 2011 film, The Muppets) and the heroes of DC Comics!  Yes, it’s the team-up no one expected!  Darkseid beware, because here come the superheroes! 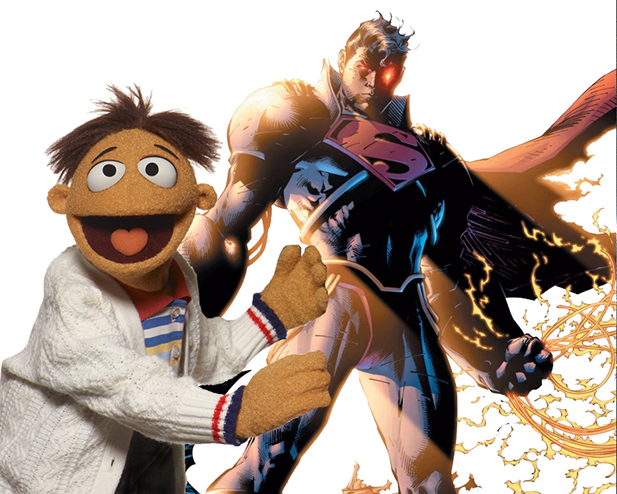 Superboy Prime was a comics fan from the real world who crossed over and took control of his favorite fictional characters. That’s also the premise of this movie. 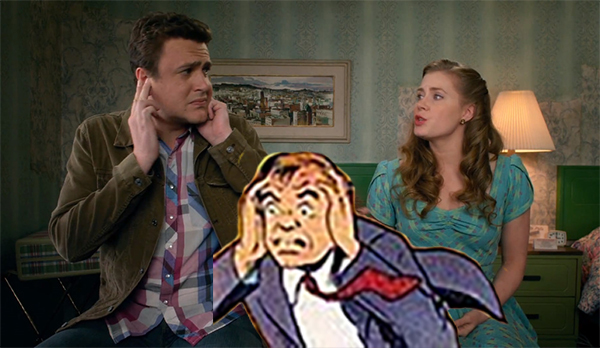 When Walter overhears Tex Richman’s evil plan, he feels just like the guy panicking over seeing Superman lift a car for the first time in history.

She’s not quite as beautiful as she thinks she is.  She’s not as smart.  Or articulate.  But she is terrifying, and I probably shouldn’t have said any of those nasty things about her. 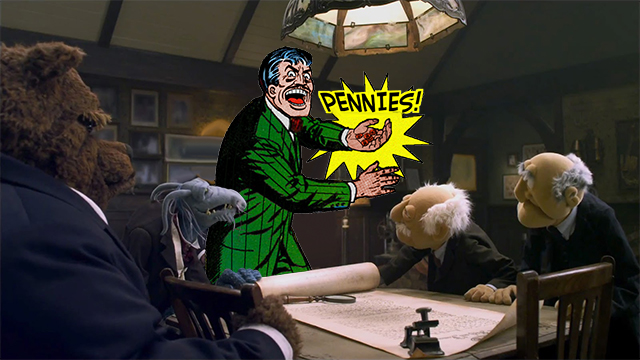 Best known for supplying the Batcave with its Giant Penny, Joe Coyne would definitely gold-plate his cat. 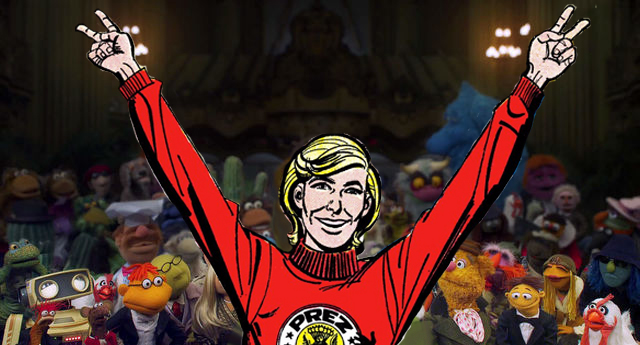 Prez as Kermit the Frog

If anyone could’ve become President of the United States as a teenager, it’s Kermit the Frog. 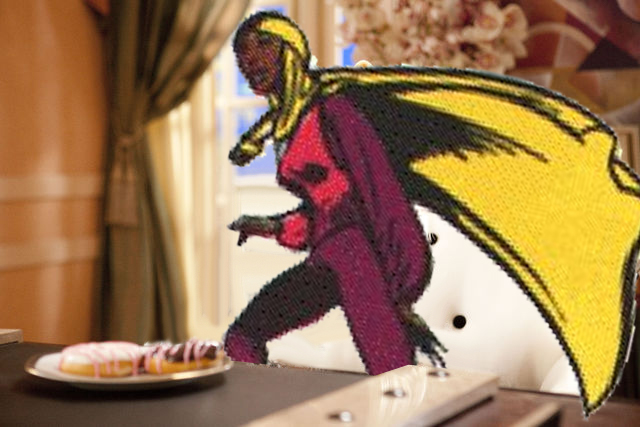 Although Conjura only makes one appearance in the extended DC Universe, it’s as one of the only female characters in the (ridiculously) memorable Super Dictionary.  And if anyone’s going to stand out as the female star, it’s Piggy. 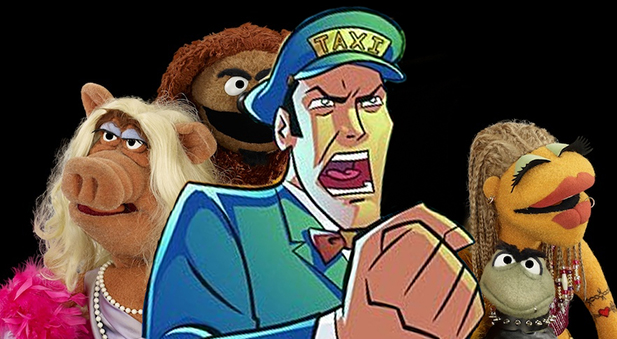 Get the guy who drives a cab in outer space to take over for the bear who drives a Studebaker full of weirdos. 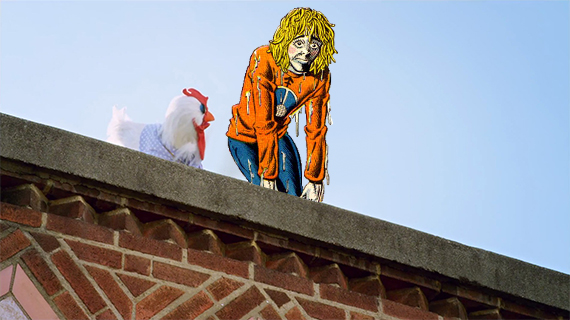 Brother Power the Geek as Gonzo

A truly dedicated artist, he has an elemental connection to all puppets, dolls, and statues. No word on toilets, but he could probably make that work. 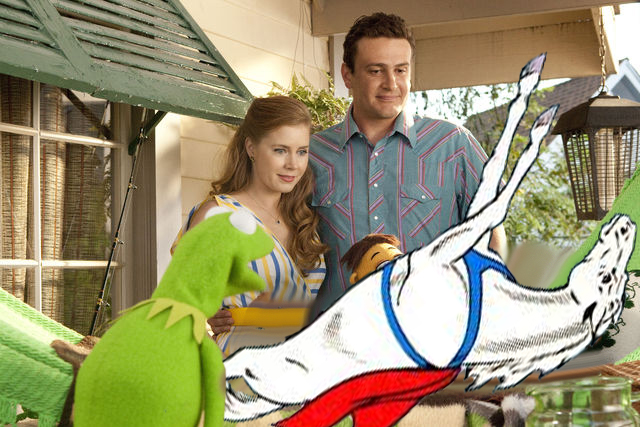 Comet the Super Horse as Rowlf

Full of interesting and unseen backstory, whether it be as a centaur-turned-sentient-horse who is secretly in love with his owner, or as a dog abruptly woken from a deep nap, these two are basically the same guy. 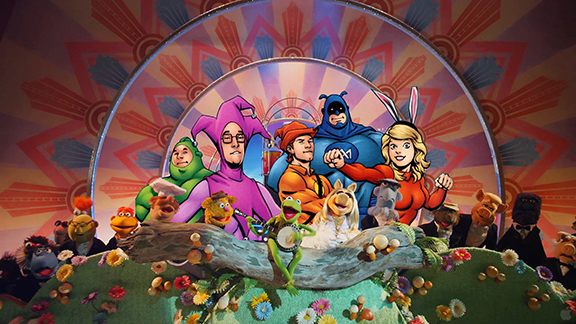 Inferior Five as the Electric Mayhem

These two groups have so much in common.  For example!  There are four men and one woman.  Just like pretty much every super team. 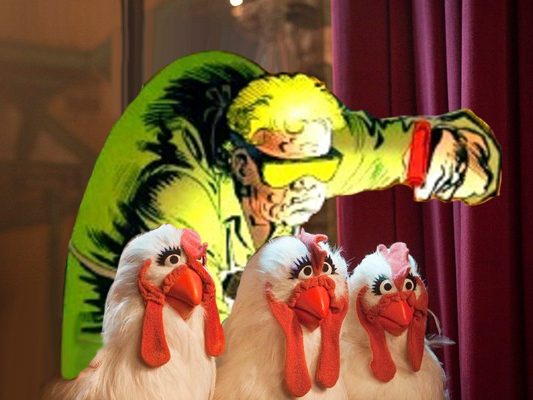 Like Batman’s mute, hunchbacked mechanic, the Swedish Chef is always professional even when he can’t communicate. 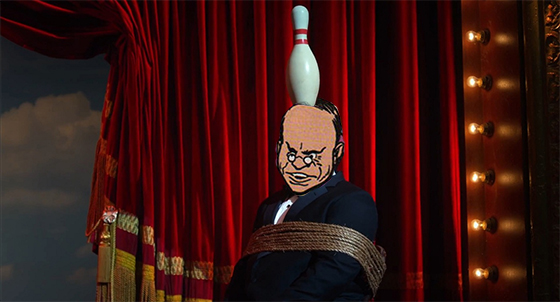 Need a celebrity host for an event? You can’t do better than Don Rickles’s DC Universe counterpart. 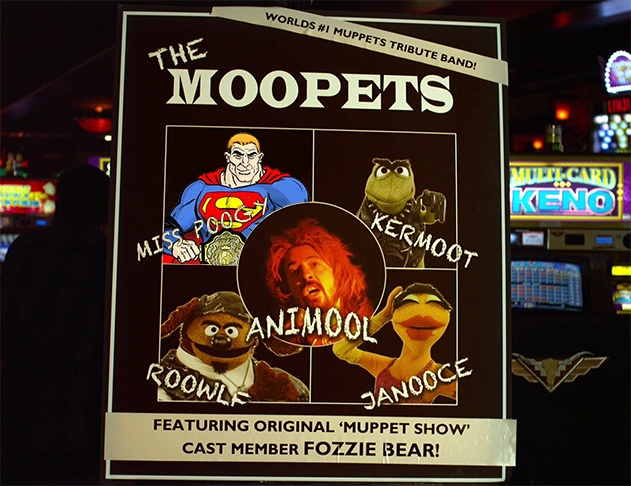 The Ugly Superman as Miss Poogy

At first glance you think he’s Superman, but then you look again and realize he looks like a hardened criminal. 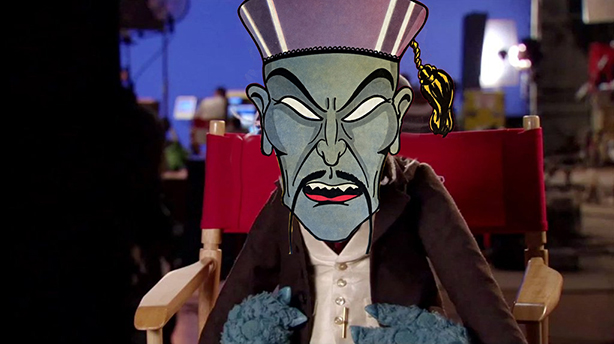 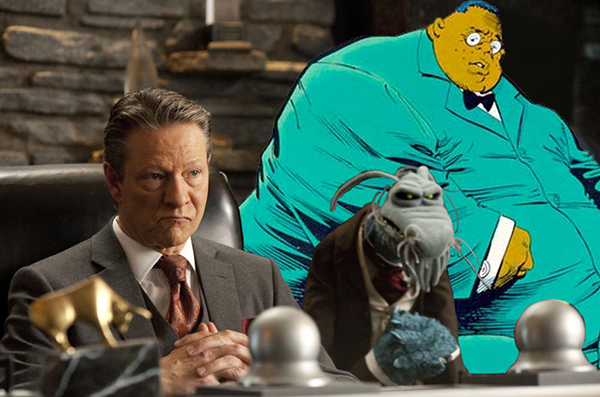 Two kind-hearted giants who found themselves on the wrong side of the law for a while – Bobo as Richman’s sidekick, Chunk as someone who could accidentally swallow people and send them to a black hole dimension.

Click here to obsess over pennies on the ToughPigs forum!