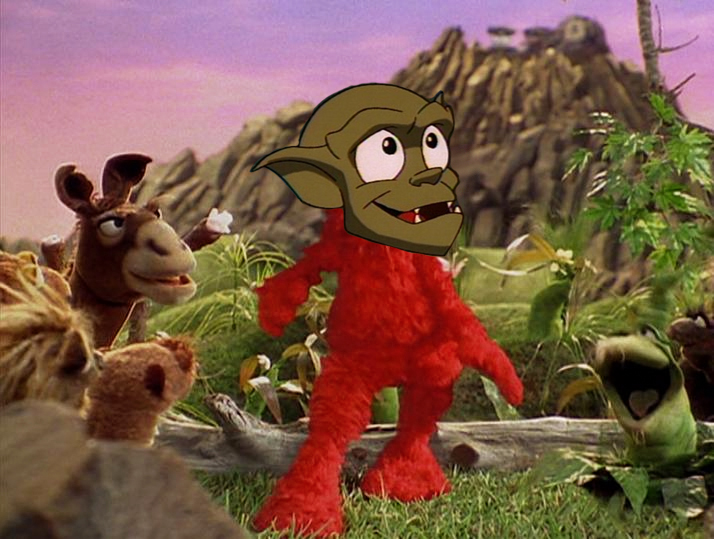 You wouldn’t think a big, scary Gargoyle losing his blanket would be a big deal, unless you met the meek (yet friendly) Lexington. 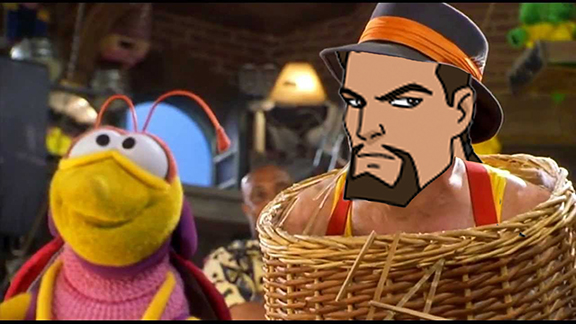 Suave, urbane, and always ten steps of everyone else. Elmo in Grouchland would actually be a much better movie if Xanatos was the villain. 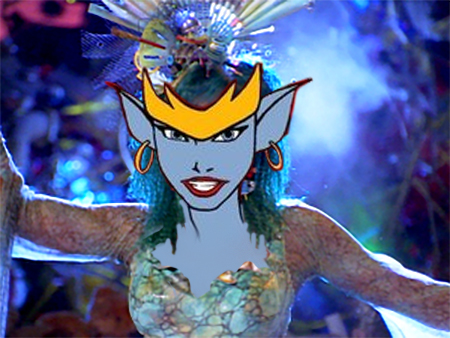 Demona as Queen of Trash

Demona once successfully turned every human in New York into Gargoyles. Taking control of the trash kingdom would be a piece of cake. 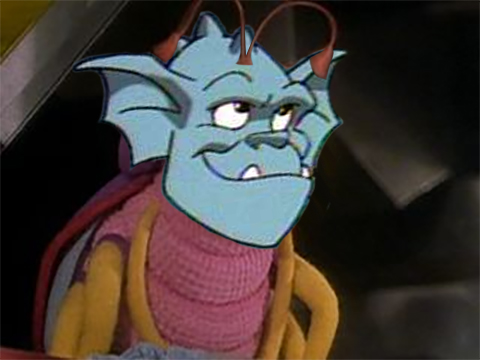 The fun-loving, boisterous Broadway would be a perfect guide for any newcomer to Grouchland. 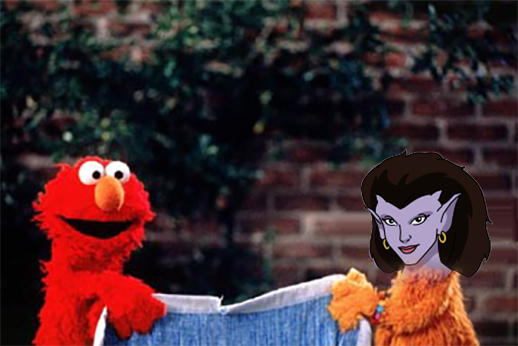 As the youngest and most enthusiastic of the Gargoyles, Angela sees the world through fresh eyes. Just like Zoe, the most excited Grouchland visitor of all. 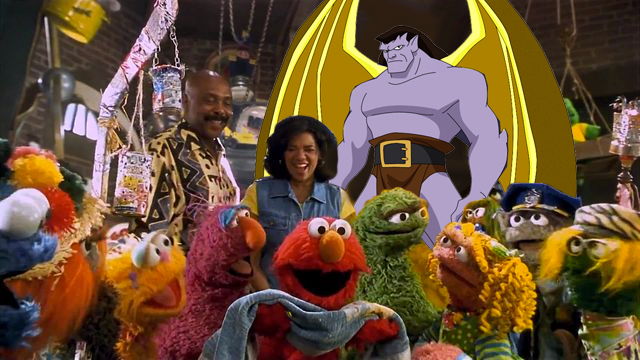 Nobody tells this big galoot what to do, unless it’s helping his little buddy get his blanket back. 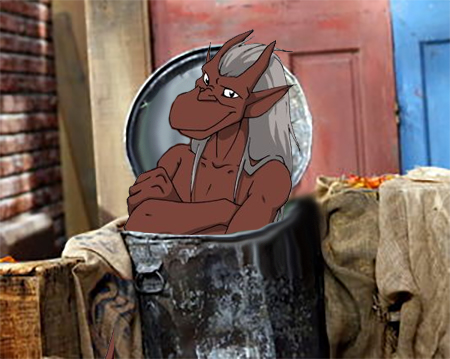 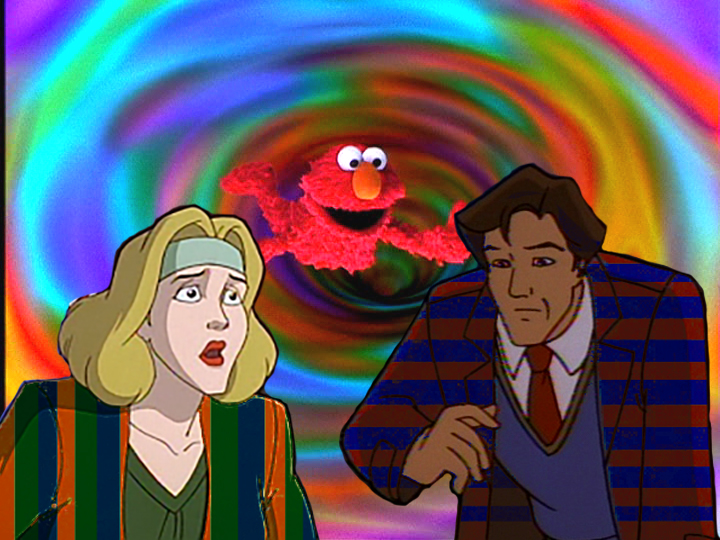 Margot Yale and Brendan Quarters as Bert and Ernie

The yuppie couple who happen to find themselves in the way of the Gargoyles over and over again are reminiscent of the Sesame Street duo who continually interrupt the movie’s action to break the fourth wall. 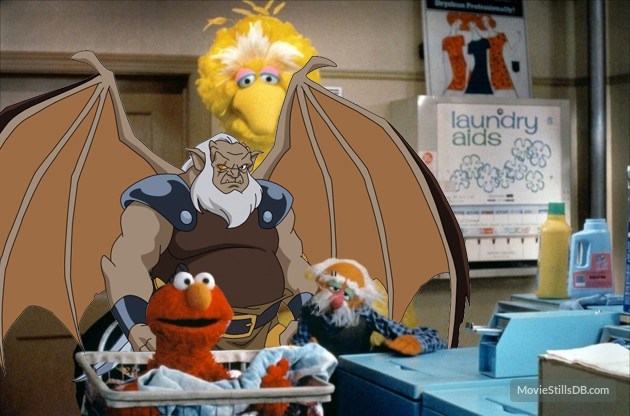 Hudson as The Count

If for no other reason than because the Count’s monocle matches Hudson’s yellow eye. 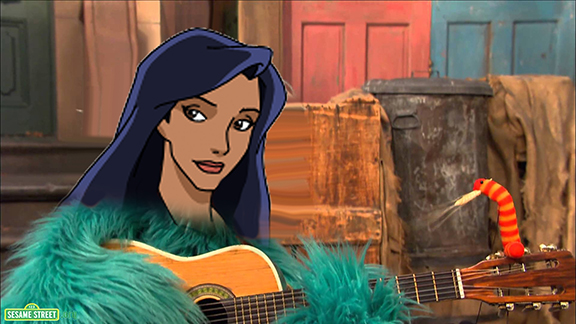 Both are tough (but also sweet) Latinas with blue hair. What more do you need? 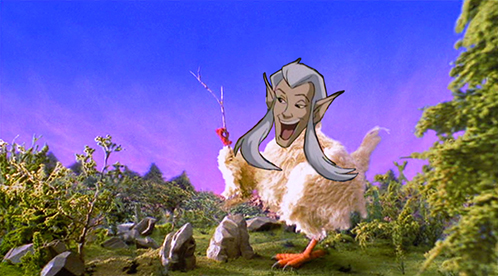 Puck as the Humongous Chicken

The shape-changing Puck would have no problem turning himself into oversized poultry. 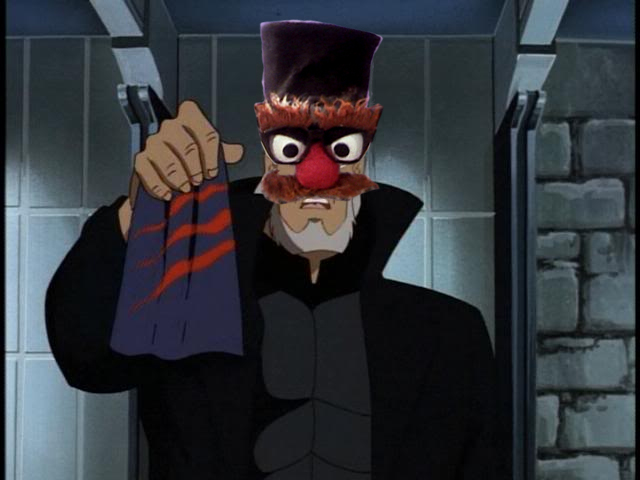 In Grouchland, fair is foul and foul is fair And like the immortal MacBeth, the Grouch Mayor is a thousand years old. I mean, probably. 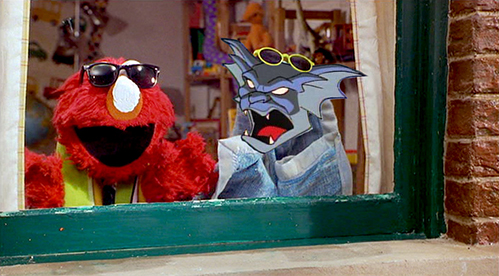 Bronx is easily my pick for the Gargoyle I’d most want to cuddle with.