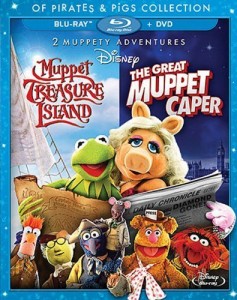 As we previously reported, Muppet Treasure Island and The Great Muppet Caper will be released on Blu-ray on December 10th. We still haven’t seen an official confirmation that this will be a two-disc set (which would be ideal) rather a single disc with both movies crammed in, but now we have some new info about the special features.  As reported by Stitch Kingdom, they include:

So not a bad list, overall.  I can’t help but wish there were more Great Muppet Caper-specific extras (Charles Grodin should do a commentary!), but it’ll be great just to have two more Muppet classics on Blu-ray.

Click here to get cabin fever on the Tough Pigs forum!

Put Beaker on Your Christmas Tree