It’s very strange to be sitting here and eulogizing the likely end of a social media website. It’s a vast network of ones and zeroes, not something alive. And yet, for so many Muppet fans, it was.

This week on Twitter, reports and rumors are pouring in that the end is near. A Tex Richman-esque billionaire swooped in and drove it into the ground in record time. We’ve seen social media networks come and go before (Vine, we hardly knew ye), but this feels different. Twitter was truly a home for Muppet fandom.

We joined Twitter in June of 2009. And we probably never really got the hang of it, but we had a blast Tweeting out stupid memes and retweeting clever Muppet mentions. We had fun just trying to figure out how much could be accomplished with just 140 characters.

But the real joy in Twitter came much later. It was a venue for us to interact with a new breed of Muppet fans. The weird truth of having run a Muppet fan site for over two decades is that we keep getting older and more out-of-touch, but there are always new fans coming in. An onslaught of new readers came in, many of which populated the #muppetstwt community. Suddenly we were seeing a new generation of people discovering the joys of the Bert and Ernie relationship, the appreciation of Robin the Frog, and so much more about the Muppets beyond the Tea Lizard memes.

And we got to know a lot of them too! Folks like Joshua from @HistoryMuppet, Tori from @muppetno, and Richard from @starmansart, all of whom (and many, many more) have created something beyond us. There was a time when Muppet fandom on the internet was just ToughPigs, but now everyone has an opportunity to join in on the fun. We don’t see it as competition – just a “more frogs and dogs and bears and whatever” situation.

Not only that, it’s been a place where we can interact with the Muppets themselves! Well, as close as we’re ever gonna get. Muppets Studio has accounts for several Muppet characters, and they held regular “Ask Me Anything” sessions where you could tweet questions to Gonzo or the Electric Mayhem or Uncle Deadly or Kermit the dang Frog. What a gift that’s been.

Beyond all the stuff we’d seen throughout the annals of Twitter, we also had a great time creating content. In addition to all the silly stuff on our main account, we also shared hundreds of Muppets Quotes on @MuppetQuotes, memorable screenshots on @OneMuppetShot, and silly things Muppet Houses might say on @MuppetHouses. Those accounts have been really fun to build and grow, and if Twitter disappears, we’ll miss them terribly.

All signs are pointing toward the very real possibility that Twitter may be going the way of the dodo. So much of this wonderful community will be strewn about and even more difficult to find. The friends we’ve made and the way we talk to our readers will become more difficult to maneuver. And Muppet fans will suffer for it.

The easy solution to this would be for us to just start making more content for another social media channel. And while we’ll definitely be doing that – you can’t get rid of us that easily! – Twitter had always been the best format for our specific needs. Sure, we can share pictures of Fozzie Bear pretty easily on Instagram, and we can wax poetic about Sweetums on TikTok, but Twitter was perfect for making jokes, posting images, corresponding with fans, and most importantly, sharing links to this very website. Wherever we go next, ToughPigs will become that much more difficult to maintain.

We’re asking you to find us on all those social media channels not just so you can find us, but so we can find you. We don’t want to lose the great connections we have to the Muppet fan community, and we want to continue to be wherever new fans find themselves popping up.

In the meantime, we’ll be sticking around Twitter until the ship goes down. Much like the band on the Titanic, consider us the Electric Mayhem, jamming away as the floorboards break beneath our feet.

And remember – we may all be leaving Twitter, but we cannot leave the magic.

Click here to keep it under 280 characters on the ToughPigs forum!

The Muppets Were Made for Streaming 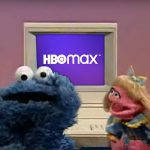