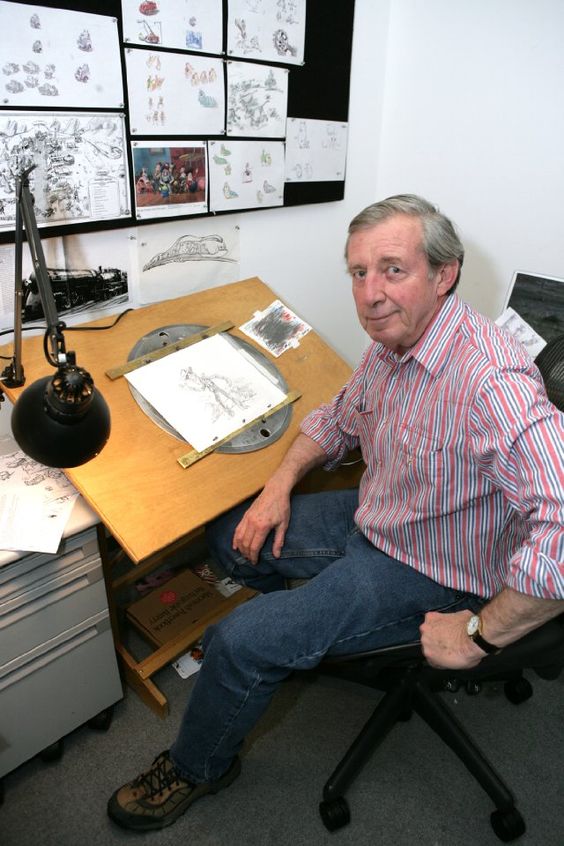 The world lost another Sesame Street visionary this week.  Writer, animator, and composer Bud Luckey has passed away.

Bud Luckey provided some of Sesame Street‘s most classic animations, including “Ladybug Picnic”, “The Alligator King”, “Martian Beauty”, and more.  He created the animation, wrote (or co-wrote) the songs, and provided the vocals.  Honestly, that’s simply incredible.

Luckey also did some memorable work outside the Sesame world.  He had a long career with Disney and Pixar, having helped design characters for Toy Story, Monsters Inc, Finding Nemo, Cars, and more, he wrote and performed the Pixar short “Boundin'”, and he provided the voices of Chuckles the Clown in Toy Story 3 and Eeyore in Winnie the Pooh.  John Lassiter called him “one of the true unsung heroes of animation”.

In honor of the great Bud Luckey, let’s revisit some of his most memorable Sesame Street animations.

Click here to help us remember Bud Luckey on the ToughPigs forum!