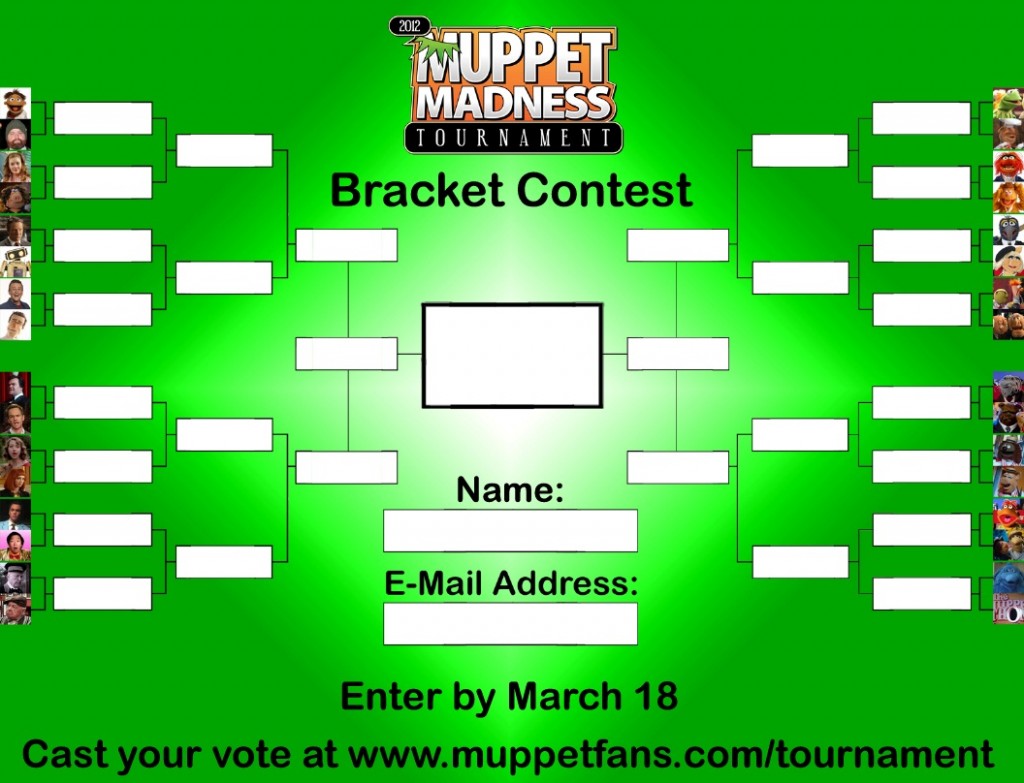 Welcome to the first-ever Muppet Madness Bracket Contest!  Enter your guesses as to who will win in each round for the chance to win big prizes!

For the first time ever, The Muppet Mindset, ToughPigs, and The MuppetCast are pleased to announce a Bracket Contest for The 2012 Muppet Madness Tournament! Players will get to fill out Brackets with their guesses for which character from The Muppets will win each matchup in the Tournament. Players will be awarded points for each correctly guessed matchup. The point system is as follows:

The Muppet Madness Tournament staff reserves the right to deny any player from entering the Bracket Contest at any time. In the instance of a tie between more than three players, the Tournament staff will choose three winners at random.