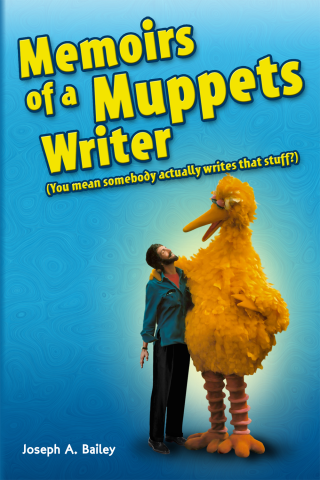 In December 2011, the Tough Pigs Top Brass told me to write a review of Joseph A. Bailey’s new book, Memoirs of a Muppets Writer. This is not that review, and here’s why: It is now February 2011, and I’m not even halfway done yet. In fact I’m not even close. The book is 280 pages, and I’ve only read 88 of them. I couldn’t possibly presume to pass judgment on Memoirs as a whole. If I did, I’d be a liar and a cheat and a swindler.

Here’s my problem: This book is too good to zip through just for the purposes of writing a review. I never want it to end. From the very first chapter – a detailed, hilarious account of how Bailey ended up working on The Muppet Show after four seasons as a staff writer on Sesame Street – I knew I had to slow down and relish every story. Rather than read all 55 short chapters in one or two sittings, I decided I’d read one chapter every few days. This has allowed my brain to linger on them, soaking in as much Muppety behind-the-scenes information as possible.

He worked as a writer, of course, so everything he tells is from that perspective. He talks about his co-workers and the characters he helped shape. But he also talks a lot about the process of writing, and of writing for Muppets and educational TV specifically. The book is subtitled “(You mean somebody actually writes that stuff?),” and Bailey really takes us inside the mind of those who do. But he’s never dull or clinical about it. Instead, he writes in an engaging conversational style, almost like he’s thinking of these memories off the top of his head and just has to share them. It’s also very often laugh-out-loud funny, as you’d expect from the man who co-wrote Christmas Eve on Sesame Street. 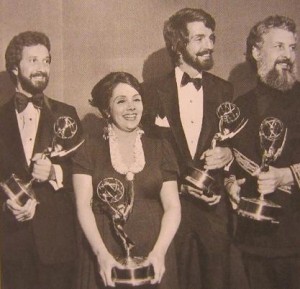 Among the many things I’ve learned so far: 1) How the writers of early Sesame Street were able to justify including sketches that were obviously not educational in any way. 2) The kinds of things that Sesame Street writers did on their lunch breaks. 3) How Bailey and Jon Stone almost got Einstein’s Theory of Relativity into a Big Bird sketch. It’s all great stuff, and it’s only the tip of the iceberg.

If you have any interest at all in the making of Sesame Street or The Muppet Show, you absolutely need to read Bailey’s memoirs. He might just be some name you half-noticed in the closing credits, but you know that sketches and jokes you enjoyed? He wrote a whole bunch of them, and was witness to the creation of many more of them. He spent years working with Jim Henson, Jon Stone, Frank Oz, Jerry Juhl, and all of your other heroes. Can you imagine what that must have been like? Imagine no more, because Joseph A. Bailey wrote an entire book about it!

All of the gentlemen I mentioned in the previous paragraph have chapters named after them. Other chapters I haven’t read yet include “Jerry Nelson,” “Dave Goelz,” “Richard Hunt,” “A Favorite Grover Piece,” “Writing Assignment: Gonzo’s Song,” and “Sam’s Editorials.” I still have so much left to learn. What a great time to be alive.

Seriously. This book costs $14.95. Buy it and read it. There’s absolutely no way you’ll regret that decision. I certainly don’t, and I’m sure I’ll be even more excited once I finish it someday. Check back here in a year or two to see what I think! 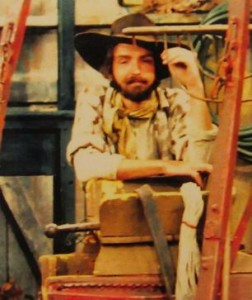 Click here to rail against nudity on the Tough Pigs Forum!

Review: I Am Jim Henson

Review: The Muppets Phantom of the Opera