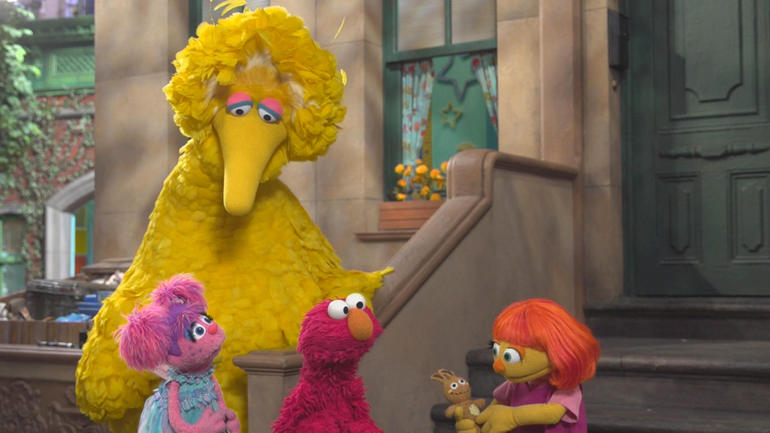 In advance of Sesame Street‘s 47th season, last night’s episode of 60 Minutes, which is now in its 135th season, aired a story on the show and a new character soon to debut.  Julia is a girl with autism who first appeared in animated form in a digital storybook in 2015, and now she exists in puppet form.  She’s performed by Stacey Gordon, a newcomer to the Sesame cast who has an autistic son herself.

60 Minutes reporter Lesley Stahl visited the set of Sesame Street and the Henson workshop for the story, which includes all the usual stuff about how great the show is, but which also has enough behind-the-scenes material to be of interest to fans.  Take a look:

It’s always nice to see people like Rollie Krewson, Christine Ferraro, and Joan Ganz Cooney get a moment in the spotlight, isn’t it?

Also, be sure to check out the “60 Minutes Overtime” videos that go even more in-depth on the topics of Stacey Gordon and her son, designing and building Julia, behind the scenes (and below the frame) of Sesame Street, the show’s efforts to accurately and sensitively portray autism, and Lesley Stahl’s fun time on the set.

Click here to knock Abby Cadabby down with your tailfeathers on the Tough Pigs forum! 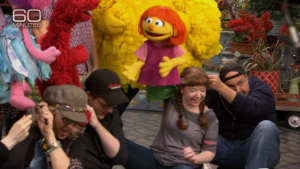