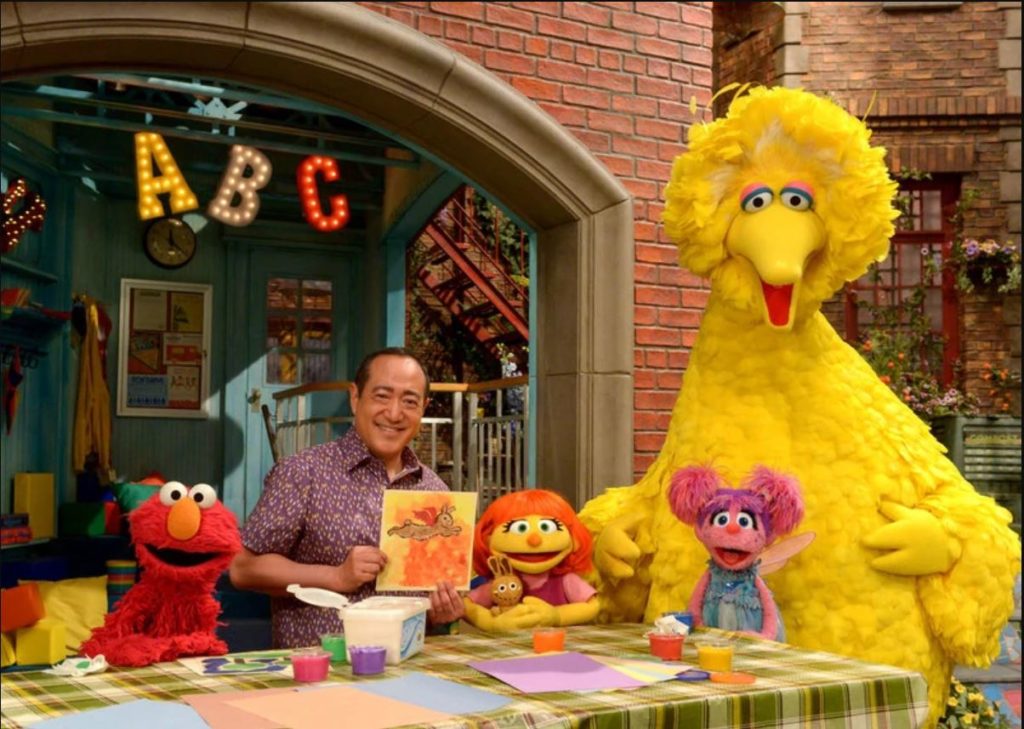 Look, season 47 isn’t meant for us. You and I both know that. Sesame Street is firmly a show for very small children at this point. The lighting is brighter, the stories are simpler, and the jokes aren’t so much “jokes” as they are “noises.” So it wasn’t  a surprise for me to find that my 19-month-old son got more of these episodes than I did.

But what did surprise me is just how little new content there is in this season. In these 35 episodes, there are exactly 38 new sketches, for an average of 1.0857 new sketches per episode. Sure, the show is only a half-hour now, but that’s still a pretty low average!

But we like to focus on the positive here at Tough Pigs, so let’s take a look at all of these sketches and see what we think of them. 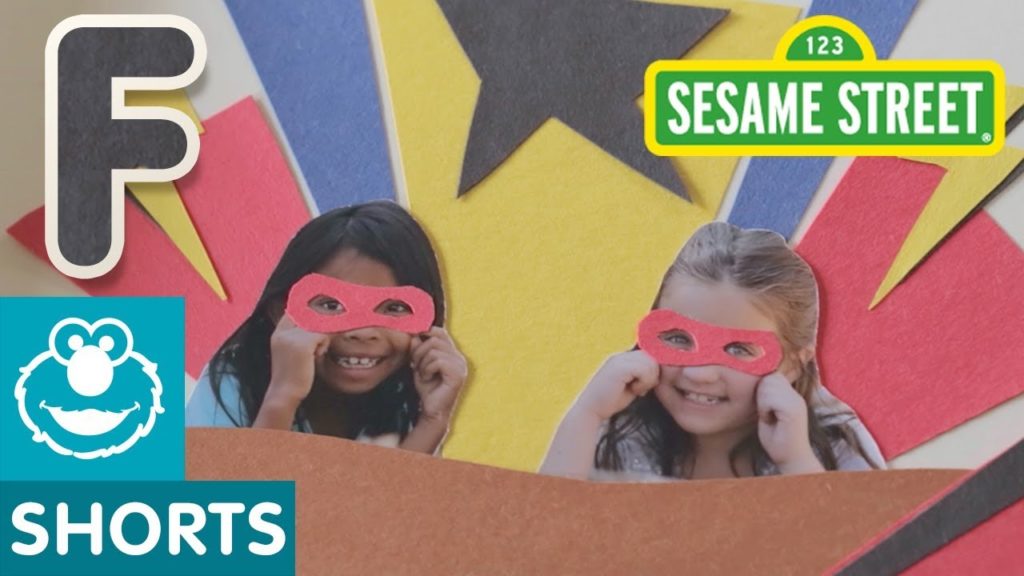 15 of the 38 new sketches are live-action, human-focused commercials for letters of the alphabet. In order of appearance, they are:

In a way, these are real throwbacks to the classic era of Sesame Street. Originally, sketches were designed to feel like commercials, and boy, do these ever feel like commercials. The generic music, the filming style, the narration – They all feel exactly commercials for Panera Bread, or Walt Disney World, or Grammerly, or anything else you would skip on YouTube. 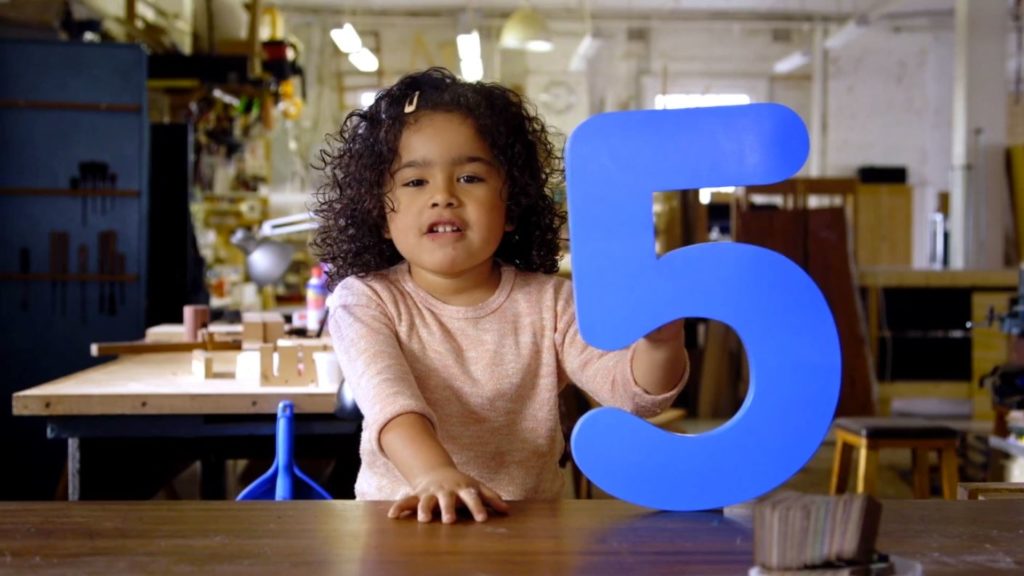 Next, we get one standalone film of a girl and her uncle building a number 5. This one feels a lot more like the documentary-style film segments of decades past. It’s not my favorite thing, but at least it feels like Sesame Street, you know? 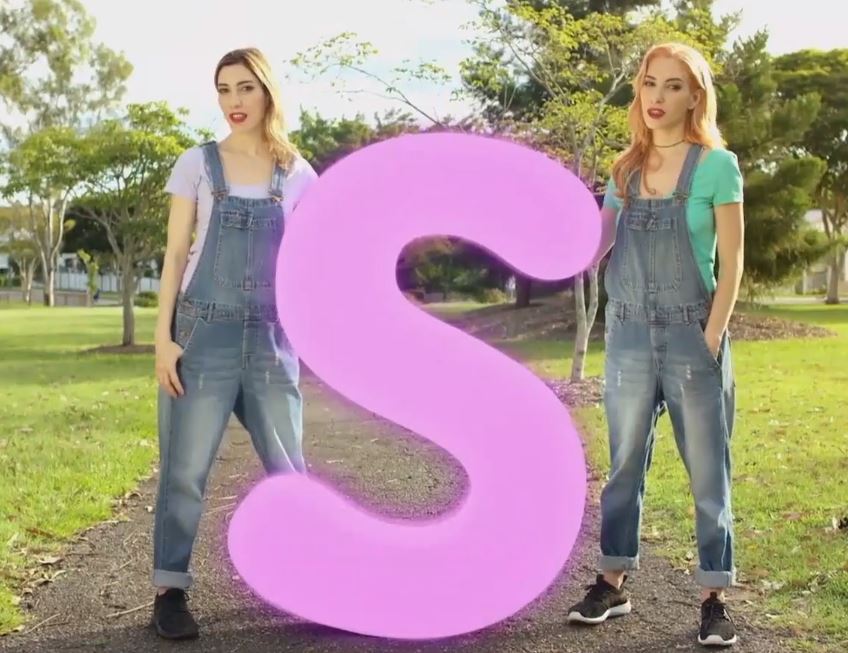 The celebrities are still showing up on Sesame Street, and they’re mostly adequate. A couple of these follow the template of the last section, but with more distinctive music from artists I’ve never heard of. Some country band named Little Big Town perform “I is for Instruments” and it’s fine. They seem like they’re having fun. But the real highlight is Australian pop duo/twin sisters The Veronicas, who sing “S is for Sibling.” This song rules. It’s the best sketch in the entire season, by far.

A few other musical artists show up to do new songs, and they’re all pretty fun. Tori Kelly, a person named after two Saved by the Bell characters, stops by to sing “Try a Little Kindness.” Jason Derulo, a person named after the months July-December, is super high-energy as he teaches us that “Dancing is Easy.” Sia and the Muppets, all wearing her distinctive wig, do a very short “Song About Songs” The truth is that they should have just done “Sing” instead.

A bunch of these folks listlessly sing lines from “Rubber Duckie,” and it is DULL. Sia is the only person who seems at all engaged, going way over the top to make up for the general lack of energy from everyone else. Great job, Sia! 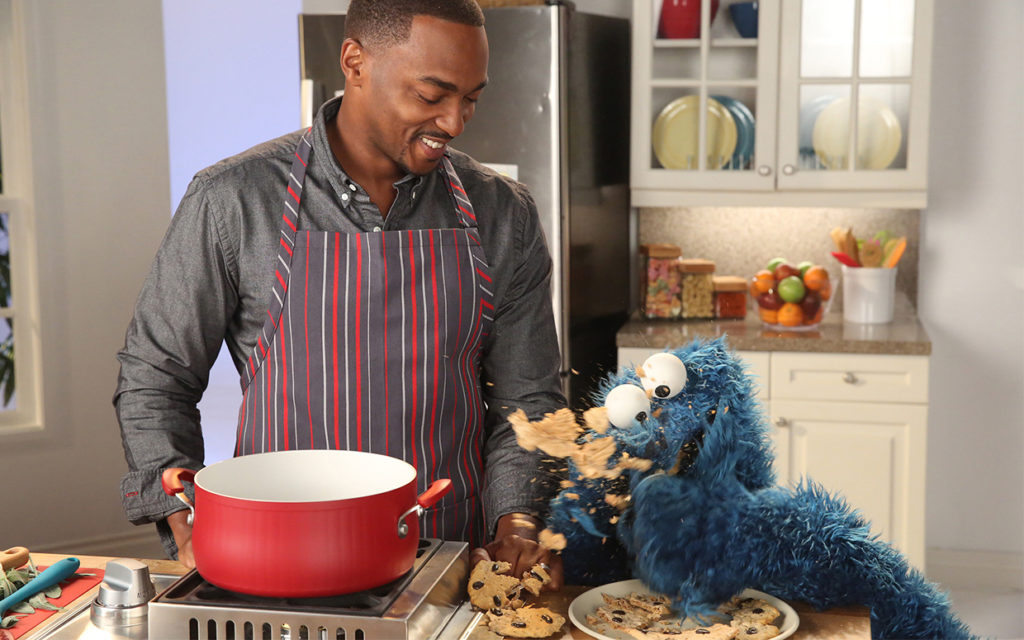 For years, “a celebrity joins Muppets to talk about some concept” was the bread-and-butter of Sesame Street, but this year we only get two. James Corden blandly talks about Father’s Day with Grover and Elmo, but Anthony Mackie gets to make soup with Cookie Monster. That sketch feels like a classic celebrity sketch, by which I mean it feels like it’s from 1994, because that’s what passes for classic now. It’s a ton of fun!

It’s really nice to see that the show still tries a bunch of different stuff in the animated segments, even though we only get ten of them.* We get CGI, stop-motion, paper cutouts, and more.

(*Really nine, because one is a “Bert & Ernie’s Great Adventures” segment that never aired in the US. It even has Steve Whitmire voicing Ernie!)

I just wish they were funnier. “7 Siblings” for example, has exactly the same hook as the classic “King of 8” – a family with 7 kids love the number 7, but uh-oh, now there’s 8 of them! But instead of a catchy song and a funny ending, it’s just some dull story read by a kid. There’s no spark here. I want Sesame Street to have spark!

But, as we’ve said, these really are geared towards very young children. So who cares that most of them were only moderately interesting to me – what did my 19-month-old son Miles think of them?

Honestly, he was mostly pretty bored. He wanted to get back to watching Muppets. He didn’t care about B is for Build. Shouts of “Elmo! Elmo! Elmo! Kehkie!” rang through the house. 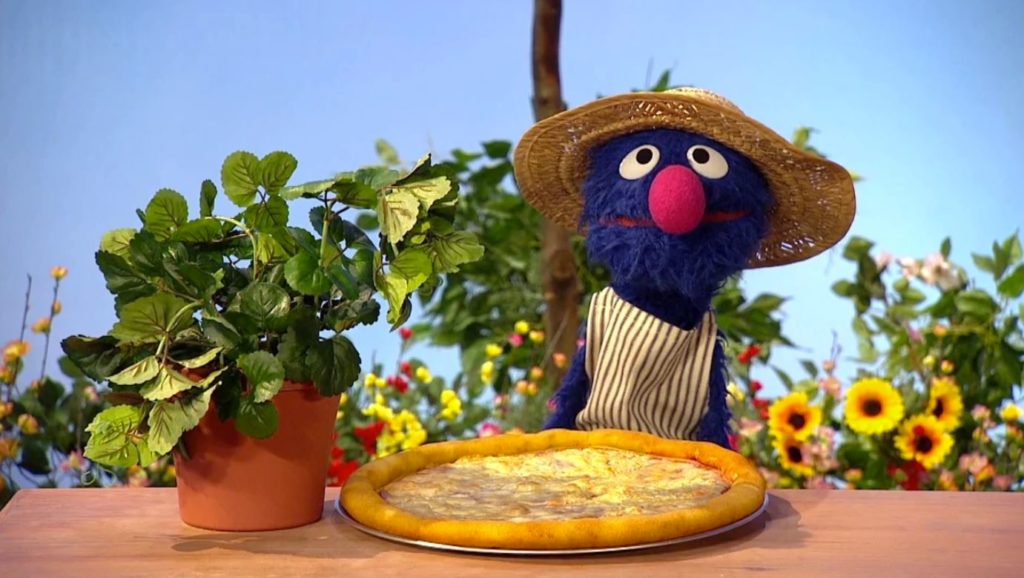 Finally, we get some crumbs of Muppet stuff.

Ask any Muppet fan what their favorite Sesame Street sketch is. Chances are extremely high that it will be a scene of just Muppets, hanging out or goofing around or singing a song. That’s what we love about the show! Well, this season, it basically didn’t exist anymore. We got exactly four new Muppet-only sketches.

First up, the final installment of Smart Cookies, the unwatchable CBS procedural spoof that premiered last year. No one liked it, and no one remembers it. This particular one includes the sentence “Do not eat my patty cake skin lotion” and also a whole lot of discussion about the difference between skin lotion and honey. Is this the lowest point of Sesame Street? It just might be.

Thankfully, the other three are all considerably better. Grover tries to feed Hungarian goulash to a plant, Cookie Monster is baffled when the Count offers him zero cookie, and Elmo imagines that he’s the Captain of the Spaceship Kindness. All three are funny, educational, and exactly what I want to see on Sesame Street. 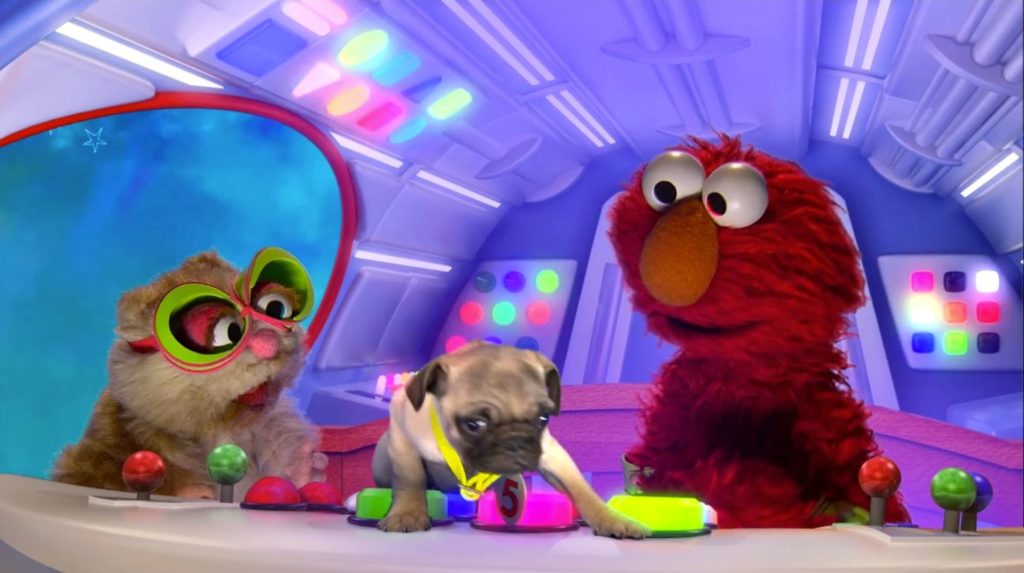 So that’s Sesame Street season 47. It’s pretty lackluster – not bad enough to really get mad over, but also nothing to pay attention to or care about. It’s just this thing that kind of sits there, existing. I’m sure the kids of 2017 liked it fine, but will they think about it later? Will they look back on it fondly in twenty or thirty years? I doubt it!

Has the show improved in the past three years? I hope so! Come back next week to find out! 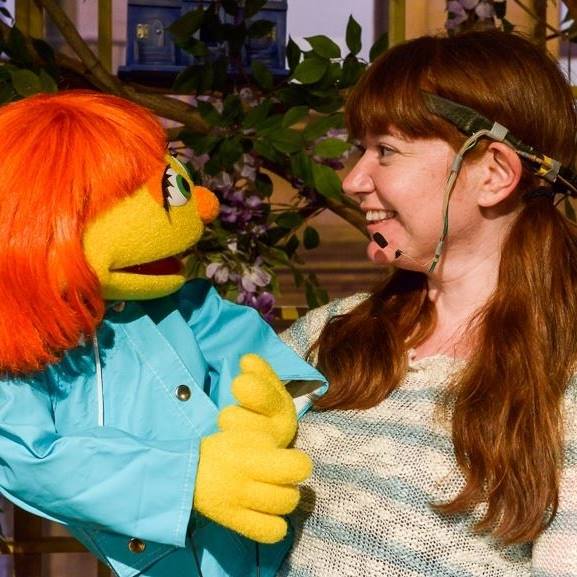 Notable Character Debut: Julia, the most hyped addition in a decade (and the newest character to be included in the stamps released this year). As performed by Stacey Gordon, she’s a delight. Also new: Abby’s step-brother Rudy, who’s just this guy, you know?

Notable Character Departure: None, because only three people live on Sesame Street now. No one will ever leave again. It’s a ghost town.

MVM (Most Valuable Muppet): This is Caroll Spinney’s final season regularly voicing his characters, so let’s give it to Oscar, who seems as dynamically annoyed as ever.

MVH (Most Valuable Human): Our three remaining human characters are all acceptable, I suppose, but let’s give this one to Caroll Spinney too. 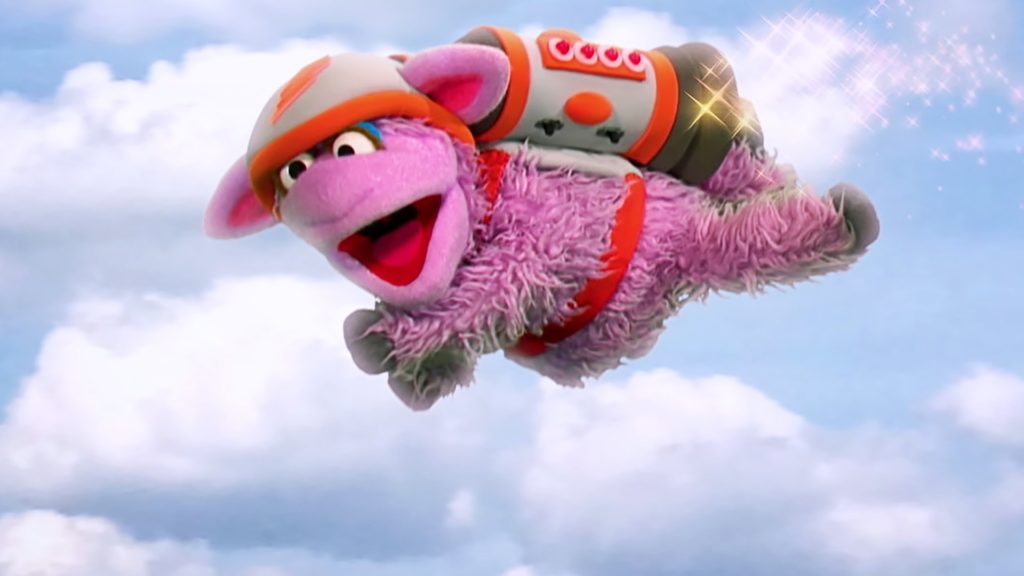 MVE (Most Valuable Episode): 4721, in which Ovejita wears a jetpack and flies around.

Other Notable Episodes: 4703, in which Abby takes Prince Charming to the eye doctor, is pretty fun.

Musical Highlight: Again, “S is for Sibling” is a bop, as the kids may or may not still say.

Curriculum Focus: Kindness, which brings us to . . .

Classic Song Debut: I mentioned “Try a Little Kindness” above, but it was more memorably sung at the 2016 Macy’s Parade by the Sesame Muppets and Bull co-star Chris Jackson.

Classic Sketch Debut: Since I didn’t cover them above, I’ll give a shoutout to new Letter and Number of the Day intros, which are both catchy. 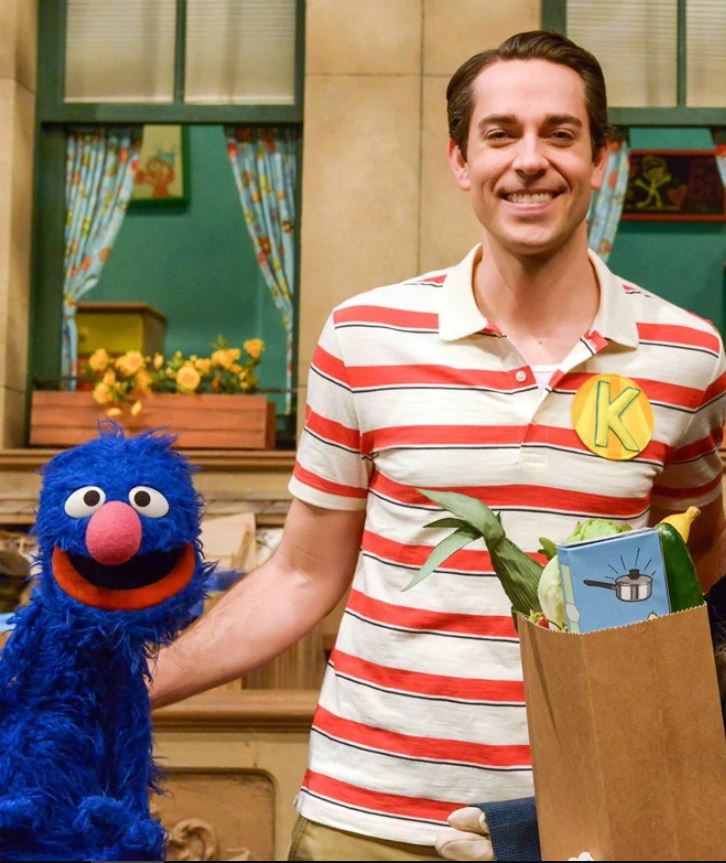 One More Thing: Everything old is new again, because Elmo’s World is back. He has a smartphone now, because giving 3-year-olds their own phone is healthy, I guess? 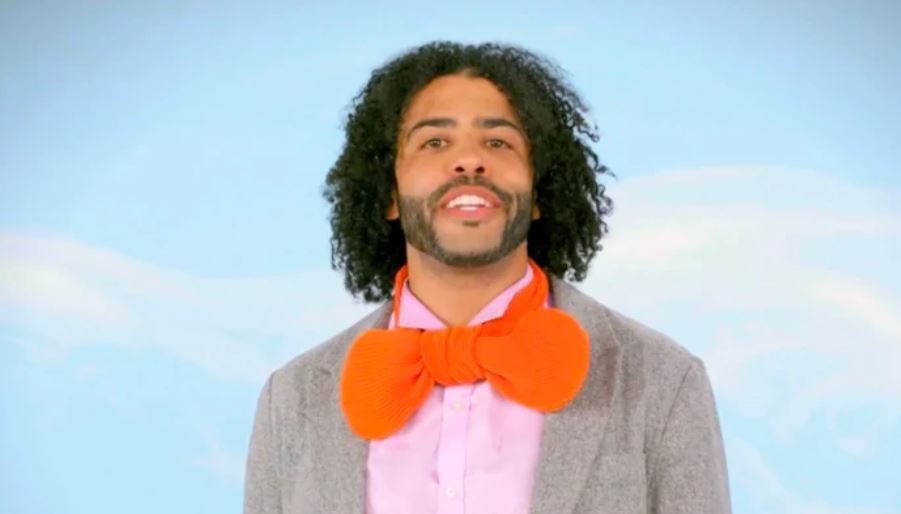