42 seasons. 42 weeks of reviews. We’re in the home stretch now, folks. Just a few weeks to go. So how do you keep it fresh while reviewing a show when you are well outside the target audience, weren’t within the target audience when a particular season aired, don’t have children in your life who are in the target audience, and quite frankly didn’t watch any one episode in its entirety from the season in question? Well if you’re me, you pick something you love and focus on that. 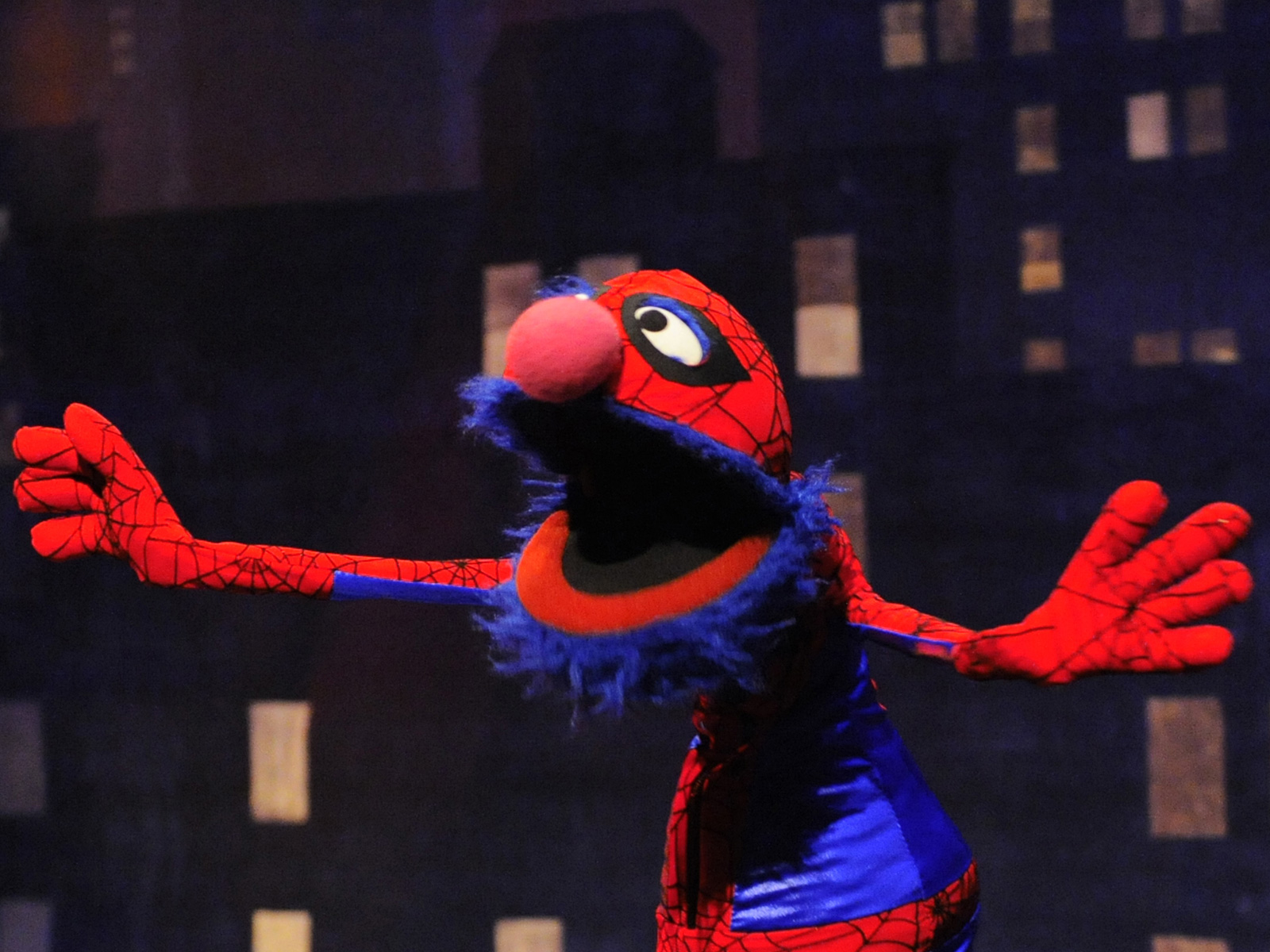 From 2011, Frank Oz was pretty far removed from Sesame Street. He had fully passed on two of his most famous characters – Bert to Eric Jacobson, and Cookie Monster to David Rudman. But Grover was still very near and dear to his heart. While Eric had taken over Grover officially in 1998, there was a yearly tradition where Frank would come to the Sesame Street set and perform in a sketch or two. Season 43 will be the last year in which he does this (As far as we know! Always in motion the future is.), but I’m gonna jump the gun a bit and praise these magical times. Every time I read an article about these occasions, it’s warmed my heart to see Frank was back in the studio with a familiar character on his arm. So when I read about this appearance, I was pumped. And this sketch does not disappoint. Frank’s Grover is still top-notch. His interactions with Jerry’s Mr. Johnson are as fresh and exciting as the first time, and his interjections feels so perfectly Frank.

The sketch itself is wild – a send-up of the infamous Broadway show Spider-Man: Turn Off the Dark, which was plagued with falling sets and cast injuries and a… let’s say, questionable soundtrack and plot by Bono and The Edge of U2. If you ever get a chance to see snippets of it on the internet, get ready for a thrill. So to have the 17th opening night of Spider-Monster: The Musical! attended by one patron feels apt, and that it is Mr. Johnson is perfection. Plus, since it’s the second-to-last time Frank and Jerry will perform them together, it’s become an absolute favorite of mine.

And I suppose there’s a lesson about pulleys in there, but I’m not in it for the education. What is this, Sesame Stree –

Anyway! If you haven’t seen it, please enjoy!

MVM (Most Valuable Muppet): Grover – Yes, I am biased, but this is my last review and I’m giving it up for my boy, my brother from another monster, my absolute fave. Love you, G!

MVH (Most Valuable Human): Marco – I want to highlight a very special episode, which will not be my pick for Notable Episode (you’ll see why later), but is very important in its own way. “The Latinization of Marco” features a street story where Gina wants to teach her adopted son, Marco, more about his Latin heritage. Because Marco was born in Guatemala, Gina wants him to be better acquainted with the Spanish language – and it’s good for her to know as well – so she spends the day with Rosita, Maria, Luis, and many others in the cast singing and learning Spanish. I love this because of the way they teach the language in fun, accessible ways, as well as why it’s so important to know your heritage, and to be tolerant of others. Sesame Street at its beautiful, embracing best.

Segment Debut: Murray’s Science Experiments – A one-season segment, Murray and Ovejita (and occasionally Sara Sweetman, director of education for the Guiding Education in Math and Science Network at the University of Rhode Island ) would go to places like the New York Hall of Science, the Liberty Science Museum, P.S. 138 Brooklyn, and Central Park and teach kids about how umbrellas or cars or bridges work. Fun stuff!

Notable Episode: Long-time readers of ToughPigs might recognize some scenes in the episode “The Flood” – because our own Joe and Ryan were on set during the filming! Check out the pieces we did on their visit here.

Musical Highlight: Hey, Segi is back! I love her! Check out “Change the World” and have a better day!