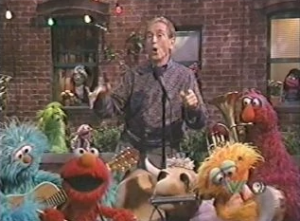 We’ve talked a lot about Sesame Street’s shrinking episode counts in the early 00s, and here it finally reaches its lowest point: Just 26 episodes. That’s just over half of what they did the previous year (which was 50), and exactly one-fifth of what they used to make in the 70s and the 80s and the 90s (130).

They pack a lot into those 26 episodes, and it would still be impossible to cover it all. Fortunately for us, Tough Pigs already existed when this season aired. Our founder and hero, Danny Horn, reviewed the first five episodes when they were brand new, and he really dug into what the shorter Sesame season looks like and what it meant. It’s some of my favorite writing in the history of the site. Stop reading this and go read all five of those pieces, because they’re brilliant.

That leaves me with only 21 more episodes left to cover, but twenty of them will have to wait for another day. There’s only one thing I want to talk about today, and that’s my guy Scotty McKilt, the first person we see in episode 4052. 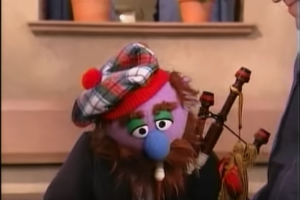 Here’s what we know about Scotty McKilt, who appears on screen for approximately three minutes: 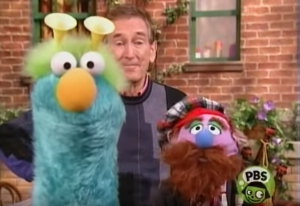 Don’t get me wrong. Scotty McKilt would still be entertaining if he was performed by Tyler Bunch or Matt Vogel or any other talented younger performer. But instead he sounds exactly like Angus McGonagle, and it’s such a joy to hear him speak. Jerry Nelson’s voice (the actual sound of his voice) is one of my favorite things about the Muppets, and I wasn’t expecting to hear him here.

But I shouldn’t have been surprised. By 2003, Jerry Nelson’s career with the Muppet Show characters was over, but he was still very much involved with Sesame Street. In this episode alone, he also plays the Count (introducing the number of the day) and sings lead on a new song called “Counting Bayou Fives.”

Jerry Nelson lived for nine years after this episode, and he worked on Sesame Street right up to the end, even voicing his characters when he was no longer physically able to puppeteer. New work from Jerry will appear in ten more seasons after this one. It isn’t time to say goodbye, and that’s exactly why I want to pay tribute to him now.

For decades, Jerry Nelson was Sesame Street’s most reliable, most versatile character actor. He played children and old people, monsters and magicians, optimists and curmudgeons. Scotty McKilt is just one of the hundreds of roles he played on the show. It was just another day at the office for him, and I’m sure he forgot about it as soon as it was over. 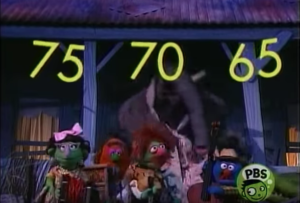 Notable Character Departure: Michael Jeter passed away before this season premiered, so this is the last time we get new segments with Mr. Noodle’s brother Mr. Noodle. Farewell, sweet prince!

MVE (Most Valuable Episode): When you only have 26 episodes a year, they’re all valuable. 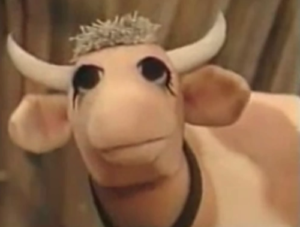 MVM (Most Valuable Muppet): Over a decade after Richard Hunt’s death, Gladys the Cow makes her triumphant return, now performed by Jennifer Barnhart. It’s so great to have her back.

MVH (Most Valuable Human): Gabi, now a young adult, gets to do a lot more heavy lifting in Street stories than she used to, and Desiree Casado is terrific. One such display of Gabi’s skills comes in “The Weird Animal Song.” It’s complete nonsense, and she delivers it with that signature Rodriguez enthusiasm.

Musical Highlight: Wayne Brady’s version of “Between” is so great that it was included in the 35th anniversary “What’s the Name of That Song?” DVD release.

Classic Song Debut: “ABC Hip Hop” by Miles and a bunch of monsters, which might be Miles’s all-time career highlight.

Curriculum Focus: Muppet Wiki says the focus was “going global to emphasize similarities among all of us while celebrating our cultural differences.”

Best Celebrity Moment: It’s fun to hear Diane Sawyer sing “It All Adds Up.” It feels like those Muppet Show bits where a guest would do something outside of their usual range.

WTF Moment: Elmo declares his love for Gina by giving her a pizza with “LOVE” spelled out in pepperonis.

One More Thing: This season also saw the introduction of “Global Thingy,” a recurring segment with the dumbest possible name.

Okay, One More Thing: In one episode, Stinky the Stinkweed turns into a real boy, and it is unsettling. 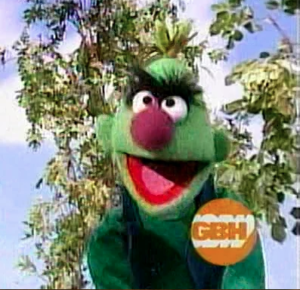 Click here to write about the season’s other 20 episodes on the Tough Pigs Forum!