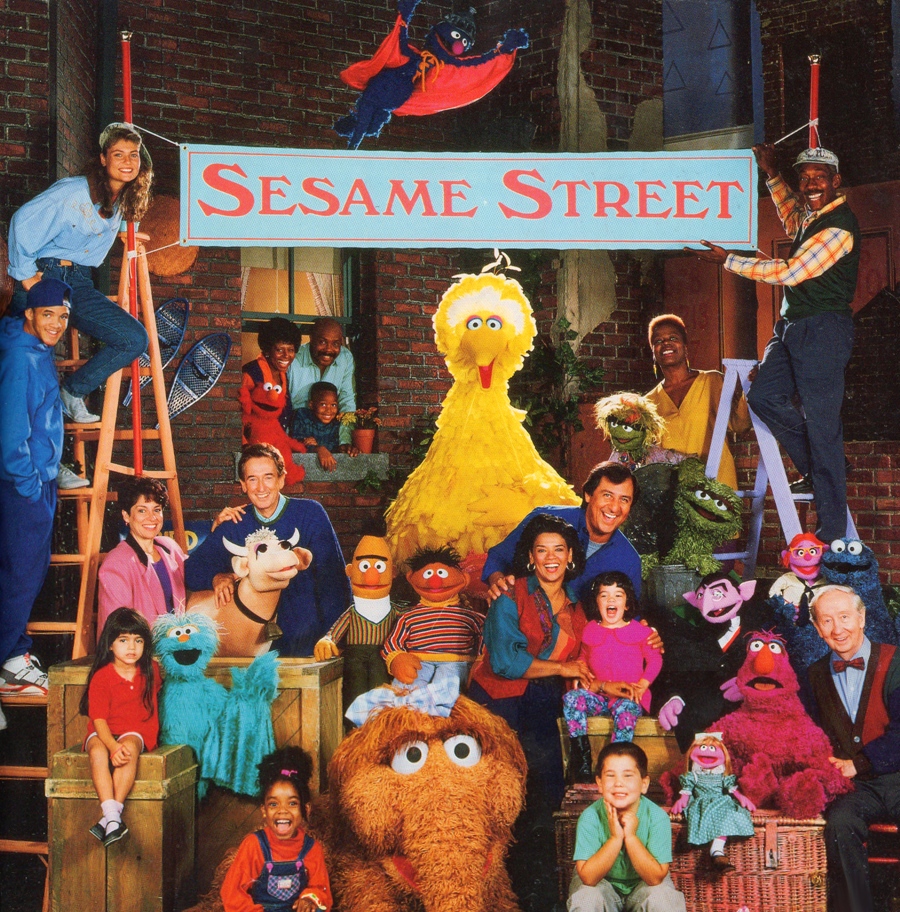 1991-92’s Season 23 is the first season of this great show that I’m reviewing that aired after I stopped watching or paying a lot of attention to Sesame Street. After all, there’s a big difference between being eight and being eleven, and most of this season aired when I was the latter. In 1992 I was going through the trials and tribulations of my first year of middle school, and being honest, I probably would have found some comfort in taking some periodic visits to the longest street in the world. Mainly because the street got a lot longer this season, as our intrepid New Yorkers (it’s never been confirmed which borough, but the show is obviously set in NYC) go out west to Big Sky Country for some genuinely ground-breaking episodes.

So, in the spirit of where I was while this season aired, I present to you:

Five Things to Know about Sesame Street Season 23 Before You Start Middle School:

1. To learn about Native Americans, Big Bird, Oscar, The Count, Maria, and Luis travel to The Crow Ranch in Montana!

(Please note- the first minute of this old-school clip has no audio, but after that, the audio is great and this episode is lovely.)

These series of four (five if you count the lead up) episodes are pretty excellent. In a continuation of the show’s curriculum on race relations, our pals go to The Crow Ranch in beautiful Montana to learn about some very cool Native American culture! Also striking about these episodes is the way that they gently educate viewers about the country lifestyle as well. We currently live in a country where there isn’t a lot of empathy for the urban residents with the rural and vice versa, and it’s nice to see Sesame Street gently but radically trying to bridge that divide, and in the 90’s to boot! 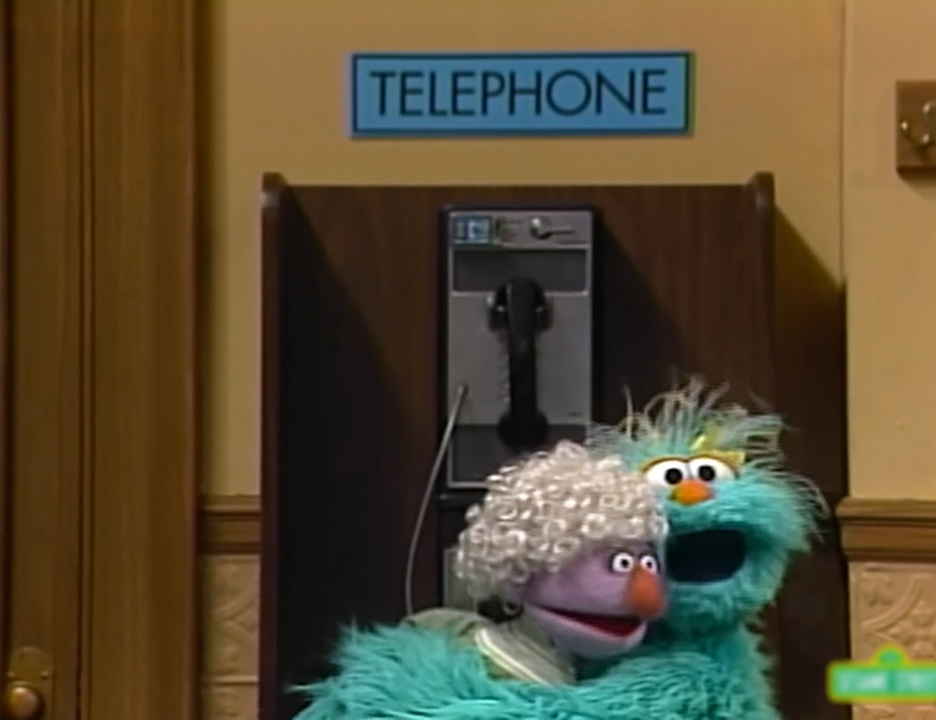 Yup, this is the season where our favorite Mexican monster gal-pal Rosita joined the cast. Rosita is the first recurring bilingual Muppet on the show. Her full name is Rosita, la Monstrua de las Cuevas, which translates to the intimidating Rosita, Monster of the Caves! Muppet performer Carmen Osbahr has played Rosita since the beginning and even named the character after a friend from Mexico. Sonia Manzano (also known to loyal viewers as Maria) coined Rosita’s cool and crazy last name. Rosita used to have wings, but she lost them, maybe to evolution? Who needs wings when you can take the subway, after all.

Although it’s not from this season, I’m including this awesome clip of Rosita hanging out with her old pal Little Richard, where both Muppets’ personalities really shine through. Wait, Little Richard isn’t a Muppet? You’re gonna have to fight me on this one folks, I’m almost certain I’m right about Little Richard being a Muppet.

In a smart play on Madonna’s Blond Ambition Tour, Big Bird went on a similar tour around Sesame Street, playing music while making Telly cart a giant rock around for the ride. Poor neurotic Telly: always the roadie and never the rock star.

4. This Season Featured the Debut of a Lion Named Chicago who was a Vegetarian. 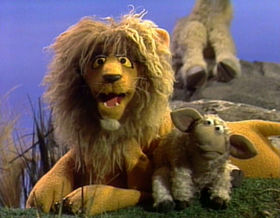 So don’t try to feed him Gladys the Cow for dinner, thanks!

5. En Vogue Went on an Adventure

This oh-so-very 90s New Jack Swing-style song (featuring kids doing the running man, I mean it’s almost a parody of itself) made it’s debut this season. This is a classic Sesame Street moment featuring some impressive vocals from En Vogue, and the whole thing is inspired by comics. This is 90s Sesame at it’s best!

Hope you enjoyed the list, and if you’re currently eleven years old and reading this, you’ll be sure to impress your new prepubescent pals on your first day of school in September with these facts about Sesame Street Season 23.

Want to convince them with some superlatives instead? Well, read on!

Nah, I kid. Definitely, these two titles have to go to Rosita, who is still on the show today! The creators of Sesame Street always have their eye towards inclusion, and there’s a lot of innovative plots and lessons that can arise from a Muppet Monster from Mexico. Although it’s not this season, it’s worth watching this episode I’ve included here, about how Rosita learns to love her accent after she’s forced to star in a bad parody of My Fair Lady (which is a sexist, overrated musical to begin with!). 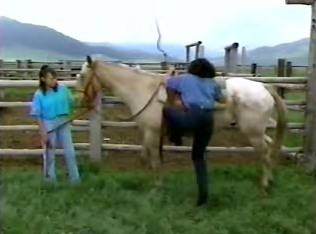 Watch Maria try to get on a horse in the clip of this episode I posted earlier in the article and don’t tell me that she’s not the most valuable. Poor Maria, she’s clearly a City Slicker of the first degree.

This isn’t a character departure, but a sort-of segment departure. This is the LAST season to use the absolutely rockin’ funk version of the Sesame Street theme in the funding credits at the end of the show. Generations had grown up grooving to this memorable version of the song, and now it’s gone from the show, and the days are a little less sunny.

One More Thing: Big Bird should learn the difference between music genres and the heavy objects they’re named after. What’s he trying to do, kill Telly? Geez. 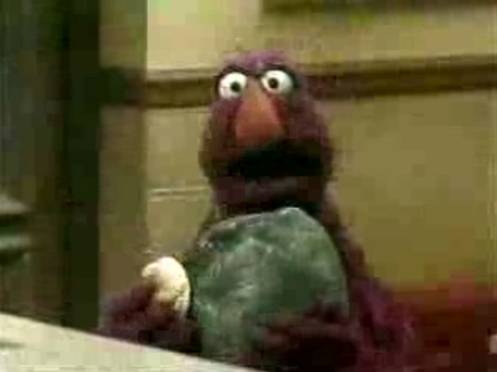 Click here to ride a horse to the ToughPigs forum!