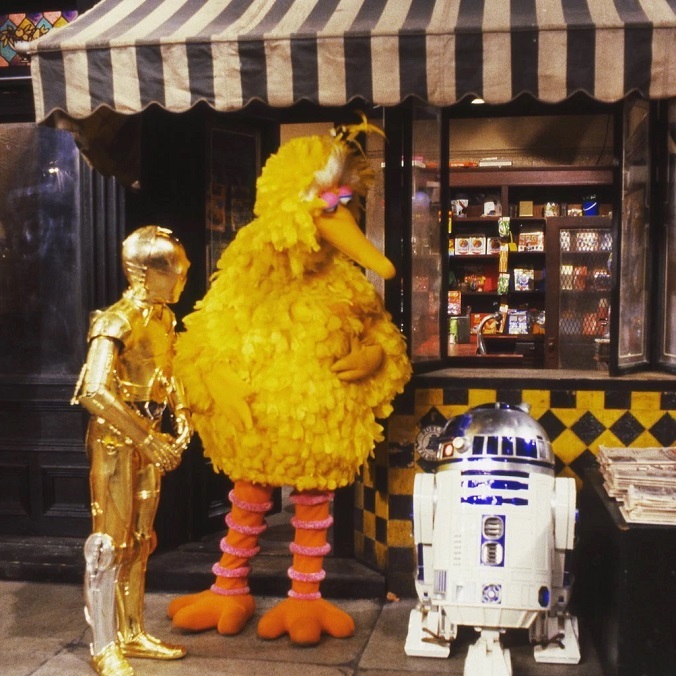 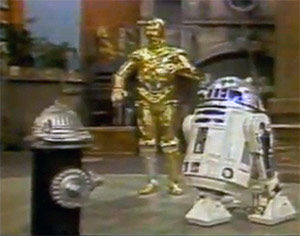 The most famous scene finds R2-D2 falling in love with a fire hydrant, but the Star Wars Droids get plenty to do: 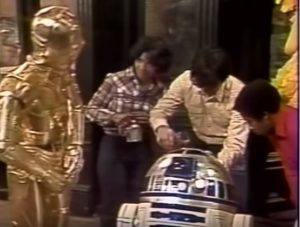 They get some oil from the Fix-It Shop. 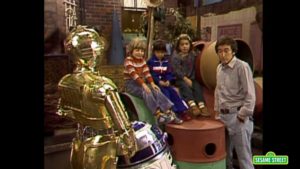 They say the alphabet with Bob. 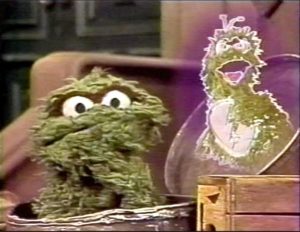 They deliver a hologram message to Oscar from Lothar the Space Grouch. 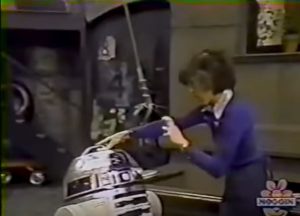 We get confirmation that Artoo understands American Sign Language, and Linda touches his head to hear him based on how he’s rumbling.

All of this is delightful. The writers are clearly thrilled to play around with these characters, and it’s a true joy to watch. So it’s perfectly fine that these episodes are remembered as “The Star Wars ones.” But we all know that street scenes account for maybe fifteen minutes of any given Sesame Street episode. So that leaves 45 minutes in each episode. Let’s talk about what else happens. 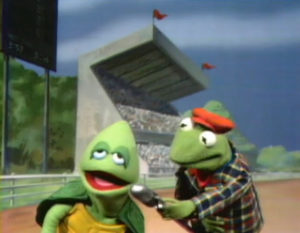 There’s a hilarious Sesame Street News Flash about the Tortoise & the Hare, featuring Frank Oz as a slow-talking tortoise. There’s a cartoon where the letter J hooks up with various other letter cars to make words. There’s a film about baby zoo animals being fed milk from a bottle. 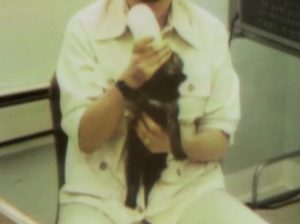 We get to hear the gorgeous harmonies of Jerry Nelson, Joe Raposo, and Jeff Moss as a barbershop trio singing “High, Middle, Low.” We get to see a Valentine’s Day heart transform into a Valentine’s Day chicken. We get to watch a wombat scratch itself for thirty seconds. 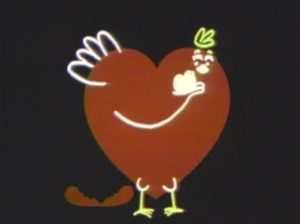 Lena Horne sings “Bein’ Green” to Kermit. Ernie works himself into a frenzy wondering why Bert isn’t home yet. Beans and Milk both make their way from farm to pantry. Some otters slide around on the ice. Caterpillars never wear brown boots. 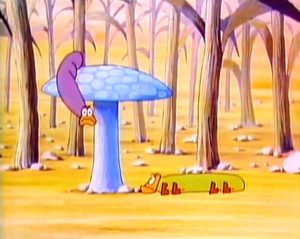 So, all in all, a pair of typical Sesame Street episodes. A whole bunch of stuff smashed together, some of it brilliant and some of it bizarre. But, most importantly for our purposes, almost none of it was new except for the street scenes. Now, dozens of new segments were made for season 11, but they mostly don’t appear in these particular episodes. 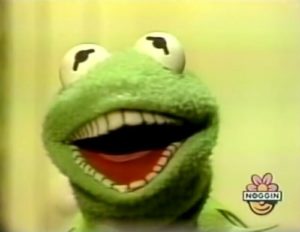 Between both of these episodes, there’s exactly one sketch that was made for season 11 – the one where Grover tries to sell Kermit a toothbrush. Even that had debuted in an earlier episode of the season. Everything else was old. To pick two random examples that I linked to above, “Here Come the Beans” is from season 5, and “High, Middle, Low” debuted all the way back in season 2. These are clip shows, because every episode of Sesame Street is a clip show.

Among those clips, we can even find gems that we’ve never seen before. In particular, one of these episodes contains a sketch called “The Cursed Prince” that’s one of the most brilliant things I’ve ever seen on Sesame Street. In it, Grover narrates the story of the Cursed Prince (played by David) and his beloved princess (Maria). From that basic setup, it goes to some absurd and hilarious places. Go watch it right now. 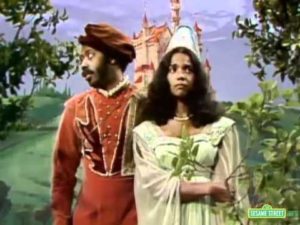 Well, that sketch debuted in season 8, but I watched it as part of these episodes. Theoretically, I should be focusing on new material because we already covered season 8. I could ignore all the recycled sketches and present season 11 like it’s all shiny new stuff for 1979-1980. But that would be talking about some other show, not Sesame Street.

“The Cursed Prince”, like everything in these episodes, is part of season 11 because it appears there. That’s the experience of watching Sesame Street – old and new segments, all smashed together. The new stuff is no more important than the old, certainly not to the preschool audience. It’s all just Sesame Street.

No other TV show has ever been quite like that. It’s what makes Sesame Street special. It’s why certain sketches are still burned into our brains as adults, and it’s definitely why we’re still talking about the show after 50 years. 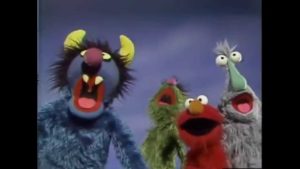 Notable Character Debut: The puppet we would come to know as Elmo debuts this year, singing “We Are All Monsters.” Someday, all monsters would indeed bow before him, but not yet. He’s basically just an Anything Muppet at this point.

MVE (Most Valuable Episode): The season opens with a six-episode visit to Maria’s family in Puerto Rico. I love that the show spent so much time on long trips, visiting the extended families of its regular human characters. 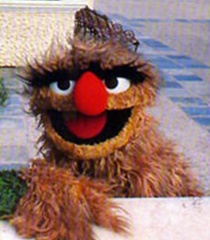 MVM (Most Valuable Muppet): Oscar’s Puerto Rican cousin Osvaldo, who appears in the opening episodes and visits Sesame Street later in the season. What a kooky guy!

Classic Sketch Debut: Grover tries to sell Kermit a toothbrush, and then gives him teeth to make the product more appealing. One of the best examples of that classic Grover/Kermit chemistry.

Classic Song Debut: “Born to Add,” my personal pick for the best song parody in the history of Sesame Street. Christopher Cerf (and the musicians who played on the track) nail Bruce Springsteen’s sound perfectly, and the idea of “Counting as teenage rebellion” is hysterical.

Curriculum Focus: Muppet Wiki doesn’t list anything specific on the season 11 page, but the season did feature a recurring segment starring ballerina Suzanne Farrell as she demonstrates various dances and positions.

Best Celebrity Moment: Outside of the Droids, the celebrity pickings are pretty slim this year. We did get appearances from delightful character actors Mary Wickes and Frances Sternhagen, so let’s go with them!

WTF Moment: In their first episode, the Droids come in a spaceship. In their second episode, they take a bus to Sesame Street. All the way from Tatooine?! 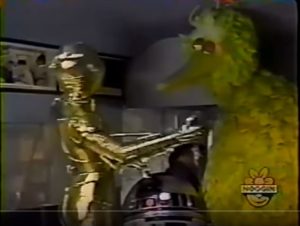 One More Thing: The Droids were on The Muppet Show (with Mark Hamill and Chewbacca) this same year. All three episodes aired in January-February 1980. Four months before The Empire Strikes Back came out, the Star Wars publicity machine was aimed squarely at the Muppet fan demographic. What a wonderful time in our history.

Okay, One More Thing: Lucasfilm wasn’t a big operation yet in 1980, so the Droids appear courtesy of Twentieth Century Fox. Now it’s all Disney anyway, because everything is, and society is on the verge of collapse. 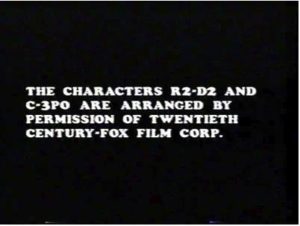