5 Thoughts on the Muppets Now Trailer

Yay, we have a trailer for the upcoming Disney+ series Muppets Now! Here, watch it again:

Perhaps it won’t surprise you to learn that I’ve watched it several times and paused it a lot so I didn’t miss anything. Here are some things I noticed…

Joe the Legal Weasel is a funny guy

The Muppet team has been using Joe, a weasel from the legal department, as a device for not giving away too much about this production. As performed by Peter Linz, Joe has very strict rules about what Kermit is allowed to say about the new show. He’s also a weasel in a tiny business suit, which is pretty great. I wouldn’t mind seeing more of this weasel (and it seems like we’re going to, because he’s also in one of the clips of Bunsen and Beaker doing a chemistry experiment).

But here’s a question: If Joe is so vigilant about doing his job, why can’t he get the legal rights for The Muppet Show cleared for Disney+?

There are a lot of Muppets

I knew Kermit, Fozzie, and Miss Piggy would be around, but I was happy to catch a glimpse of Uncle Deadly, the breakout star of the 2015 show The Muppets. And hey, there’s Big Mean Carl, and Link, and… a turkey wearing clothes. It looks like even Howard Tubman is showing up. Or at least I think that’s his snout I see in this one shot.

There are a lot of guest stars

All along, this show has been described as “unscripted,” which implies an improvised or reality-style show. But although they’re great on talk shows, the Muppets’ natural habitat is productions that have been carefully scripted by professional comedy writers, so it seemed like an odd direction to take. But when I see things like the Swedish Chef causing chaos in his kitchen, or Bunsen and Beaker doing an experiment that results in Beaker getting launched in the air… Well, wouldn’t it take a lot of coordination to accomplish these things with Muppets?

We also see a few brief clips of Muppets chatting with celebrities, so maybe those segments are improvised, and the wackier, more physical moments are tightly scripted. That would be a good compromise.

The premise is different from what we originally expected

When we first heard about Muppets Now, it was described as several “short-form” episodes. Now we’re hearing it’s six episodes, and the whole thing will be tied together by Scooter rushing to deliver the episodes so they can be uploaded and streamed in time. That kind of sounds like a streaming-era version of the classic Muppet “the show must go on” vibe. So that sounds pretty Muppety!

Click here to [REDACTED BY JOE THE LEGAL WEASEL] on the Tough Pigs forum! 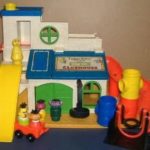