We Muppet fans have been crawling through a harsh desert of no Muppet stuff for quite a while now, so hearing the announcement of an upcoming Muppet series on Disney+ was like glimpsing an oasis in the distance. An oasis with cool, refreshing comedy. An oasis with talking frogs instead of palm trees.

As excited as we are, the truth is we don’t know a lot about the new show, Muppets Now. Here’s what we’ve been told:

And that’s all! As always, our fan imaginations are running wild. What will this show be like? I have no idea! But here’s my hastily-written list of 5 Things I Hope to See in Muppets Now. 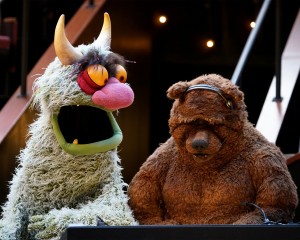 I hope it features a bunch of characters, including the wacky ones.

It’s a sure thing that Muppets Now will star Kermit, Piggy, Fozzie, and Gonzo. Animal will probably show up too. But I don’t just want to see the big guys. I want to see characters from the greater supporting cast. Let’s see Lew Zealand and Link Hogthrob! Let’s see Big Mean Carl, Yolanda, and Marvin Suggs! Let’s see Bobo, Constantine, and Beauregard! Some of these characters work better in short-form sketches than longer narratives anyway, so this is the perfect opportunity to give them a spotlight. 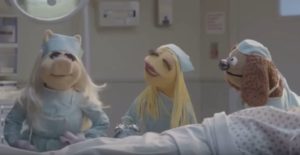 It would be pretty easy for the creative team on this show to just put the Muppets and their guests on the set of “Pigs in Space” and “Muppet Labs,” turn the cameras on, and call it a day. It would certainly lead to a lot of “OMG Pigs in Space is back!” comments on Twitter. 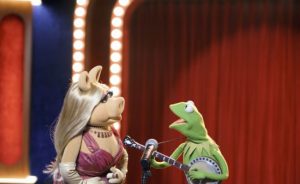 I hope the Muppets get to sing.

The fact that this series is described as “unscripted” tells me it probably won’t and can’t include fully choreographed music videos with high production values, like “Bohemian Rhapsody,” “Jungle Boogie,” or “Kodachrome.” But Muppets are musical, and we didn’t get to see enough of that on the ABC series, so I’d still like to see them break into song occasionally. It could be classic songs, recent pop hits, or Broadway show tunes. Or heck, candy bar jingles. (Wouldn’t it be a hoot to hear Sweetums do the Kit Kat “give me a break” tune?) I just want the Muppets to sing! 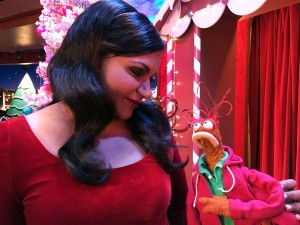 I hope the guest stars are really good.

The Muppets worked with some top-notch celebrities on the ABC series The Muppets. They could bring back some of those people – Reese Witherspoon, Mindy Kaling, and Key and/or Peele would all be great to see in another go-round with Kermit and company. And if this series really is unscripted, all the guest stars should be good at comedy. I’d hate to see some dull athlete or pop star dragging Fozzie down while he’s trying to be hilarious. 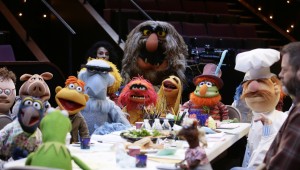 I hope it leads to more stuff.

I haven’t counted them all, but I’d estimate there have been about 853 original series announced for Disney+. With all those shows, plus the catalog of old stuff (I hope they have The Gnome-Mobile!), there’s going to be a lot of stuff for folks to watch that isn’t Muppets. But I think the short-form format and the love for the characters can work in their favor. With any luck, every Disney+ subscriber will watch every episode of Muppets Now multiple times, and it’ll become the biggest streaming hit in history, and they’ll make nine more seasons and some new Disney+ original Muppet movies.

P.S. If you bookmark this article, you can come back to it the next time a new Muppet series is announced. The exact same five points will apply!

Click here to be unscripted on the Tough Pigs forum!

5 Thoughts on the Muppets Now Trailer