Hey, have you been listening to Movin’ Right Along: A Muppet Movie Podcast? It’s Tough Pigs’ own podcast, hosted by Anthony Strand and myself, where we watch The Muppet Movie two minutes at a time and talk about it… a lot! In fact, we talked about The Muppet Movie so much that we recently finished talking about the entire movie. So if you haven’t been listening: Now is the perfect time to start! If you start now, you can hear us talk about everything from the Muppets’ arrival at Worldwide Pictures to “Rainbow Connection” to the introduction of the Electric Mayhem to Animal’s giant head to Orson Welles!

(If you have been listening: Thank you! We appreciate you allowing us into your ears every Tuesday for the past 49 weeks.)

For those who haven’t checked it out yet, here are some places you can find the podcast:

Now, when you watch The Muppet Movie two minutes at a time and really scrutinize it, you can learn a few things you never knew before, even if you’re a big Muppet nerd like us. Here are just a few of the fascinating facts I learned doing the podcast:

– Statler and Waldorf’s car in the opening scene is a 1922 Rolls Royce.

– This movie was the third time Kermit rode a bicycle, after The Muppet Valentine’s Show and Emmet Otter’s Jug-Band Christmas. 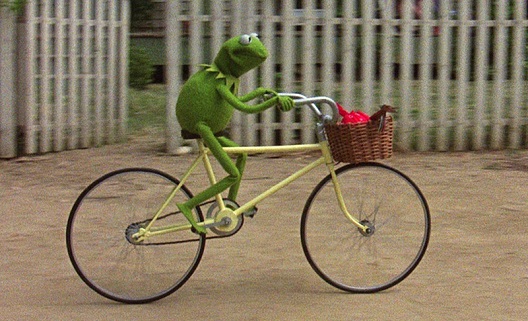 – There are 5 actors in this movie who have appeared in Pixar movies: Austin Pendleton (Finding Nemo), Madeline Kahn (A Bug’s Life), Frank Oz (Monsters, Inc. and Inside Out), Dave Goelz (Inside Out), and James Coburn (Monsters, Inc.).

– Doc Hopper offers Kermit $500 to appear in his commercials. Adjusted for inflation, the sum of $500 when this movie came out is equivalent to $1,706.91 today.

– An earlier draft of the screenplay included several cameos by former Secretary of State Henry Kissinger, who showed up repeatedly to beg Kermit for a part in the movie.

– Based on the locations mentioned in the lyrics, Kermit and Fozzie travel at least 2,200 miles during the song “Movin’ Right Along.” 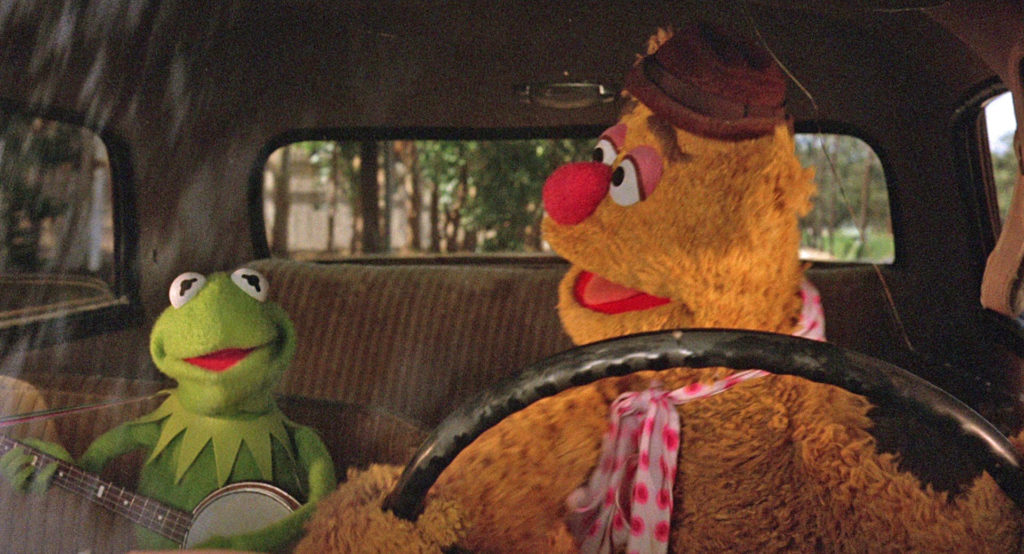 – There are candles in the Electric Mayhem’s church. When Kermit and Fozzie walk in, the candles are unlit, and one of them falls off the railing. When “Can You Picture That” starts a moment later, the candles are all lit.

– The city of Bombay, India, where Gonzo wants to go to become a movie star, changed its name to Mumbai in 1995.

– The runners-up in the Bogen County beauty pageant that Miss Piggy wins are named Debbie Sue and Alma Jane. 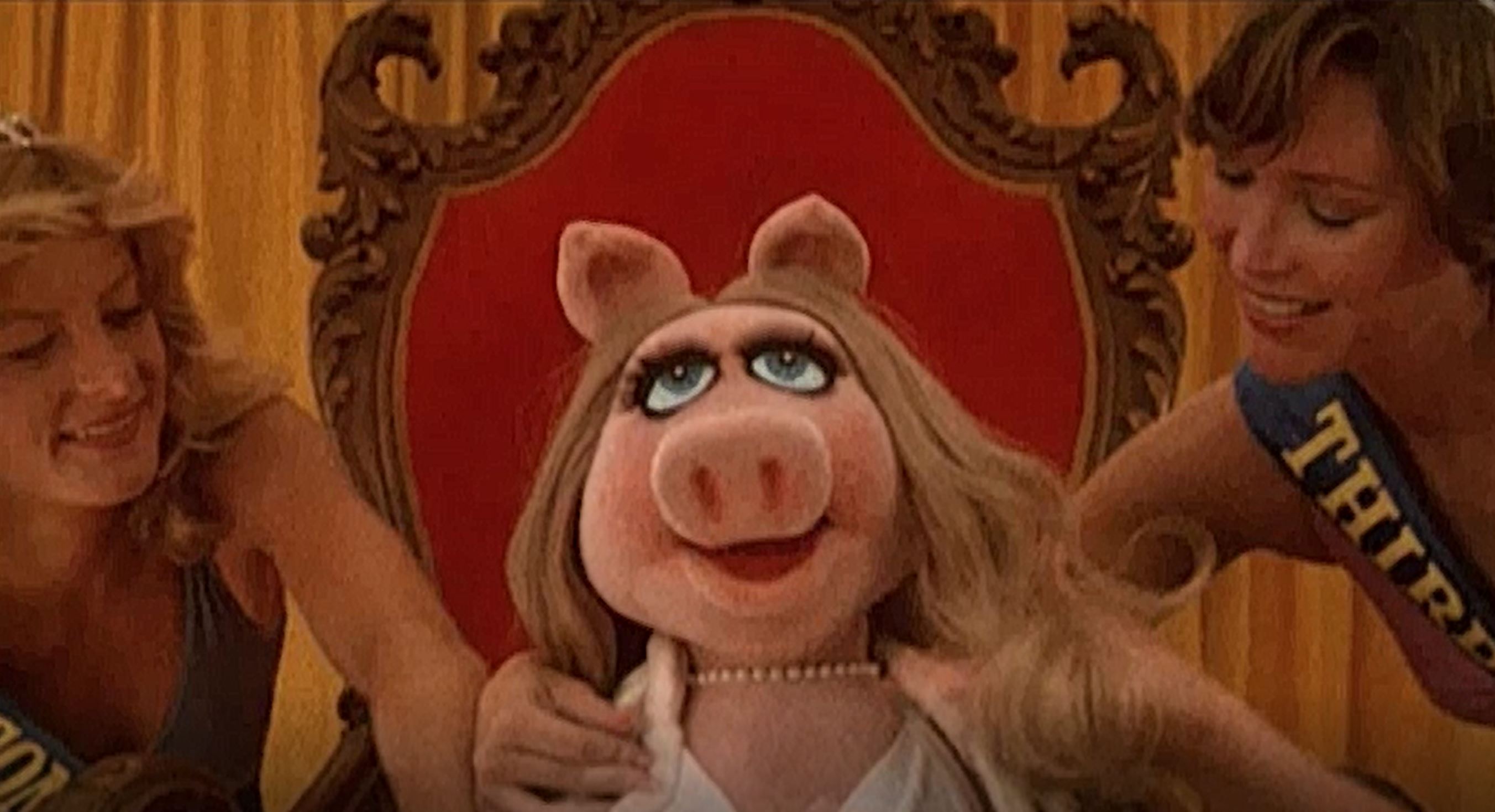 – In the fantasy sequence, the shot of Kermit and Piggy under the lamppost is a reference to the 1945 film Brief Encounter.

– Despite valiant efforts, my co-host Anthony can’t bring himself to like Bob Hope. He just doesn’t enjoy Bob’s antics.

– Idaho winemakers were not amused by Steve Martin’s “Sparkling Muscatel — one of the finest wines of Idaho!” joke, which they perceived as belittling their proud industry.

– When Rowlf says “I’m no Heifetz, but I get by,” it’s a reference to Jascha Heifetz… who played violin, not piano.

– Although the voices of the Muppet performers are dubbed over Doc Hopper’s goons in the barn fight, those aren’t the Muppet guys onscreen. Jim Henson is NOT the guy in overalls, no matter what you read elsewhere on the internet.

– In that same scene: Miss Piggy’s “angry eyes” were made by Muppet performer Kathy Mullen. 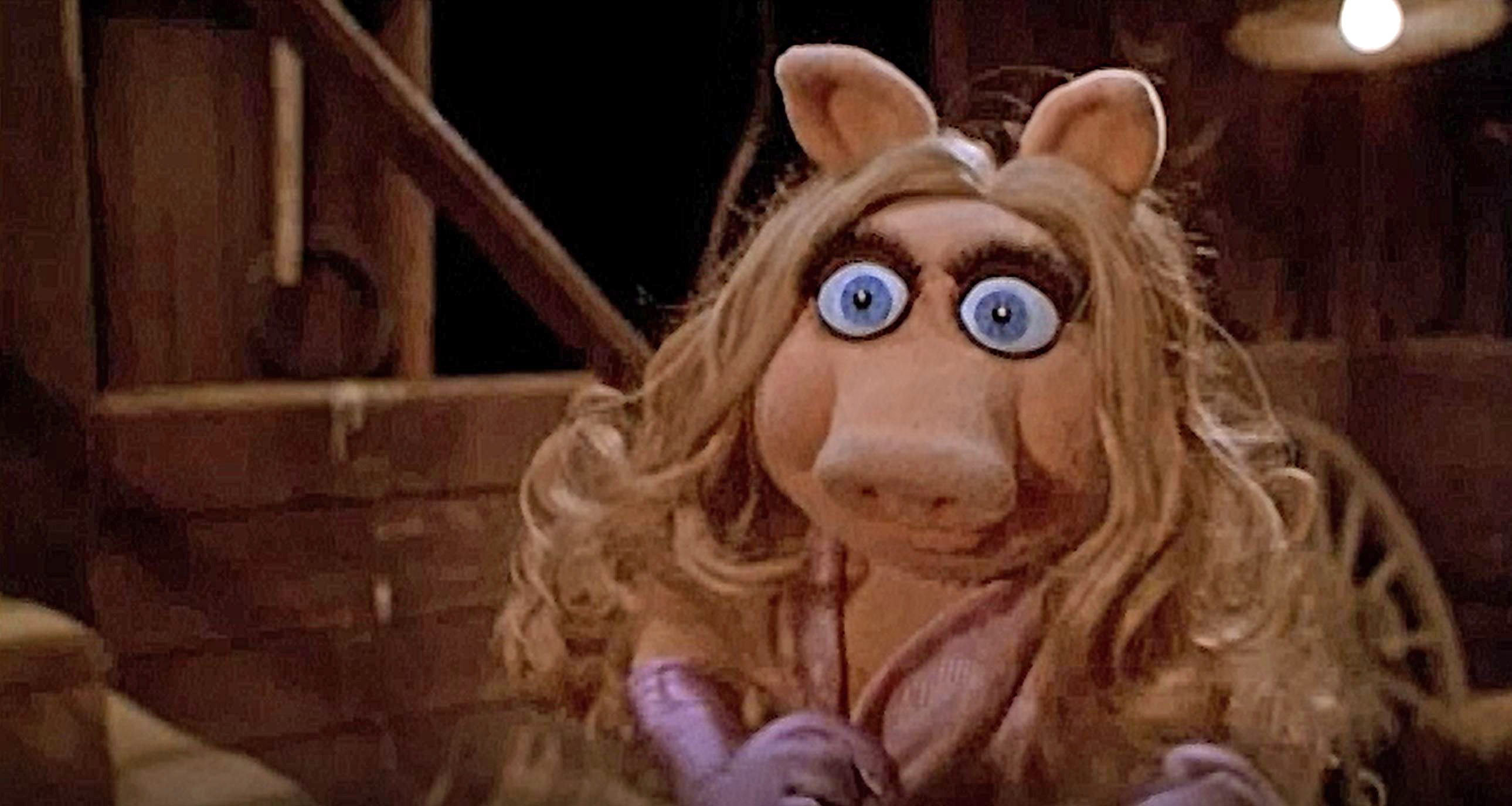 – An earlier draft of the screenplay includes Doc Hopper attempting to drop a bomb on Kermit. It misses because Max forgets “three” while counting down from five to one.

– The frog-killer Snake Walker is played by an actor named Scott Walker (but he’s not the lame-duck governor of Wisconsin).

– Snake Walker’s harpoon may have been inspired by the cruel method of hunting known as “frog-gigging.” Don’t look it up.

– An earlier draft of the screenplay described the song that would become “I’m Going to Go Back There Someday” as a duet between Gonzo and Scooter.

– The intersection of Hollywood & Vine in Hollywood is where you’ll find Walk of Fame stars for astronauts Neil Armstrong, Buzz Aldrin and Michael Collins. They got their stars in the TV category, for the widely-seen moon landing. 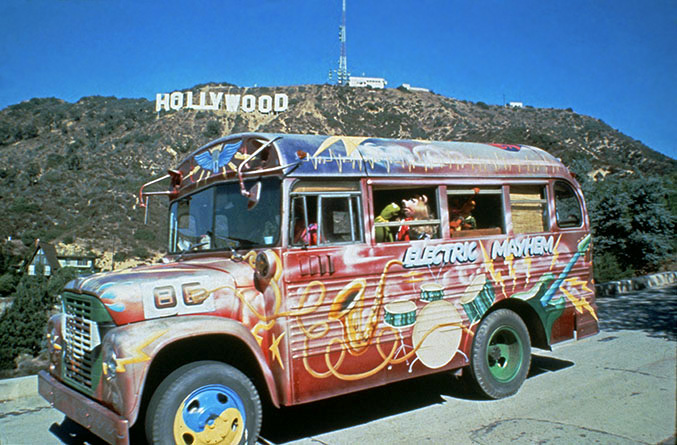 – A new Kermit puppet was built for this movie, then used on The Muppet Show thereafter.

– Jim Henson and Frank Oz disagreed over whether Doc Hopper could be redeemed. Jim thought he should be. Frank was more cynical.

– There are about 265 Muppets in the climactic shot at the end of the “Rainbow Connection” reprise. 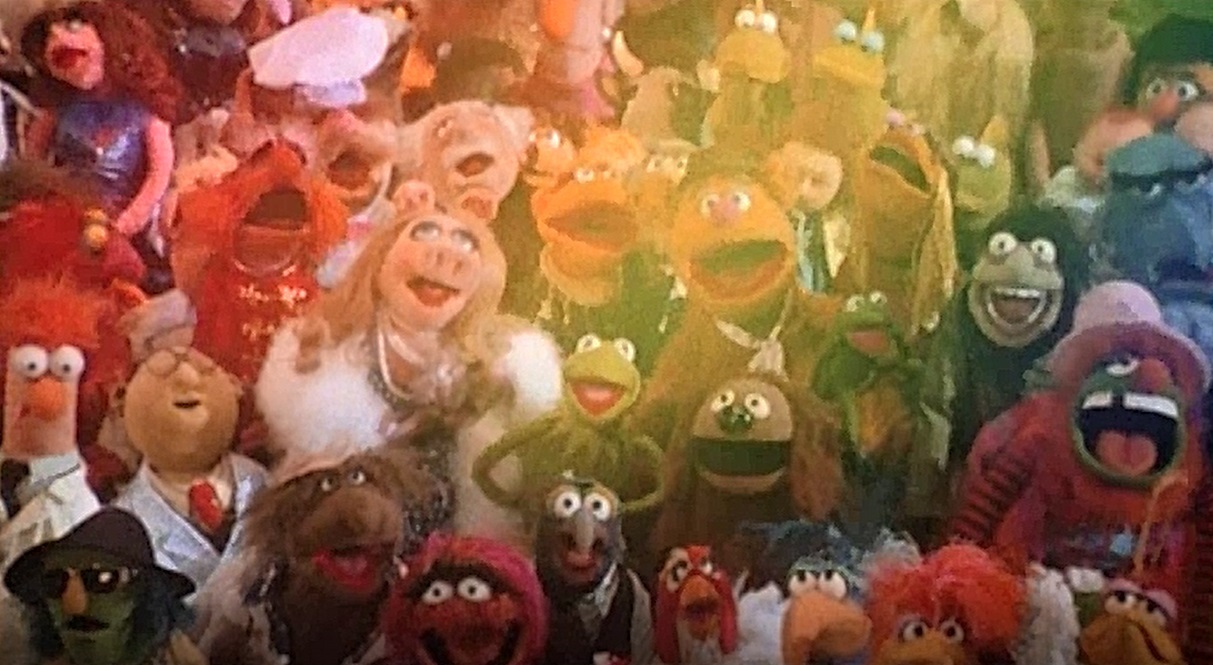 – One of the many puppeteers who worked on this movie was Olga Felgemacher, who later created the Flexitoon puppets seen on Shining Time Station and marionettes for the Nickelodeon show Pinwheel.

– Caroll Spinney’s name is spelled “Carroll” in the credits.

– In 1979, a movement called CAMPO — Campaign to Award Miss Piggy an Oscar — collected 35,000 letters from fans, and petitioned the Academy of Motion Picture Arts and Sciences to consider Piggy for Best Actress. She didn’t qualify because she’s a puppet. She was robbed!

And those are just some of the highlights! Over the course of the podcast, I learned lots more fascinating facts about The Muppet Movie — from my research, from Anthony, from our guests, and from our listeners. And when you listen to Movin’ Right Along: A Muppet Movie Podcast, you can learn them all too!

Also, if you haven’t watched The Muppet Movie in a while, I’d recommend revisiting it. It’s pretty good.

Click here to dub your voice over Doc Hopper’s goons on the Tough Pigs forum!

How to Make The Muppet Movie Blu-Ray Mellow and Profitable

Muppet Movie Inception: Kermit the Frog and the Theory of Layered Reality